BP back in the Gulf 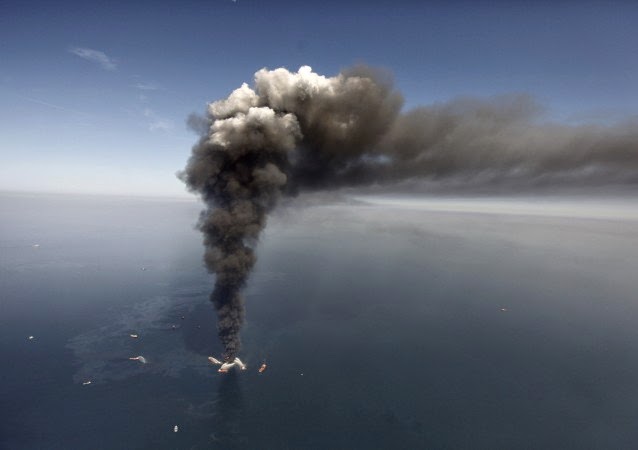 The U.S. government on Thursday announced that it will lift the ban that prevented BP from seeking new oil leases in the Gulf of Mexico, ending a lawsuit filed by the British oil company that said it was being unfairly punished for its disastrous 2010 Deepwater Horizon oil spill. The announcement comes nearly four years after the Deepwater explosion, which killed 11 crewmen and resulted in the largest offshore oil spill in U.S. history.

“This is a fair agreement that requires BP to improve its practices in order to meet the terms we’ve outlined together,” Craig Hooks, assistant administrator for EPA’s Office of Administration and Resources Management, said in a statement. “Many months of discussions and assessments have led up to this point, and I’m confident we’ve secured strong provisions to protect the integrity of federal procurement programs.”

Following the Deepwater spill, BP wasn’t always banned from seeking federal oil leases in the Gulf. For more than two and a half years after the disaster, the U.S. government continued to purchase fuel under contracts with BP. The last lease sale BP participated in was in June 2012, when they acquired deepwater leases. The U.S. government only announced that it would ban BP and its 21 related entities from seeking government contracts in November of 2012 and January of 2013.

BP filed its lawsuit against the U.S. government in August 2013, claiming the ban was unfair and didn’t take into account the company’s “strong safety record,” the lawsuit reads. The lawsuit sought to make the ban “null, void, and unenforceable,” and asked the court to prevent the EPA from enforcing it.

The agreement announced by EPA to let BP back into the Gulf will end that lawsuit, and will also establish a so-called “administrative agreement” designed to keep BP in check. Under the agreement, BP will be required to retain an EPA-approved independent auditor to conduct annual reviews and report on BP’s compliance. The agreement, EPA said, will include requirements on ethics, corporate governance, and safety procedures. There will be “zero tolerance” for retaliation against employees or contractors who raise safety concerns, the EPA said.

That November announcement brought the company’s total number of Gulf rigs to nine. Now, with the ban on federal drilling leases lifted, the sky’s the limit.
Posted by seemorerocks at 17:16