A Cabinet Office team has delayed the release of radiation measurements from three Fukushima Prefecture municipalities, and plans to release them later with lower, recalculated results, the Mainichi learned on March 24. 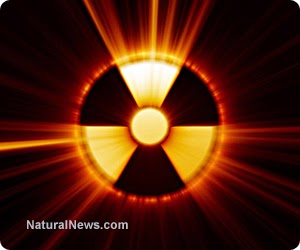 The three municipalities are currently covered by evacuation orders imposed after the March 2011 Fukushima No. 1 nuclear plant meltdowns -- evacuation orders the government plans to lift in the near future. According to one source, the original measurements were higher than expected, prompting the Cabinet Office team -- set up to support victims of the nuclear disaster -- to hold the results back over worries they would discourage residents from returning.


The Mainichi has acquired documents drawn up in November last year detailing the radiation measurements and intended for release. The documents, however, were never made public. According to this and other sources, the measurements were taken in September last year in the city of Tamura's Miyakoji district, the village of Kawauchi and the village of Iitate by the Japan Atomic Energy Agency (JAEA) and the National Institute of Radiological Sciences (NIRS), using new dosimeters.


The measurements were taken by leaving the dosimeters for several days indoors and outdoors at schools, houses and other buildings, as well as in plastic boxes set up on farmland and in the wilderness. The data was given to the Cabinet Office team in mid-October. Most radiation measurements have been done from the air, and the Cabinet Office team wanted to compare results taken on the ground with these measurements and make radiation estimates by job type -- such as farmer or forestry worker -- and the assumption that people would spend eight hours outdoors and 16 indoors per day.


According to an inside source, the Cabinet Office team had noticed that measurements taken with older dosimeters distributed by Fukushima Prefecture municipalities to residents showed radiation measurements much lower than those recorded by aerial surveys. The Cabinet Office team had planned to release the latest measurements at meetings held by a Nuclear Regulation Authority team -- comprising national government officials, experts and prefectural residents -- between September and November last year, putting special emphasis on how low the figures were.


The new results, however, were significantly higher than expected, with the largest gap coming in Kawauchi. There, the Cabinet Office team had predicted radiation doses of 1-2 millisieverts per year, but the data showed doses at between 2.6 and 6.6 millisieverts. Cabinet Office team members apparently said that the numbers would "have a huge impact" and "we will need to explain them to the local municipalities," and release of the results was put off.


At the request of the Cabinet Office team, the JAEA and NIRS then recalculated the results by ditching the assumption that people would be outside eight hours a day, using instead 2010 statistics on how people spent their time collected by public broadcaster NHK. Under these new assumptions, a farmer was now expected to spend around six hours a day outdoors. The new, lower radiation exposure results were submitted to the Cabinet Office team this month and are scheduled to be released soon to the three municipalities concerned.


Atsuo Tamura, an official on the Cabinet Office team, admitted the team had drawn up the unreleased documents and that the radiation results had been recalculated, but denied it was hiding anything, saying, "We did not hold the results back because they were too high. We did so because it was necessary to look into whether the assumptions for residents' lifestyle patterns matched reality."


However, associate professor of radiation and hygiene Shinzo Kimura of Dokkyo Medical University told the Mainichi, "The assumption of eight hours a day outside, 16 hours inside is commonly used, and it is strange to change it. I can't see it as anything but them fiddling with the numbers to make them come out as they wanted."

Posted by seemorerocks at 11:50