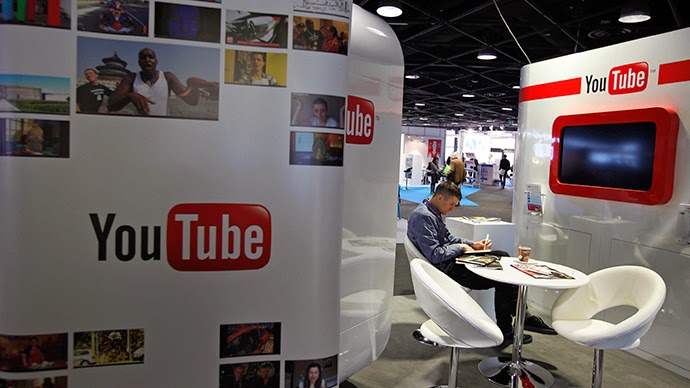 Access to YouTube has been cut off in Turkey after an explosive leak of audiotapes that appeared to show ministers talking about provoking military intervention in Syria. Other social media have already been blocked ahead of tumultuous local elections.

The latest leaked audio recording, which reportedly led to the ban, appears to show top government officials discussing a potential attack on the tomb of Suleyman Shah, the grandfather of the founder of the Ottoman Empire. 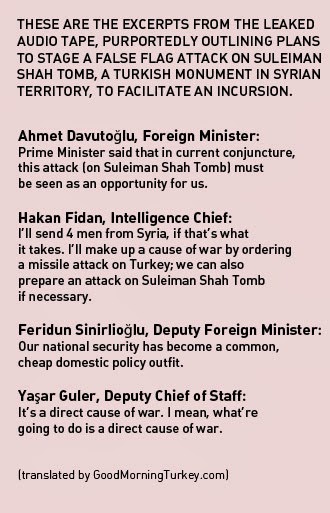 The tomb is in Syrian territory, but protected by Turkish soldiers.

On the tape, Turkish Foreign Minister Ahmet Davutoğlu is heard to say that Prime Minister Recep Tayyip Erdoğan sees any attack as an "opportunity" to increase Turkish presence in Syria, where it has staunchly supported the anti-Assad rebels. Security chief Hakan Fidan then goes one step further, and suggests staging a fake attack to give Turkey a casus belli to intervene in the conflict.

Turkish officials have recently vowed to protect the tomb as its "national soil."

The Foreign Ministry in Ankara reacted to the tape by issuing a statement, calling the leak a “wretched attack” on national security. It also claims the tape was “partially manipulated.”

A source inside the office of President Abdullah Gül, who has taken a softer line than Erdoğan over the series of government leaks, told Reuters that access to YouTube may be restored if the sensitive content is removed, even though the original video has been deleted.

Invoking national security and privacy concerns has been the government’s tactic in fighting off a stream of leaks showing top officials engaging in unsavory or downright illegal practices.

Erdoğan has also repeatedly claimed that most of the audio recordings are fakes. He labeled the latest audio revelation "villainous" during a stump speech in Diyabakir.

Twitter, another popular source for leaks, has already been shut down in Turkey since March 20, after a court order. 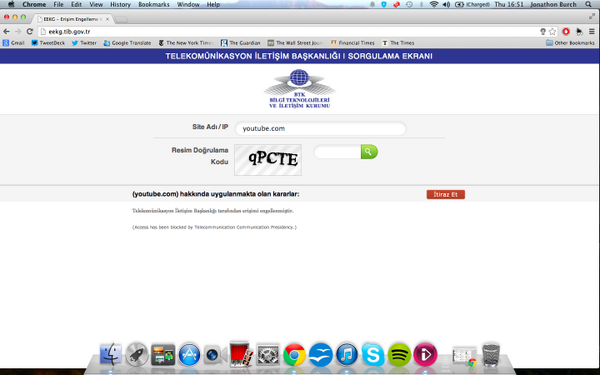 
Since then, the California-based social network and organizations have fought in several courts to have the decision reversed, calling it “disproportionate and illegal.”

A court ruling in Ankara on Wednesday supported the appeal, but the country’s regulator has a month to unblock Twitter, leading to speculation that any such move would only take place after the election.

The incumbent party also enjoys the benefit of robust privacy legislation passed last month, which makes it easy to cut off any website even before any violation has been legally proven.

The US has led the chorus of international condemnation, calling the government’s moves "censorship" tantamount to “21st century book-burning.”

Turkey is deliberately ignoring the fundamental right of freedom of the press by blocking access to social media platforms, Dunja Mijatović, the OSCE Representative on Freedom of the Media stated.

“A regulator exercising censorship by blocking is unacceptable in democracies, and it breaches numerous OSCE and other international standards that Turkey has committed to,” Mijatović said.

“I call on the authorities to preserve the free flow of information and media freedom both online and offline, and immediately restore access to YouTube. I also urge TIB to reinstate Twitter services without delay following yesterday’s court decision annulling the ban on the website,” added Mijatović.

Turkey has long been revered as a beacon of democracy in the Muslim world, but the corruption scandal rocking the nation has led to a clampdown by its government. And with the grip tightening on the judiciary, Internet and even Twitter, Turkey's civil society is being put to the test. Will the country live up to its democratic reputation or will it take an authoritarian turn? Oksana is joined by a senior editor at Today's Zaman, Sevgi Akarcesme, to examine these issues.

As we noted here, Turkish Prime Minister Erdogan had blocked Twitter access to his nation ahead of what was rumored to be a "spectacular" leak before this weekend's elections. Then this morning, amid a mad scramble, he reportedly (despite the nation's court ruling the bans illegal) blocked YouTube access. However, by the magic of the interwebs, we have the 'leaked' clip and it is clear why he wanted it blocked/banned. As the rough translation explains, it purports to be a conversation between key Turkish military and political leaders discussing what appears to be a false flag attack to launch war with Syria.

Posted by seemorerocks at 11:57