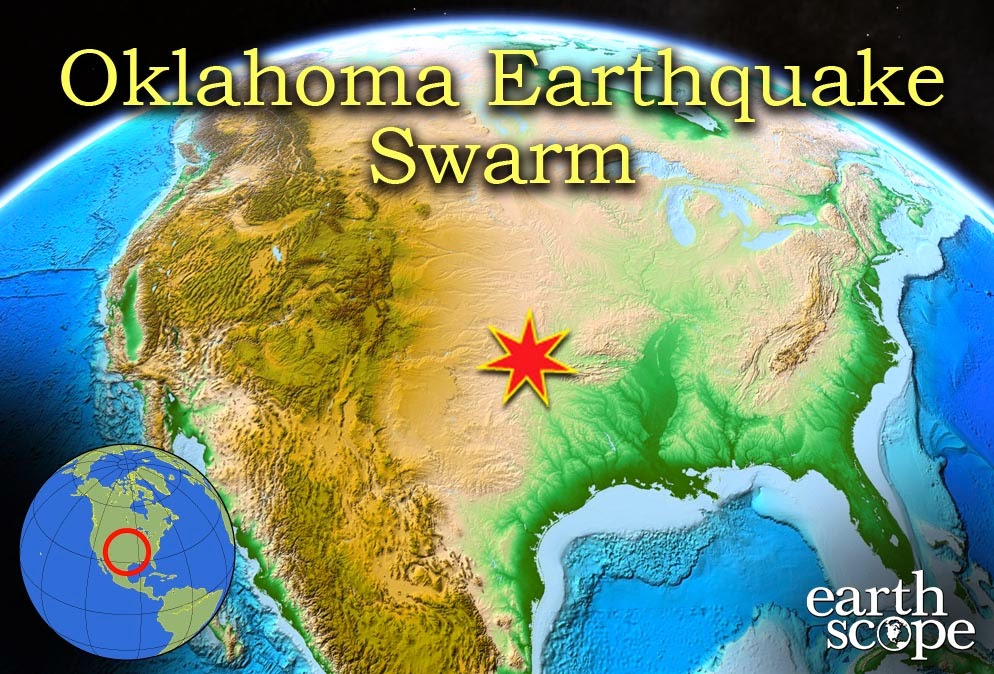 The U.S. Geological Survey has recorded 15 earthquakes in Oklahoma since about 9:30 p.m. Friday, the largest being a magnitude 4.0.

The 4.0 magnitude quake was recorded at 10:05 p.m. Friday about seven miles south of Langston. Three other quakes of magnitude 2.9, 3.0 and 3.3 were recorded Saturday afternoon in the Medford area.

The other quakes ranged from magnitude 2.4 to 2.9.

No injuries or damage are reported.

Geologists say earthquakes of magnitude 2.5 to 3.0 are generally the smallest felt by humans.

Scientists are studying why earthquake activity has increased in Oklahoma and whether it is connected to wastewater disposal related to oil and gas production -- but have found no answers.

The energy industry denies that the method is to blame for the increased seismic activity.

Posted by seemorerocks at 14:58