Triage for species in Australia

"Kakadu National Park has suffered a 95 per cent decline in mammals."

Scientists resign 'living dead' species to extinction, call for triage debate
The dramatic ongoing loss of Australian animal and plant species has prompted influential scientists to call on governments to start making tough decisions about which ones to save - and which species should be left to face extinction 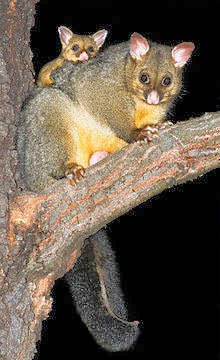 The proposal to triage Australia's unique species comes from some of the nation's most senior conservation biologists.

It is a radical and controversial shift from decades of hard-fought conservation victories aiming to preserve all species and wilderness.

"I'm afraid to tell everybody we're in a terminal situation. We're confronting a whole raft of species about to go over the extinction cliff," Professor David Bowman, an expert in environmental change biology at the University of Tasmania, said.

Professor Corey Bradshaw, director of the Environment Institute's Climate and Ecology Centre at The University of Adelaide, says Kakadu National Park has suffered a 95 per cent decline in mammals.

"The Great Barrier Reef has been suffering biodiversity declines for decades. Now if we can't get it right in our two biggest and most well-known and certainly the best-funded parks and protected areas in Australia, what hope have we for the rest of our national parks?"

Around Australia at least 100 unique species have already become extinct since European settlement with more than 1,500 under threat, but scientists suspect many more have vanished or are on the brink without anyone realising.

It is a worldwide phenomenon, with global extinction rates of species not seen at this level since the loss of the dinosaurs.

Some believe the current focus on saving all threatened species is misplaced, and say there should be more emphasis on saving the most vital ecosystems and species.

It could mean amending laws mandating recovery plans for all species, according to a senior environmental lawyer.

"The focus on threatened species seems doomed to failure, especially because of climate change," Jeff Smith from the NSW Environmental Defenders Office said.

"We need to be looking at key species that are able to drag ecosystems and other species up by the bootstraps."

Professor Bowman says the difficulty is confronting the notion that not all species are equal.

"If you put in one corner a rare butterfly and in another corner a Tasmanian devil, I have to say as a conservation biologist that the Tasmanian devil is more important - it's a top predator, it's at the end of an evolutionary lineage, it's charismatic, it's a mammal (and) we can't afford to lose such a thing," he said.

A battle for survival
Some environmentalists strongly oppose picking winners and losers, among them Greens Senator Larissa Waters.

Which species win support to survive and which ones miss out would stir controversy among local campaigners trying to save beloved species.

The orange-bellied parrot has more than 300 volunteers in Tasmania, Victoria and South Australia trying to preserve it in the wild.

"This is something we value as part of our natural heritage, something we want our children and grandchildren to see in the future," Debbie Lustig from Save the Orange-Bellied Parrot Campaign said.

"We can't afford not to spend the money on any of them."

We call those living dead or zombie species because the likelihood of them persisting for any reasonable amount of time in the future is pretty low.
---Professor Corey Bradshaw

But Professor Bowman says the parrot "looks like it's a goner".

"There are heroic efforts to try to keep it going in the wild. You really have to look at that expenditure and ask 'is this really a smart use of money?'" he said.
Species numbering less than a few hundred in the wild, like the orange-bellied parrot, are dubbed the "living dead" by scientists.

"We call those living dead or zombie species because the likelihood of them persisting for any reasonable amount of time in the future is pretty low," Professor Bradshaw said.

"So we've already basically resigned those species to some form of extinction within the near future."

He says conservation should prioritise those species critical to our life support system.

That means a pollinating insect could be more important than a beautiful bird.

"Things in the soil that allow us to grow crops, the slimy oozy parts of the wetlands that purify our water, all the creepy crawlies that pollinate all of our crops so we can eat," he said.

Environment Minister vows to help 'as many species as possible'

"We see that in terms of since European settlement in Australia we've lost at least 10 per cent of our land mammal species to extinction. So there are real and critical challenges," he said.

He says the Government has a three-part plan for threatened species.

"Firstly, appointing a threatened species commissioner whose job is to get teams in the field, to actually engage in species recovery," he said.

"We'll have somebody in place by July 1 and their job is not just to have plans on the shelf, but to have people in the field.

"Thirdly, a team of 15,000 young Australians in the field in the form of a green army who will be doing land rehabilitation, species recovery work and helping to create the environmental work force for the future."

He says the Government's goal is to "help as many species as possible".

"Anybody who tells you that they will save all species I think is not being honest," he said.

"There is a process which goes on and human impact on all lands, not just Australia, means that we have sadly lost species.

"My aim is to improve the trajectory of as many species as possible."