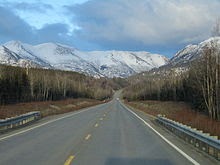 It appears as if Crimea’s recent split from Ukraine has set off a secession fever that is now spreading throughout the world. While everyone else was preoccupied by the crisis in Ukraine, three other regions tried to take matters of sovereignty into their own hands in the past week.

Alaska is the latest region where people want to be part of the Motherland, after nearly 25,000 people signed a White House petition for the state to formally secede from the US and join Russia.
The petition, entitled “Alaska Back to Russia,” appeals to the region’s historical roots when Siberian Russians originally migrated across the Bering Straits "16-10 thousand years ago." An anonymous Anchorage resident known only as AK began the petition on Friday.
According to official White House petition rules, it must reach 100,000 signatures by April 20 in order to be officially taken into consideration by the administration. This might not be so hard, considering that the online motion already has a quarter of the signatures it needs.
Ukrainian Police Kill The Leader of a Far-Right Group
Not to be outdone by Sarah Palin's home state, the nationalist Venetian organization, Plebiscito, held a referendum last week asking its residents if it wants the Italian region of Veneto to become an independent and sovereign republic. An overwhelming 89 percent of the more than two million people that voted said yes.
Plebiscito’s website reads: “The decision of the people on their future buys an absolute value that no other people, or entities, whether foreign state, or confederation, or union of foreign states, or individual or other power, can deny or invalidate.”
'We are demanding a referendum on returning Donetsk to its original bosom — Great Britain!

Despite what appears to be overwhelming support for secession, it is unlikely that Italy would allow Veneto to break away and gain independence. Even if it did, the European Union would likely make it extremely difficult for breakaway nations to join, so as not to set a precedent of independence en masse.
Not to be outdone by Crimea, the latest region that is looking to leave Ukraine is the eastern city of Donetsk. According to the Moscow Times, residents of Donetsk have started an online mock referendum campaign to join the United Kingdom, as the city was originally founded by Welsh businessman John Hughes in the 19th century
The appeal reads, "For more than a century Russians have deceived us by saying that this is an indigenous Russian city, and Ukrainians, that it is Ukrainian. We are demanding a referendum on returning Yuzovka (a previous name for Donetsk) to its original bosom — Great Britain!"
In a show of support (or humor), over 7,000 people signed the online petition.
What the hell is Transnistria, and is Russia about to invade it?
Although it appears that these petitions and referendums have received widespread popular support from their constituencies, it is unlikely any of these regions will ever achieve full-fledged independence. But if the recent developments in Crimea have taught the world anything, it is to never say never.