UK weather set to be warmer than Spain's
Warm spring weather forecast for much of the UK next week, making parts warmer than Madrid and the French Riviera 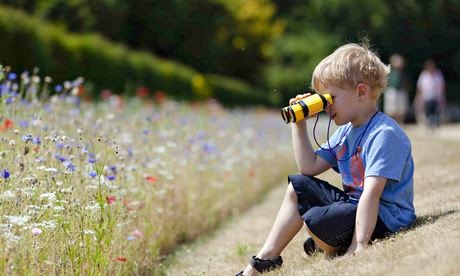 Britain is due to be warmer than Spain next week as temperatures reach 21C.

London will hit 20C tomorrow and 21C on Monday, making it hotter than Madrid, the Balearic Islands and the French Riviera.

The warm weather follows snowfalls in hilly areas of England on Friday morning that left parts of country, including Devon and Cumbria, with a covering of snow.

Clocks go forward an hour for the start of British summer time on Saturday night, meaning an extra 60 minutes in the sun on Sunday. Much of the UK will bask in warm weather for the best part of the week ahead as hot air from the continent spreads north, according to forecaster Rachel Vince.

"We are in for a bit of a mild spell over the next few days. It will be nice for most of the country," she said.

In Coventry, however, there were thunderstorms and a funnel cloud at the city's airport that could have developed into a tornado if it had touched down.

Other parts of the country will feel less of the balmy spring weather in the next week. Eastern Scotland and the north-east of England will see some misty spells, with Edinburgh set to reach only 12C on Monday. Temperatures are forecast to be 14C in Belfast and 17C in Cardiff.

Some western parts could see thundery showers on Monday.