The majority of Ukrainian providers have stopped broadcasting four main Russian TV channels in a move the Russian Foreign Ministry calls a violation of international obligations and an attack on media freedom. 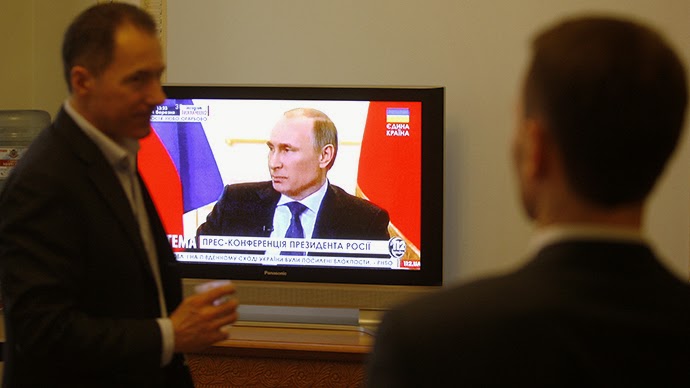 The majority of Ukrainian providers have stopped broadcasting four main Russian TV channels in a move the Russian Foreign Ministry calls a violation of international obligations and an attack on media freedom.

“It certainly can be considered only in terms of the an attack on democratic freedoms, and a violation of international obligations by Ukraine,” the ministry's commissioner on human rights Konstantin Dolgov told RIA Novosti.

Dolgov says that Kiev's court decision to ban Russian TV content violates “every right to watch television and have access to media in Russian.”

The commissioner said that although authorities in Kiev came to power in an “anti-constitutional coup” they had promised and “declared commitment to basic human rights and freedoms, democratic principles.”

“Of course, this decision in no way fits with such a declaration,” said Dolgov, questioning Kiev's commitment to other fundamental rights and freedoms as well.

On Tuesday, Kiev District Administrative Court ruled to suspend the broadcasting of four Russian channels in Ukraine for the duration of the legal proceedings. The lawsuit is expected to be considered later this week.

As of now, 443 out of 703 Ukrainian content providers licensed by the National Television and Radio Broadcasting Council of Ukraine have abided by the unofficial “recommendation” of the media watchdog and halted the transmission of Russian Channel 1, NTV-World, RTR-Planeta and Russia-24. 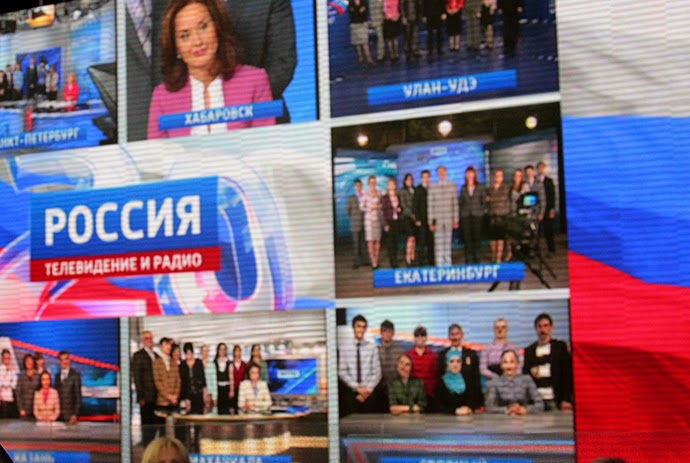 In the meantime, the National Security and Defense Council of Ukraine instructed the Prosecutor General's Office and the Security Service to investigate the activities of Russian TV channels for compliance with Ukrainian legislation. In particular, the probe is tasked to find “evidence of incitement to ethnic hatred, incitement to war, separatism.”

Ukraine’s own media, although generally sharing the coup government’s point of view on the situation in Ukraine, has also come under attack recently.

A Ukrainian nationalist MP assisted by a group of helpers – claiming to be members of a new media regulator – abused interim head of Ukraine’s National TV and bullied him into signing his resignation last week, accusing him of being not pro-Ukrainian enough. While the rights and media professionals groups condemned the attack, authorities appointed a new head of the broadcasting company.

Kiev's authorities in the meantime deny the rise of far-right extremism in a new democratic Ukraine and advise Moscow to instead “draw attention to the growth of the manifestations of fascism, xenophobia, and ethnic offenses in the Russian Federation,” according to Ukraine's Foreign Ministry statement, cited by NB news.

The Organization for Security and Co-operation in Europe (OSCE) has previously voiced numerous concerns over the attack on Russian TV channels in Ukraine by the self-installed government.
“Banning programming without a legal basis is a form of censorship; national security concerns should not be used at the expense of media freedom,” OSCE Representative on Freedom of the Media Dunja Mijatović said earlier this month.

“While I deplore any kind of state propaganda and hate speech as part of the current information war, everyone has the right to receive information from as many sources as he or she wishes,” Mijatovic said.“Switching off and banning channels is not the way to address these problems; any potentially problematic speech should be countered with arguments and more speech.”