A 4.8 magnitude quake rocked Yellowstone National Park in Wyoming near the border with Montana, the US Geological Survey said. There were several aftershocks with a magnitude over 3. 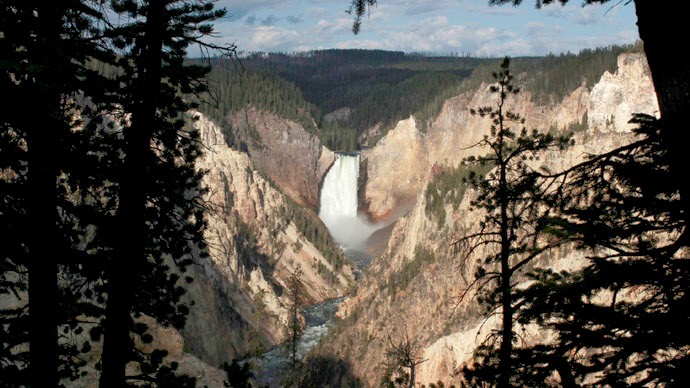 The quake was centered almost in the middle of Yellowstone National Park, near the Norris Geyser Basin, said Peter Cervelli, a spokesman for the USGS Yellowstone Volcano Observatory, NBC News reported.

He added that any damage from the temblor would likely be minor, noting there are not many visitors in the park at the moment.

There were no immediate reports of damage.

According to USGS there were four aftershocks recorded with a magnitude from 3.1 to 3.3. The USGS said that more are expected.

The secondary shockwaves are usually less violent than the main quake but can be strong enough to do additional damage to weakened structures, the USGS said.

Cervalli stated that the quake is not expected to trigger any volcanic activity.

Yellowstone National park, North America's largest volcanic field, is the home to a caldera, sometimes referred to as the Yellowstone Supervolcano. Due to the volcanic and tectonic nature of the region, the caldera experiences 1 to 20 earthquakes every day, according to Yellowstone observatory. However they are very weak often measuring much less than magnitude 3.

The quake on Sunday was the most powerful to hit the park since 1985. In the fall of 1985 in the northwest rim of the caldera during a three-month period of increased earthquake activity over 3000 events of magnitude 0 to 4.9 were recorded by seismologists.

Geologists are closely monitoring the rise of the Yellowstone Plateau. The upward movement of the Yellowstone caldera floor between 2004 and 2008 was almost 3 inches (about 7 cm) each year, according to a University of Utah scientists report in the journal Science in November 2008. That was more than three times greater than ever observed since such measurements began in 1923.

"Our best evidence is that the crustal magma chamber is filling with molten rock," said seismologist Robert B. Smith, lead author of the study and professor of geophysics at the University of Utah.


"But we have no idea how long this process goes on before there either is an eruption or the inflow of molten rock stops and the caldera deflates again," he added.

Heightened seismic activity in the state of Oklahoma 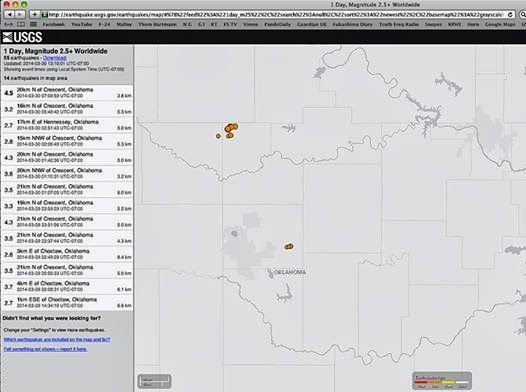