The threat of El Niño

“El Nino is certainly the mechanism by which stored Pacific Ocean heat is returned to the atmosphere. So it is exactly one major way in which ocean heat comes back to haunt us.
“As for extreme weather. El Nino causes major effects all on its own by resulting in major weather shifts and extremes around the globe. Add human-caused warming on top of that and you have some very strong extreme potentials.”

Australia is already suffering badly and an el Nino will make things significantly worse there.
Many years ago I pencilled in Australia as a region that will probably be abandoned due to climate change and will resemble a moon colony only inhabited by mining companies by 2050. But things do seem to be speeding up somewhat.

“An especially intense El Niño event in 1998 caused an estimated 16% of the world’s reef systems to die. The event temporarily warmed air temperature by 1.5°C, compared to the usual increase of 0.25°C associated with El Niño events.”

Looks like we will get a glimpse of our (possibly nearer than we think) future.


Drought-threatening El Nino event increasingly likely, bureau says
The prospects for a hotter and drier than usual year for much of Australia are increasing, with the Bureau of Meteorology confirming more signs that an El Nino climate pattern is forming in the tropical Pacific Ocean. 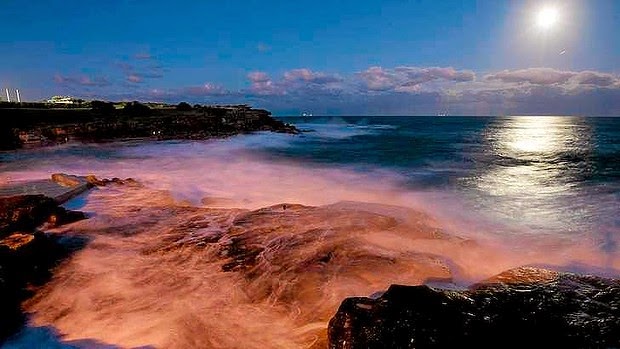 Surface waters in the equatorial Pacific “have warmed significantly over the past two months”, with further warming expected in coming months, the bureau said in its fortnightly update.

Temperatures in some areas have risen half a degree in the past two weeks alone and are as much as 5 or 6 degrees above normal, said David Jones, head of climate monitoring at the bureau.

"Things are starting to move," said Dr Jones. "1997 was probably the last time we've seen such [a temperature] anomaly."

The increased chance of an El Nino will be the last thing many farmers will want to hear.

About 80 per cent of Queensland and much of northern NSW have already been declared to be in drought, prompting the federal government to earmark $280 million in low-cost loans to help farmers stay in business.

El Ninos are patterns that affect the global climate. Warming waters in the central eastern Pacific cause easterly winds to weaken and even reverse.

Rainfall patterns shift too, with eastern Australia among areas likely to see lower-than-normal rainfall, while regions such as California typically become wetter.

"If it's an El Nino year, that tilts the odds much more to further record temperatures," Professor Karoly said, in comments about Australia's record hot year in 2013.

Climate scientists have also been concerned that southern Australia, including NSW, may be in for another long fire season if an El Nino sets in. The Sydney region was hit by early-season fires last September and October.

Signals of an approaching El Nino include two strong westerly wind bursts observed so far this year. The Southern Oscillation Index, a gauge of trends, has dropped to 13, its lowest 30-day value in four years, the bureau said.

The effects of an El Nino or even a near miss will likely show up as reduced rainfall in winter and spring, particularly in inland regions west of the Great Divide, Dr Jones said.

Australian temperature records have continued to tumble, and not just for last year's record heat. The past summer saw Melbourne register its first four-day run above 41 degrees while Sydney marked 19 consecutive days above 26 degrees up until last Sunday, a longest series of such days for any season in 155 years of records.