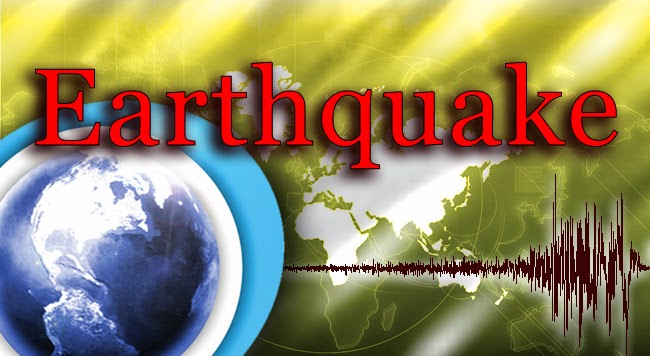 SUVA, March 26 (Xinhua) -- An earthquake measuring 6.5 on the Richter scale jolted south of the Fiji Islands at 03:29:37 GMT on Wednesday, the U.S. Geological Survey said.


Experts in Chile fear catastrophe, as 300 earthquakes strike in one week 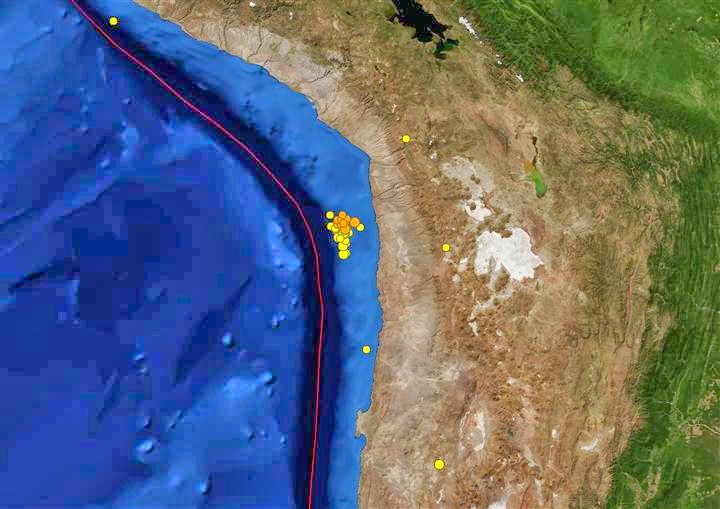 March 2014 – CHILE – More than 300 earthquakes have shaken Chile’s far-northern coast the past week, keeping people on edge as scientists say there is no way to tell if the unusual string of tremors is a harbinger of an impending disaster.

The unnerving activity began with a strong magnitude-6.7 quake on March 16 that caused more than 100,000 people to briefly evacuate low-lying areas, although no tsunami materialized and there was little physical damage from the shaking.

But the land has not settled down. More than a dozen perceptible quakes were felt in the city of Iquique just on Monday. “The situation is out of the ordinary. There’s a mix of a string of tremors and their aftershocks that make things more complex to evaluate,” Mario Pardo, deputy head of the Universidad de Chile seismology center, told the local newspaper La Tercera.

“We can’t rule out a larger quake.” Chile is one of the world’s most earthquake-prone countries. A magnitude-8.8 quake and ensuing tsunami in central Chile in 2010 killed more than 500 people, destroyed 220,000 homes, and washed away docks, riverfronts and seaside resorts.

The strongest earthquake ever recorded on Earth also happened in Chile — a magnitude-9.5 tremor in 1960 that killed more than 5,000 people.


The last recorded big quake to hit the northern area around Iquique was a devastating magnitude-8.3 in 1877. It unleashed a 24-meter-high (nearly 80-foot-high) tsunami, causing major damage along the Chile-Peru coast and fatalities as far away as Hawaii and Japan.

“The latest string of quakes is noteworthy because the last one happened in this seismic zone more than 130 years ago,” said Paulina Gonzalez, an expert on seismic analysis at the Universidad de Santiago. “It’s a zone where quakes should happen more often, and they haven’t in a very long time.”

A major quake in the country’s north would be a potential threat to the economy of Chile, which is the world’s top copper producing nation. Most of the Chilean mining industry is in the northern regions.

Chile’s worrisome seismic activity can be traced to just off the country’s 4,000-kilometer (2,500-mile) Pacific coast, where the Nazca tectonic plate plunges beneath the South American plate, pushing the towering Andes cordillera to ever-higher altitudes.

The 2010 quake released so much energy it shortened the Earth’s day slightly by changing the planet’s rotation. –NBC