This is awesome! It's a new one on me.

How your computer could reveal what's driving record rain and heat in Australia and NZ
Australians and New Zealanders can now use their computers to help scientists discover if climate change has contributed to record heatwaves, droughts and flooding across both countries. 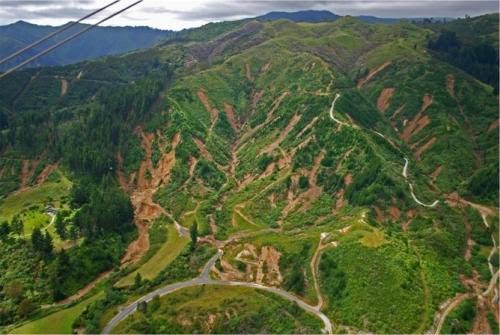 The Weather@home project, launched in Australia and New Zealand today, is the latest stage of what has been dubbed "the world's largest climate modelling experiment", started in the UK a decade ago.

Anyone with a computer and access to the internet can take part by volunteering their computer's spare processing power to run climate and weather modelling simulations, even while continuing to use their computer normally.

There are 20,000 people worldwide currently helping with similar climate prediction experiments for Europe, USA and southern Africa. Over the past decade, people in 138 countries with nearly 100,000 different computers have been involved.

In the UK, that has enabled the equivalent of 20,000 years of simulations to be run in just three weeks, testing the likely contributing factors to this year's devastating floods. Live results from the UK testing can be seen here.

They also plan to assess the possible role of climate change in Australia's 2009 Black Saturday bushfires, and record rain and flooding across eastern Australia in 2010 and 2011, as well as in Golden Bay and Nelson in NZ three years ago.

Launching the new Weather@home project today, the researchers told reporters there was no risk to people's computers – including hacking – if they took part.

"Yes, [it] is safe," said Dr Friederike Otto from Oxford University's Environmental Change Institute. "We use software called BOINC, developed at the University of California, Berkeley, that has been specifically developed for these sort of citizen science projects – and it has never been used to hack participants' computers."

Beyond studying weather and climate change, the BOINC software has been widely used for years to help with new science discoveries, including trying to cure diseases, discover pulsars and even search the universe for alien life.
It allows people to use idle time on their computer (with Windows, Mac, Linux, or Android) to run experiments, creating a virtual "supercomputer" across the world, which automatically shares the results with researchers.

Testing extremes in Australia and NZ

Where in the world people have been volunteering their computers over the past decade to help run experiments on extreme weather. Credit: Climateprediction.net, CC BY-NC-ND

2013 was a record-breaking year for extreme heat in Australia and New Zealand.
More than 70% of Australia recorded temperatures above 42°C, with temperatures exceeding 48°C at a number of locations. On 7 January 2013, Australia experienced its hottest day on record with a national average maximum temperature of 40.3°C.

Meanwhile, in New Zealand the news at the time was dominated by drought. From January to March 2013, the North Island experienced an average of almost 80 days without rain, far more than ever recorded previously.

One ensemble will represent "2013 as observed". This will use both human-caused greenhouse gas emissions and natural emissions from things such as volcanoes, to help simulate weather events that would be have been possible given those climate conditions.

The other ensemble will represent the "2013 world that might have been", using only the natural emissions, to see what climate conditions might be like without any human-caused emissions.

The data from those two parallel worlds will then be collected from computers all around the world and sent back to the Tasmanian Partnership for Advanced Computing, at the University of Tasmania, to be analysed.

"Basically the more people participate, the more science we can do," said Dr Sam Dean, from NIWA in New Zealand.

Clearing up a controversial debate

Professor David Karoly from the University of Melbourne initiated the Weather@homeproject in Australia and New Zealand, and said it could help clear up the ongoing debate about the connection between climate change and extreme weather events.

"There is uncertainty in the public about how much climate change has contributed to individual extreme events. People like the Prime Minister and the Minister for the Environment have commented that there is no link, while climate scientists say there is a connection," said Professor Karoly. 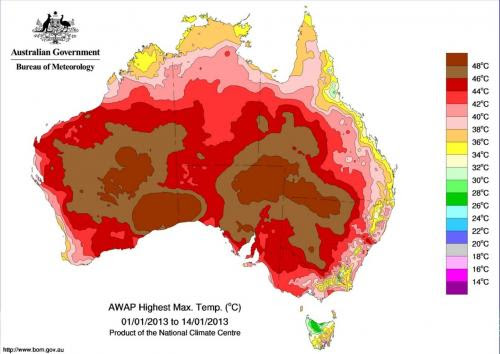 
"We won't be able to say climate change is the sole cause of extreme weather. What we want to do is look at the contribution of climate change to increasing the frequency and intensity of those extremes, particularly as we see heatwaves, record high temperature, drought and bushfires."

With the help of volunteers at home, the researchers will be able to conduct far more experiments than they could hope to on their own.

"If we run repeated simulations many thousands of times, we can really have a look at how likely are, both in the world as it was in 2013 and how it would have been without human caused climate change."

The rise of citizen science

Dr Philip Roetman from the Citizen Science Program at the University of South Australia said that while citizen science projects have been around for a long time, they were becoming more popular and more important. 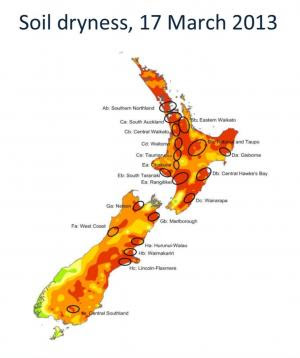 Soil moisture deficit across New Zealand on 17 March 2013, probably the point in the drought when soils were at their driest. Circled areas indicate sample locations analysed in a 2013 NIWA report, from which this figure is taken. Credit: NIWA, CC BY-NC-ND

"Departments are having their budgets cut and they are thinking, how am I going to do this research? One way is to get the community involved," said Dr Roetman.
He said the Weather@home project would have been impossible 20 years ago because not everyone had internet-connected computers at home. And beyond helping scientists, he said citizen science could also help public interest in and understanding of science.

"It's not a magic bullet; just because people get involved in citizen science doesn't mean they're going to change their views towards everything. But it's a great way to get people involved, and then have that discussion."
class="Apple-interchange-newline"