Narrative wars: Rarely have two diametrically opposed news narratives been so stark. In the realm of media there are two distinct Ukraines – one hoping for European integration and the other opposing western aggression and hegemony.

But in the end it would appear to be only about Russia...

Posted by seemorerocks at 20:28 No comments:

From From Petri Krohn


A clue on the Boris #Nemstov murder. Mark Sleboda notes that he is "being bombarded by Google for the anti-govt pro-Kiev #МаршВеснa" in Moscow on Sunday and rhetorically asks "WHO IS PAYING FOR ALL THIS?!?"

This is a sign that the US State Department is preparing for #genocide and mass#murder. I noticed a similar ad and spam campaign on Google in late February, early March of 2011.

As soon as I wrote #Libya on the Google search line, Google would display an ad for a US criminal outfit called "Human Rights First". The ad itself was a #hoax upon a hoax. Not only were there no "#Gaddaficrimes" or proof of them, but there was not even the propaganda the criminals were advertising.

The page advertised never contained any proof or even serious claims for anything. It was just just an empty placeholder for content yet to be announced.

The real content was in the two lines on the Google results page: "Qaddafi's Crimes - Qaddafi is committing atrocities. Read about his crimes in Libya." The link was not even meant to be clicked. This was a subliminal message. It would be repeated over and over until you were ready to believe it.
Posted by seemorerocks at 20:22 No comments:

Challenging the media position on methane

On Friday Radio New Zealand did the following item on the methane craters in Yama, Siberia.

What follows is a letter written by Robert Atack of oilcrash.com to Radio New Zealand. 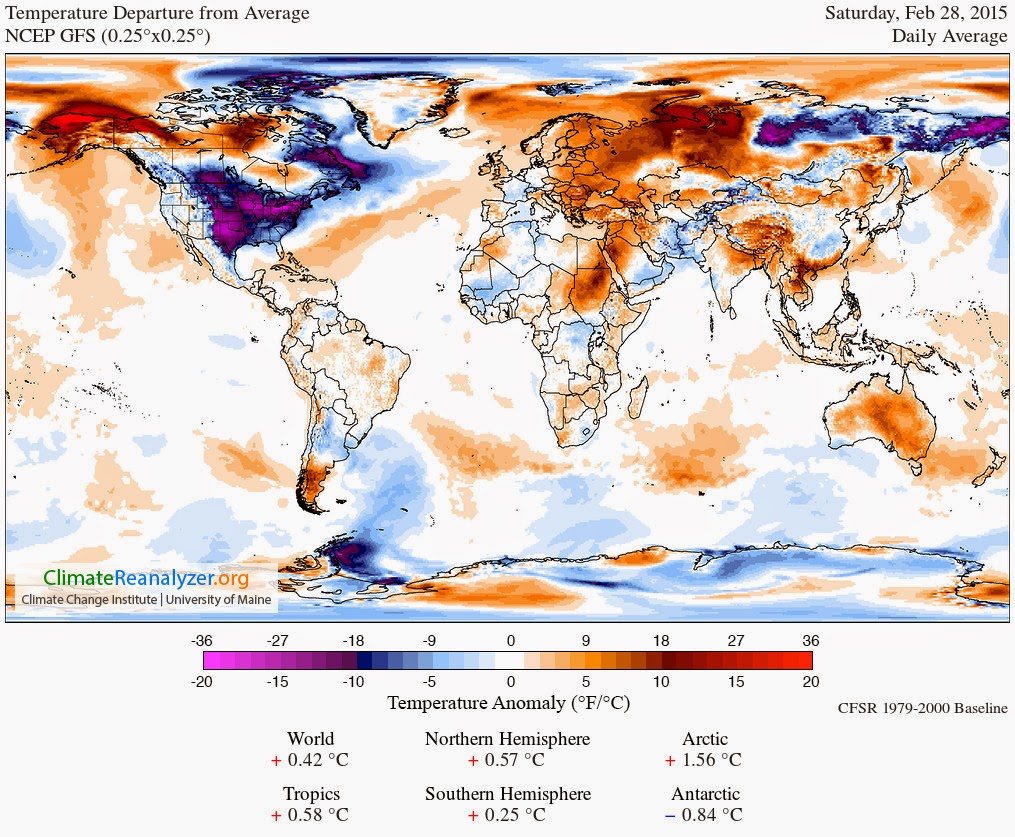 Thanks for the interview regarding the methane issues we are facing.

The one problem I have with what Blair had to say was when he said methane sort of 'spikes' in the atmosphere, leading us to think it is a temporary issue.
The truth is CH4 has risen from an 800,000 year average of 0.7 ppm to now about 2.0 ppm, and has done so @ rate about 10,000 times faster than any time in the past ie prior to the last great extinction event, it took over 10,000 years for the environment to go from 280 ish ppm CO2 to 400 ppm CO2, and during the 10,000 year period CH4 would have been released, hung around for 12 years or so then converted to CO2 etc, this would have happened very slowly, over thousands of CH4 lifetimes.

Natalia is one of the top research scientists looking into methane, and here she is telling us how hard it has been for their information to get into the mainstream universities etc https://www.youtube.com/watch?v=PVi1lotRLRU only 3:44 min.
The fact 'they' are not getting is that for every CH4 molecule that converts to CO2 or water vapor, there is 1 'born to replace it + a bit more.

Ice cover & storms
Changes over the last decade
How much methane is being released?
How much is accumulated in the region?
What resources are needed to comprehensively monitor the region?
Creation of 'International Siberian Shelf Study'

And if you are still awake .... and doing your job, below was my last email to the IPCC

I understand you mentioned me to a college in New Zealand, with regards to my question on the forcing factor of CH4/CO2, thanks for that.

Unfortunately, I couldn't quite get my question answered via anyone associated with the IPCC, but that is par for the coarse so not unexpected.

I will give you my thoughts, I will be happy to be proven wrong.

So here goes, if you are still there

I've read several times that 'we' are at a worse point than we have ever been in known climatic history, and during that history it has been proven that the planet heated up by 16C over as little as 10 years, if that is close to being true, and we are in a worse situation, then +16C could be just around the corner.

Its the methane that is going to get us, as the last straw, you know better than me I'm sure how fast the CH4 content is rising in the atmosphere, (supposedly hit 1.910ppm) being about 1.85ppm at the moment (unless you know more?) and always increasing, so with that fact in mind what would the immortal effect of CH4 be compared to CO2?

How about this question?

If you have a tube of CO2 and you fire infrared light through it, what is the resulting blocking of infrared transmission (absorption and reradiation) per molecule or per gram of CO2 inside the tube?

Then do the same thing with a tube full of CH4. How much more does CH4 absorb-reradiate than CO2? This was done crudely by John Tyndall 1859 with primitive equipment? What is the answer now that we have lot of very sophisticated equipment? That is what I cannot find out.

I posted this on a blog site the other day, again I'm happy to be proven wrong.
It is looking like it will be all over within the next 10 years, currently the environment is the closes to a massive temperature rise of no less than 9C, it has EVER been, never before has CO2 gone up so fast, never before has there been so much CH4 trapped by the rapid thawing ice,never before (to the best of our knowledge) has CH4 gone from an 800,000 year average of .7 ppm to 1.85 ppm in as little as 100 years.

It's the methane, and 'they' don't want you to know, or it is so fucking bad they haven't a clue of how to tell you.

So I think it is way to scarey a subject for you guys, or you are under political pressure to dumb down methane to maintain the bullshit shell game that is carbon trading?

And you wouldn't want your US masters, being outed for adding tons of CH4 to the environment via fracking. And of coarse everyone via coal.
To tell the truth I gave up on the IPCC the very first time I read something you put out.

I am trying to find out the forcing factor of CH4 over C02 in time frames that matter, like what is the forcing factor when the CH4 is only a week old?
This is the question my friend Kevin posed to someone the other day, his explanation is way better than I could manage.

I have searched, with no success, for the instantaneous absorption-re radiation value of CH4 versus CO2, and many months ago telephoned (and emailed) Paul Beckwith at the University of Ottawa to discuss the matter; at the time he said he thought it was about 250, but has not confirmed this figure. The decay curves I have seen suggest an instantaneous value for methane of the order of 300 times that of carbon dioxide, and I have seen an unreferenced article by Malcolm Light suggesting a value between 1,000 and 300 times CO2 for times scales that matter.

It seems to me there is something very suspect in the manner in which the IPCC calculates the effect of methane in the atmosphere, in that it treats methane as though it decays to carbon dioxide (which we know it does) and assigns and average value over time for the decay. Yet the concentration of methane in the atmosphere does not decline because every molecule of methane that gets oxidized by the OH ion or OH radical mechanism is replaced by another. Indeed, the rate of release of methane molecules into the atmosphere clearly far exceeds the rate of oxidation, so the concentration and actual mass of atmospheric methane both increase,.

So far I've sent this question out to maybe 30 'scientists', and have had 4 responses, happy to send them to you if you are interested, it is looking like CH4 is 300 - 400 times stronger a GHG than CO2?

See Methane, the Gakkel Ridge and human survival
Posted by seemorerocks at 20:11 No comments:

On this final episode of Breaking the Set, Abby Martin, discusses the power of grassroots activism in getting the FCC to uphold net neutrality. Abby then speaks with Eugene Puryear, Organizer with the ANSWER Coalition, about effective activism as it relates to issues from combating police brutality to taking on prison reform. Abby then speaks with BTS producer, Anya Parampil, about the best moments of the show. Abby then features a montage of some of her favorite monologues and guest appearances on the show. Abby concludes the final episode by explaining why BTS has been such an important part of her life and why we should never stop Breaking the Set.
Posted by seemorerocks at 19:42 No comments:

## Energy/resources ##
Top Oil Drillers Face Years Of Pain, Get A Grip On Cost
The world's biggest offshore drillers reported plunging earnings and orders on Thursday but managed to get a grip on costs to improve their chances of riding out a sectoral crisis that could last several more years.
EU chiefs launch biggest energy shake-up in half century
Maersk Positions Self for 'New Oil Reality' as Profit Fall
Denmark-based Maersk Drilling is positioning itself for a “new oil reality” of reduced tendering activity for offshore rigs and lower dayrates across all rig market segments by introducing cost-cutting and efficiency enhancement programs to boost its competitiveness in the current market.
Could Iranian Gas Be The Solution For Europe?
Junk: With Downgrade, No One Excited About Petrobras' Oil Finds Anymore
Nigeria’s Future Depends On Electricity
OPEC Considers Emergency Meeting On Oil Prices
Russia Is Not Bluffing With Turkish Stream Project
European oil majors cut capex, eye output growth
Repsol cuts exploration Capex despite profit boost
Exxon Says Spending To Fall 11% This Year To $34B
Exxon Mobil Corp said spending will decline about 11 percent this year to around $34 billion due to plunging oil prices, according to a regulatory filing this week.
Whiting to cut Bakken rig deployments
S.Korea's nuclear watchdog approves restart of second-oldest reactor
Is the US Overplaying Its Energy Hand?

## Propaganda ##
Why Does the FBI Have to Manufacture its Own Plots if Terrorism and ISIS Are Such Grave Threats?
Top 10 Bogus ISIS Stories
Americans Catching a New War Fever
The U.S. media/political elites are again riling up the American people about threats abroad, whether it’s the hysterical reporting about Russia or the sensationalistic coverage of Islamic State atrocities. The results are showing with more Americans favoring more war.
Planting False Evidence on Iran
Prior to the U.S. intelligence community’s 2007 assessment that Iran was not working on a nuclear weapons program, there was a scramble among U.S. and Israeli officials to show that it was. The CIA’s Operation Merlin also revealed that U.S. officials were not above planting false evidence.
Long March of the Yellow Jackets: How a One-Time Terrorist Group Prevailed on Capitol Hill

## Systemic breakdown/collapse/unsustainability ##
Must read: The Externality Trap, or, How Progress Commits Suicide
Buzz Aldrin Urges U.S. to Establish Colony on Mars
Aldrin is still living in the past, when energy was cheap. Ain't gonna be no Mars colony. -- RF
Why It's So Difficult to Repair Stuff: It's Made That Way
Overshoot: Population: Four Out of Five Scientists Agree...
Enlisted leaders tell Congress budget uncertainties hurt morale
Role of Wages of the Common Worker in Oil Prices, Collapse
U.S. Healthcare and the Tragedy of the Commons
When the system is set up to encourage maximizing self-interest, accountability for the whole is lost.

## China ##
China's population tops 1.36 billion
According to the National Bureau of Statistics, 7.1 million people were added to the national population in the past year. The data takes into account the total number born, 16.87 million, and offsets it with the dead, 9.77 million.
China drops leading technology brands for state purchases
Housing Crash in China Steeper than in Pre-Lehman America
Microsoft to close 2 China factories, cutting 9,000 jobs


Posted by seemorerocks at 19:38 No comments: