Obama caught with his pants down

Exposed: Obama states Kosovo left Serbia only after referendum, but there was NO referendum at all

Barack Obama’s speech on Ukrainian crisis seems to have left the public confused as he claimed that Kosovo broke away from Serbia “after a referendum”. But attentive listeners quickly pointed Obama’s gaps in history – there was no referendum in Kosovo.

President Obama was speaking Wednesday at The Center for Fine Arts in the heart of Brussels, Belgium, and was telling the youth crowd mostly about Russian-Ukrainian conflict over the strategic Crimean Peninsula.
He lashed out at Russia for “violation of international law, its assault on Ukraine’s sovereignty and territorial integrity.”
Obama recalled the conflict around Kosovo and NATO’s involvement, making a counter-argument to Russia officials’ statements, in which they cited Kosovo independence from Serbia in 2008 as the precedent.
He said: “And Kosovo only left Serbia after a referendum was organized not outside the boundaries of international law, but in careful cooperation with the United Nations and with Kosovo’s neighbors. None of that even came close to happening in Crimea.”
In fact, “none of that even came close to happening” in Kosovo either.
What DID happen in Kosovo

Following a three-month NATO bombing of former Yugoslavia in June, 1999, Kosovo was placed under administration of the United Nations Mission in Kosovo (UNMIK) and a NATO-led peacekeeping force, KFOR, were authorized to enter the province. 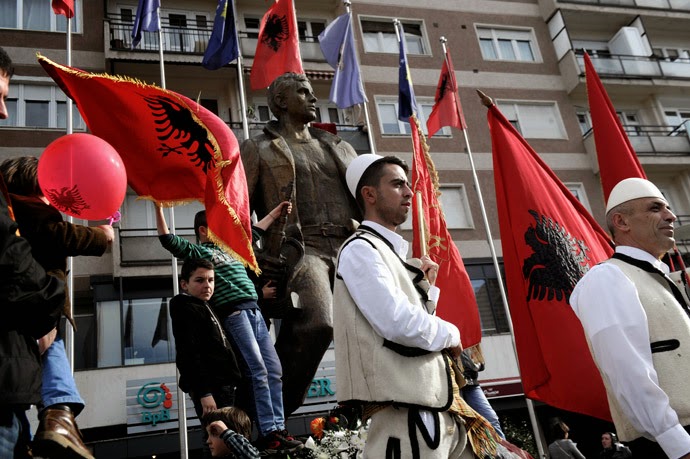 Kosovars hold Albanian flags as they take part in celebrations marking the 6th anniversary of Kosovo's declaration of independence from Serbia, in Pristina on February 17, 2014. (AFP Photo / Armend Nimani)

Two years after UNMIK and KFOR arrived there, in May, 14, 2001, the UN approved a "constitutional framework for a provisional Self-Government in Kosovo.”
It called for a 120-seat Parliament, which would elect a president and a prime minister.
In November that year Kosovo held its first parliamentary elections that the UN hailed as a huge “success”.
The year of 2005 also became no less significant for Kosovo as the UN Secretary General Kofi Annan appointed Martti Ahtisaari to lead the Kosovo status process, thus, giving the province “a green light” to fight for its independence.
After numerous talks with both Serbia and Kosovo officials, in 2007 Ahtisaari came up with the plan that included “ten guiding principles,” which outlined the broad governing authority and structure of the Kosovo government.
The so-called “Ahtisaari plan” represented a compromise between both sides. It gave broad provisions for Kosovo autonomy, including the ability to enter into international agreements and become a member of international organizations. 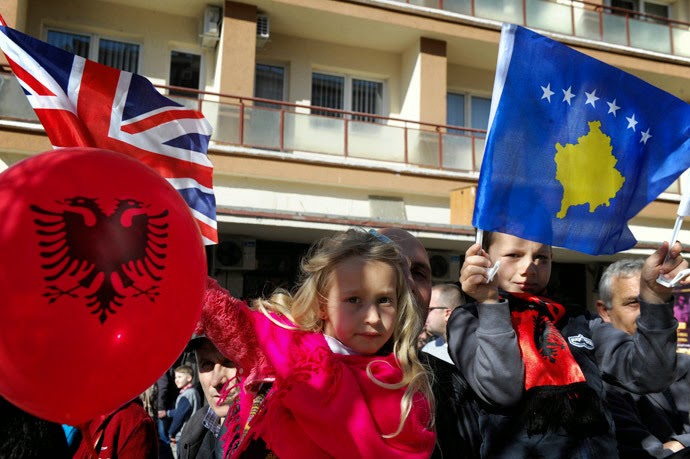 Backed by the Contact Group (the United States, the United Kingdom, France, Germany, Italy, and Russia) and by Kosovo, the plan still lacked Serbian agreement. Russia eventually rejected the plan along with Serbia and, as a result, negotiations reached a deadlock.
However, despite the stalemate within the Contact Group, Kosovo's authorities still decided to declare independence in February, 2008.
On February 17, 2008, the Kosovo assembly adopted a declaration of independence “in full accordance with the recommendations of UN Special Envoy Martti Ahtisaari.” On the same day, the US and four European states recognized Kosovo as an independent country.
‘You can’t just make up facts’

“I honestly don’t know what President Obama is talking about,” Serbian historian Nebojsa Malic told RT. “There was never such a referendum. It never took place. It did not exist. I am completely baffled.”
Meanwhile, on Twitter Obama’s faux-pas also did not pass unnoticed.
People accused the US President of “lying about the referendum”.
Obama further claims there was referendum in Kosovo. I dnt remember that happening. I remember the US bombing frm yugoslavia for 2 months
— Tefo O Kelobonye (@TKelobonye) March 27, 2014

Dear Obama, where was the universal mandate for Kosovo secession? If it doesn't exist then why support it and not Crimea referendum? Bye.
— Q (@Qpalestine) March 27, 2014

Some have pointed out that the US media chose just to “ignore” Obama’s mistake.
American News Media Ignores "Bogus Information" Given by Obama in Speech on Crimea & Kosovo http://t.co/rsPNlWaiHx #gapol@BreitbartNews

Speaking to RT, Nebojsa Malic suggested that it could be the case that Obama’s speechwriter just “mistook the non-existent referendum in Kosovo with the referendum in Montenegro that took place in 2006.”
“If that is the referendum they were referring to, first of all, it is just baffling that they can’t tell apart Kosovo and Montenegro. Secondly, that is not exactly a paragon of democracy in international laws either,” Malic said, stressing that that referendum was held under “very murky circumstances when people were being bought openly.”
“I am really not sure what sort of point they were trying to make, but you can’t just make up your own facts to boost your own argument. That is ridiculous,” he concluded.
Were there absolutely no independence referendums in Kosovo? Well, there was one in 1991 - its results were recognized by just one UN member, Albania.

Obama: Iraq invasion not as bad as Crimea

Barack Obama has declared the Kiev uprising a moral victory, Crimea's vote a sham and Russia a brute aggressor, that must be confronted. To prove his points the President used examples... including US achievements in Iraq. RT's Gayane Chichakyan takes a look at the narrative being put forward by the White House.