Musharraf on trial in Pakistan 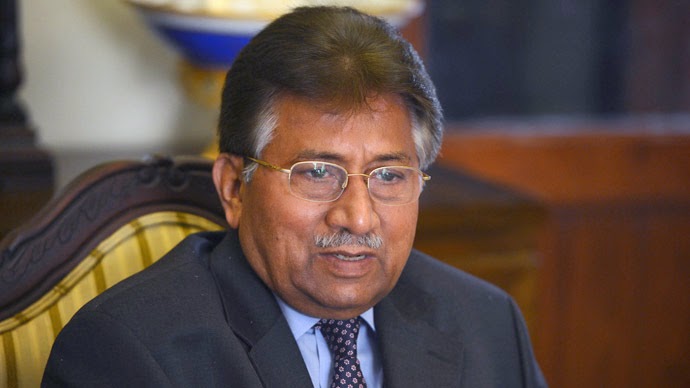 A Pakistani court has charged former President Pervez Musharraf with treason for implementing emergency rule and suspending the constitution in 2007. Musharraf has already been found guilty of the murder of former Prime Minister Benazir Bhutto.

If convicted of the charges he could face the death penalty. Musharraf has pleaded not guilty and claims the charges are politically-motivated.

Judge Tahira Safdar read out the five charges in the hearing which included treason for subverting the constitution and instituting emergency rule in Pakistan in 2007. Musharraf defended himself in the court hearing and made a speech in which he named himself a patriot and said he had acted within the constitution when he declared a state of emergency.
"I am being called a traitor, I have been chief of army staff for nine years and I have served this army for 45 years. I have fought two wars and it is 'treason'?" he told the court.

Email ThisBlogThis!Share to TwitterShare to FacebookShare to Pinterest
Labels: Pakistan