The deadliest outbreak of the Ebola virus in seven years has killed 70 people and infected as many as 111 in Guinea, causing neighbouring Senegal to close its border. 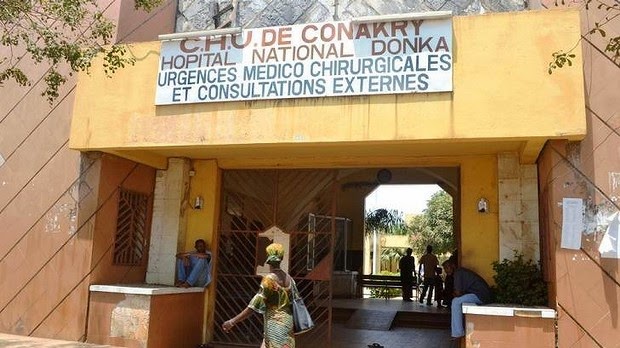 Senegal's Ministry of Interior has ordered all movements of people through the southern boundary to Guinea suspended indefinitely to prevent the spread of the disease, according to a statement published Saturday by the state-run press agency, APS.

Most of the cases detected in Guinea since January have been in the towns of Guekedou, Macenta, Kissidougou and Dabola, the country's Health Ministry said in an emailed statement on Friday. There has been one death among eight cases of the infectious disease in the capital, Conakry, it said.

It marks the deadliest outbreak since 2007, when 187 people died of Ebola in the Democratic Republic of Congo, according to the World Health Organisation's website.

The Economic Community of West African States, a regional body known as ECOWAS, expressed "deep concern" over the outbreak on Friday and called for international help to thwart the "serious threat" it poses to regional security.
The transmission to Conakry, a city of 1.6 million people, represents a "new dynamic" in the outbreak, though the situation remains "extremely fluid," Gregory Hartl, a WHO spokesman, said on Friday.

Health authorities in bordering Sierra Leone and Liberia are investigating the deaths of people who had symptoms typical of Ebola. Signs include fever, vomiting, internal and external bleeding, and impaired liver and kidney function and there is no treatment or vaccine, according to WHO.

The outbreak involves the Zaire strain of Ebola, the most common and deadly of the five known varieties, with a mortality rate of as high as 90 percent.

The virus is transmitted through contact with blood or bodily fluids of an infected person or animal, according to WHO. Guinea has forbidden the sale and consumption of bats, which may serve as natural reservoirs of the virus, and warned against eating rats and monkeys in its effort to keep the illness from spreading.

The outbreak is adding strain on a public health care system already overstretched in Guinea and the lack of water and sanitation in slums means the disease can spread rapidly, Plan International, a UK-based humanitarian organisation operating in the country since 1989, said by email Saturday.