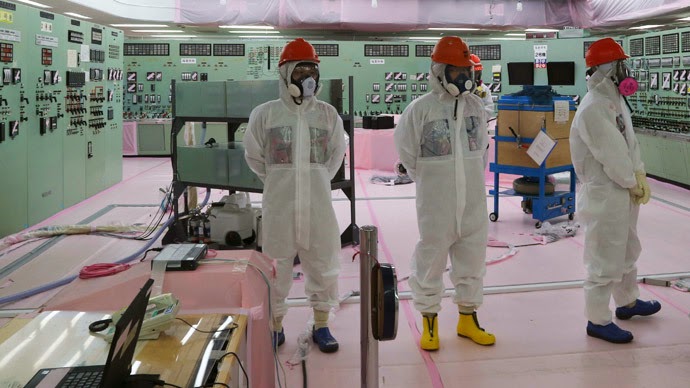 After reexamining exposure records provided by TEPCO, the Ministry said Tuesday it had increased the 142 workers’ radiation data by an average of 5.86 millisieverts, The Asahi Shimbun reported.

The Ministry said one male employee was exposed to 180 millisieverts. He was initially reported to have been exposed to around 90 millisieverts.
Two other workers were exposed to radiation of 50 to less than 100 millisieverts, the Ministry found.
According to the International Commission on Radiological Protection a person should be exposed to no more than one millisievert per year from all sources of radiation, though it says only doses of more than 100 millisieverts are associated with a higher risk of cancer.
The 142 workers – 24 who worked for TEPCO and 118 who worked for 18 different contractors – were part of the 7,500 emergency workers and first responders that were sent to manage containment operations at the Fukushima plant.
TEPCO did not have whole-body radiation counters immediately after the crisis began, thus accurate radiation measurements by the utility were difficult to attain, as the Ministry has shown.
The Ministry urged TEPCO on Tuesday to now assess exposure with the new recordings in mind.
Last July, the Ministry reviewed exposure data on around 1,300 workers and revealed that reported exposure levels of 452 workers were too low. After that announcement, the Ministry followed up on records of the remaining 6,200 workers, which led to Tuesday’s disclosure.
Three years after the catastrophe, Japan is still struggling to deal with the radioactive contamination of Fukushima including a growing volume of contaminated water used to cool crippled reactors. On March 11, 2011, a 9.0 mega earthquake struck off the coast of Japan. The quake triggered a massive tsunami, which inundated the nuclear power plant causing three reactors to melt down.