Sydney's abnormally warm weather has months to run
Sydney and most of south-eastern Australia are likely to experience warmer and drier than usual weather extending well into winter at least, forecasters say. 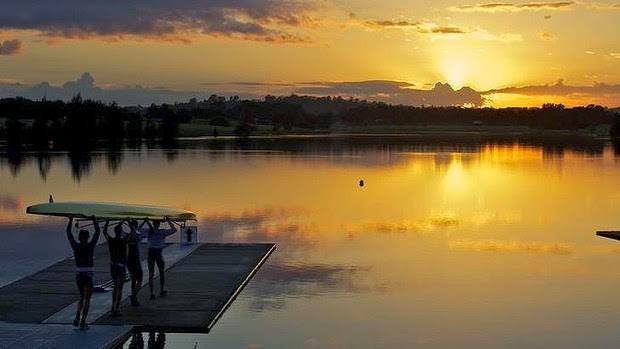 The city, which is tracking towards its fifth-warmest March in 155 years of records, is also projected to have abnormally warm weather over the next three months, according to the latest outlook from the Bureau of Meteorology released today.

The bureau rates about a 75 per cent chance of warmer-than-normal day-time temperatures over the April-June period for Sydney. Night-time minimums are an 80 per cent chance or more of being milder than usual.

Sea-surface temperatures in the Tasman Sea are running about 0.5-1 degree above the long-term average, helping to keep temperatures in NSW and Victoria elevated, said Andrew Watkins, manager of the bureau's climate prediction services. .

Muggy and cloudy conditions are likely to linger for Sydney in the near term before showers become less frequent, said Max Gonzalez, a meteorologist at Weatherzone. “It will be much drier on the weekend.” 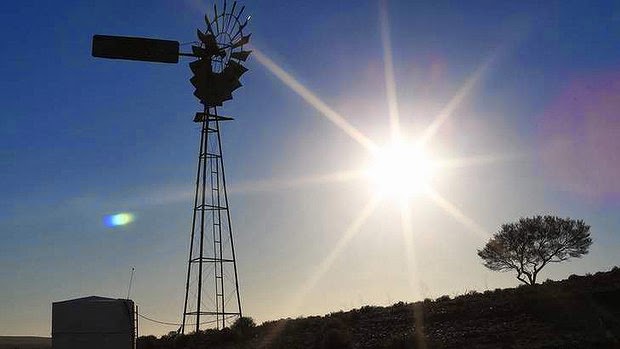 Near Broken Hill, one of the drought-hit regions visited by PM Tony Abbott. Photo: Andrew Meares

A string of three days forecast to have 28-degree maximums to end March will probably see Sydney fall just shy of the record warm March of 2006. Daily averages, though, will be more than 2 degrees above the norm.

The seasonal rainfall outlook will bring little cheer for farmers, though, with odds favouring drier-than-usual conditions for most of the state, particularly in the dry north-east, the bureau said. 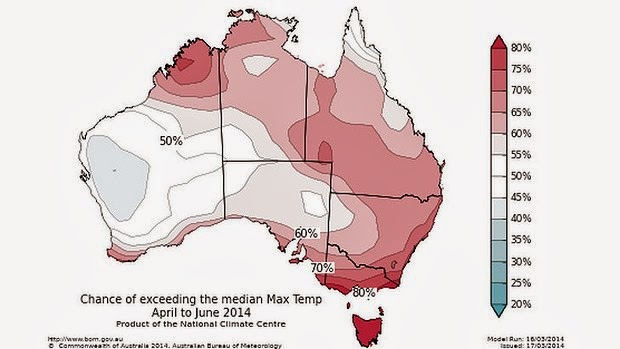 Chances daytime maximums will be above average for April-June. Photo: BoM

“People in the city love that but people in the country don't – they want more rain if anything,” Mr Gonzalez said.

The trend towards a warm, dry autumn and early winter is also a symptom of a larger climate pattern now forming in the tropical Pacific – a possible El Nino.
El Ninos tend to mean drier conditions for eastern Australia and higher national temperatures – eight of the country's 10 warmest years have been El Nino ones. 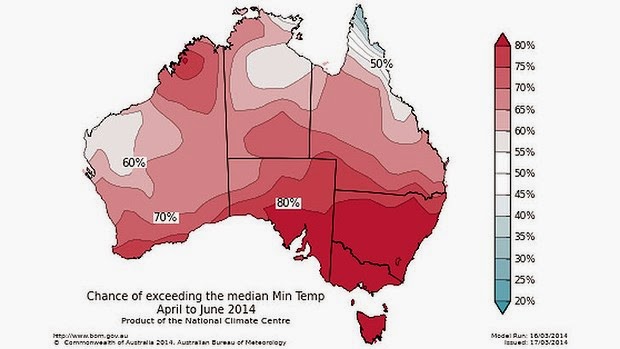 Chances daytime minimums will be above average for April-June. Photo: BoM

“If you start reducing the trade winds, you're reducing that on-shore flow of moisture coming off the Coral Sea and to a lesser degree, the Tasman Sea,” Dr Watkins said.

Two strong westerly wind bursts in January and then February-March in the equatorial Pacific are “triggers” for the warming that is now being observed in sea-surface temperatures, with some areas 5-6 degrees above normal. 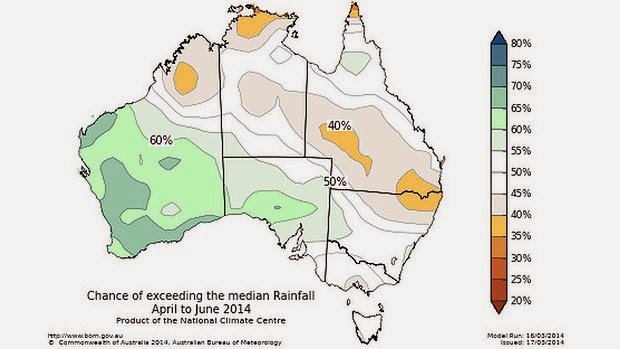 “The warming is something in the range of what we saw in 1997,” Dr Watkins said. That year saw the start of what was dubbed the “El Nino of the century”, although early parallels don't necessarily mean the same events will line up in the current event.

Australia had its warmest year on record in 2013 – a neutral year in terms of conditions in the Pacific – and a shift towards an El Nino may see another warm year.

“That was what was scary about last year – the fact that we had the warmest (year) on record but there was no climate drivers like El Nino influencing that,” Mr Gonzalez said. “It was purely and merely due to global warming.”

“This year because of El Nino we're actually expecting it to be warm,” he said. “Definitely it's going to be a warmer-than-average year.”