Towards another oil crisis

The sane policy would be to build up emergency oil reserves and to turn the Iranian oil tap back on.

G-7 Countries Call For Increased Oil Output To Meet Demand
The Group of Seven nations called on oil-producing countries to increase output and is monitoring the threats to their economies posed by high oil prices, according to a joint statement issued today by the U.S. Treasury Department. 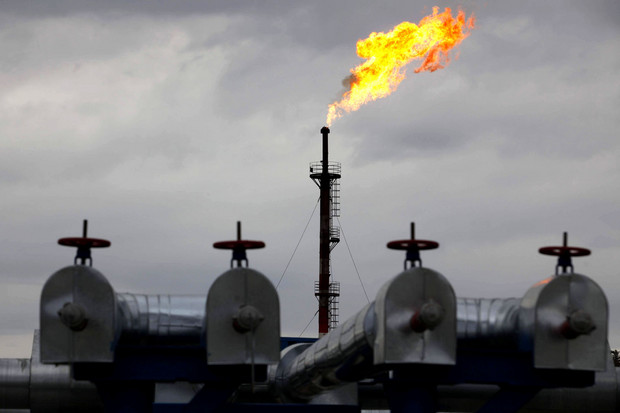 “We remain vigilant of the risks to the global economy,” the G-7 said. “In this context and mindful of the substantial risks posed by elevated oil prices, we are monitoring the situation in oil markets closely.”

The G-7 said it’s prepared to call upon the International Energy Agency, a 28-member group of oil consuming countries, “to take appropriate action to ensure that the market is fully and timely supplied.” The IEA’s countries made available 60 million barrels of crude and oil products in June 2011 after Libyan output was disrupted by an armed uprising against Muammar Qaddafi.

Oil has advanced 24 percent since reaching a 2012 low in June as stockpiles fell and the U.S. and Europe tightened sanctions against Iran, limiting the country’s ability to sell its crude. Rising prices have raised speculation that President Barack Obama may release supplies from the Strategic Petroleum Reserve.

“The EU and the U.S. have sanctions against Iranian oil which have taken a million barrels a day off the market in conjunction with a hurricane that has shut in 90 percent of Gulf production,” said Andy Lipow, president of Lipow Oil Associates LLC in Houston.

“This is all combined with rising gasoline and diesel prices, and fragile economies around the world,” he said. “They’re telling governments that they need to look at what kind of action they can take to spur economic growth.”

Today’s statement is similar to a Group of 20 communique following a June meeting in Los Cabos, Mexico, saying the group “will stand ready to carry out additional actions as needed.” The G-20 includes developing nations such as China, India and Brazil. Both statements praised a commitment by Saudi Arabia to mobilize spare capacity to ensure an adequate supply of oil.

Oil rose for the first time in four days in New York as Hurricane Isaac reduced offshore output in the Gulf of Mexico and on speculation that U.S. supplies fell to a five-month low. Before the G-7 statement, crude oil for October delivery rose 86 cents, or 0.9 percent, to settle at $96.33 a barrel on the New York Mercantile Exchange.

U.S. authorities haven’t contacted the IEA on the use of emergency supplies, its head, Maria van der Hoeven, said earlier today. She said the oil market has enough supply and there is no need for the release of emergency inventories for the moment.

The U.S. Strategic Petroleum Reserve, with a capacity of 727 million barrels, is the largest stockpile of government- owned fuel in the world. Established in the wake of the Arab oil embargo that began in 1973, the reserve allows the president to respond to supply disruptions that threaten the U.S. economy. Releases include those made in 1991 at the outset of Operation Desert Storm, in 2005 following Hurricane Katrina, and last year after civil war in Libya throttled the country’s exports.

Hurricane Isaac has cut 93 percent of crude production from the Gulf, the Bureau of Safety and Environmental Enforcement reported. U.S. crude stockpiles probably dropped 1.75 million barrels last week, according to a Bloomberg survey before tomorrow’s Energy Department report. Iran’s production this year has declined 20 percent through July, according to data compiled by Bloomberg.

Higher oil prices pose a further risk to economies from the U.S. to China contending with the slower growth and fallout from the European debt crisis. The International Monetary Fund last month cut its global growth forecast for next year to 3.9 percent from an April estimate of 4.1 percent.

“There’s reason to be worried” about the world economy, said Uri Dadush, director of international economics at the Carnegie Endowment for International Peace in Washington. “It’s not a good time to get another shock.”

Rising gasoline prices in the U.S. are denting consumer confidence, threatening to curb the spending that accounts for 70 percent of the world’s largest economy.
The Conference Board’s consumer sentiment index decreased to 60.6 from a revised 65.4 in July, figures from the New York- based private research group showed today. The 4.8-point decrease was the biggest since October.

In France, the government and retailers decided earlier today to reduce pump prices by as much as six euro cents a liter through a program that will cost the state 300 million euros ($377 million). That may lessen the chance of a release, Jean- Marc Tenneson, executive officer of France’s Comite Professionnel des Stocks Strategiques Petroliers, or CPSSP as the agency is known, said today by phone.

France isn’t preparing for a release of strategic oil inventories, according to Tenneson.

“I have not received any instruction to do anything to prepare for a stock release,” he said by phone from Paris. “With the government having decided to reduce the price of gasoline at forecourts, I don’t see a reason for a stock release as we already have a reduction in price,” he said.
Posted by seemorerocks at 12:44