We noted earlier that the Artic sea-ice is approaching a record minimum. The record is now broken, almost a month before the annual sea-ice minima usually is observed, and there is probably more melting in store before it reaches the minimum for 2012 – before the autumn sea-ice starts to form. 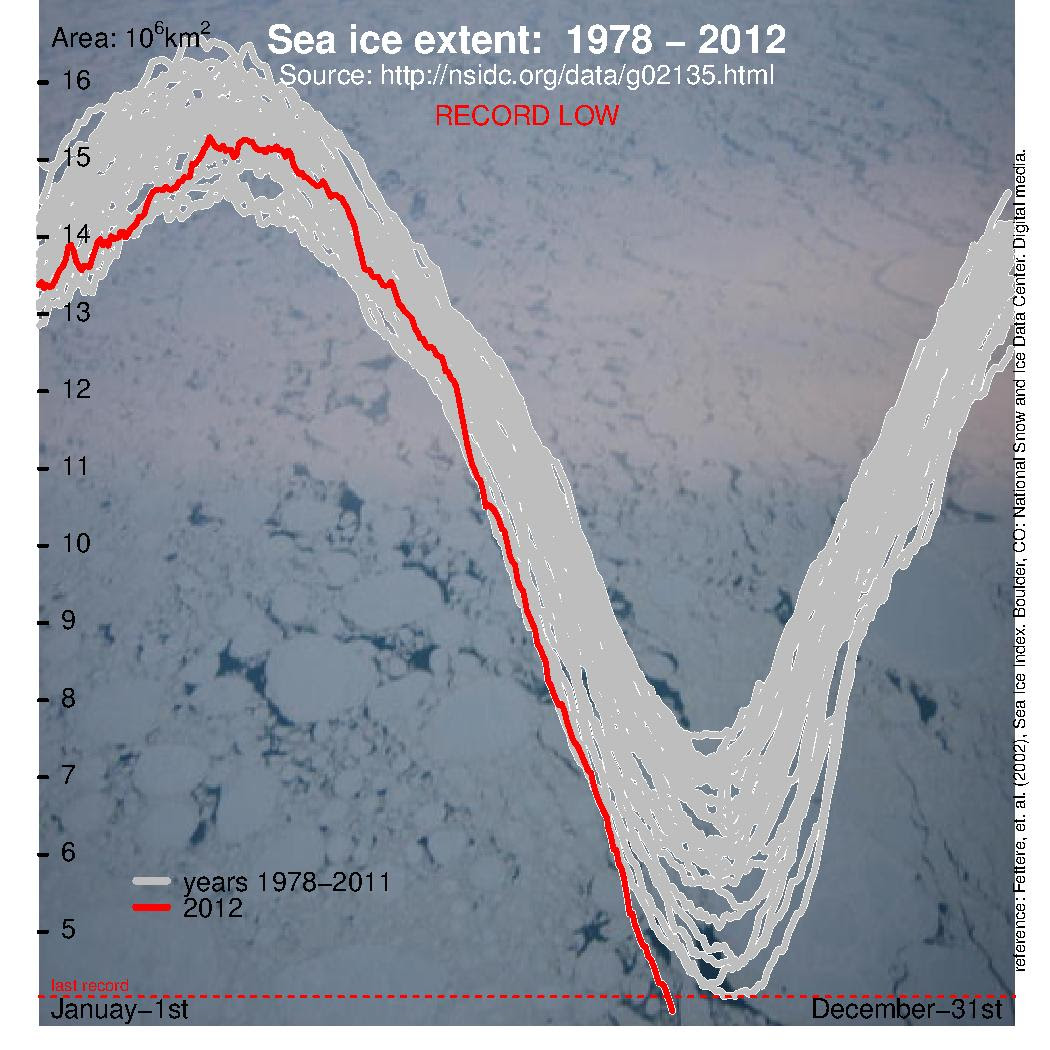 The figure shows annual variations in the area of sea-ice extent, and the x-axis marks the time of the year, starting on January 1st and ending on December 31st (for the individual years). The grey curves show the Arctic sea-ice extent in all previous years, and the red curve shows the sea-ice area for 2012.


(The figure is plotted with an R-script that takes the data directly from NSIDC; the R-environment is available from CRAN)