This did not make the headlines.

New Zealand will get $12.28 billion on “roads of national significance” while the rest of the economy languishes. It is slash-and-burn in just about every single area of government spending. Although it is the govenment's avowed intent to reduce the level of debt they have announced they are willing to borrow to build roads.

In addition they are giving $10 million to double the number of speed cameras (that may increase government revenue). The government is planning to put more and heavier trucks on the road (rather than rail) and the taxpayer will pick up the cost for maintenance.

It is hard to imagine a policy mix that would be more conducive to collapsing the economy.
$12b transport funding announced


The New Zealand Transport Agency has announced it is to spend more than $12 billion in the next three years on roads, public transport and road safety. 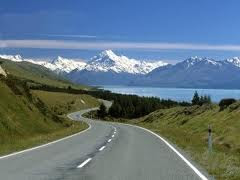 Moves to improve road safety will attract $2.8 billion in funding, including $1 billion for road policing and safety promotion.

"About 80% of New Zealanders go to work each day in a motor vehicle of some kind but increasing numbers will be using public transport and there is significant funding in the ... three year plan for public transport and an increase in the amount that was going in over the previous period."