Netanyahu to Lebanon: Israel will strike in case of Hezbollah provocation
Haaretz has learned that Netanyahu conveyed this message to the Lebanese government through a Western diplomat he met in Jerusalem several weeks ago 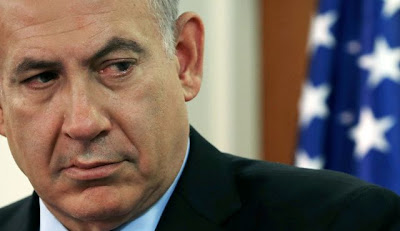 Prime Minister Benjamin Netanyahu has warned the Lebanese government that Israel would strike Lebanon if Hezbollah attempted any provocation against Israel.

Haaretz has learned that Netanyahu conveyed the message to the Lebanese government through a Western diplomat he met in Jerusalem several weeks ago.

A senior official who is aware of the details of the meeting said Netanyahu sees Hezbollah as part of the Lebanese administration. The prime minister therefore reportedly clarified to the government that if Hezbollah attacks Israel, the Israel Defense Forces will strike back forcefully - without differentiating between Hezbollah and the State of Lebanon.

"As far as we're concerned, the Lebanese government is responsible for whatever happens in its jurisdiction," Netanyahu apparently told the Western diplomat.

The prime minister's office declined to comment on the matter.

If Netanyahu follows through on this threat, it means any confrontation with Hezbollah would lead to IDF strikes against Lebanon's infrastructure, including power plants, air and sea ports, government buildings, etc., and would not be limited to targets identified with Hezbollah.

In the Second Lebanese War, Israel limited strikes against Lebanese infrastructure due to pressure from the United States.

Netanyahu's warning comes as Israel is preparing for several scenarios that might include a confrontation with Hezbollah, including an attempt by Hezbollah to transfer chemical weapons, missiles or anti-aerial rockets from Syria following the collapse of the Assad regime.

Netanyahu and Defense Minister Ehud Barak have explicitly said that Israel might attack convoys transferring such arms to Hezbollah. Defense Ministry officials have indicated that such a strike might cause Hezbollah to launch missiles and rockets at Israel.

It is also possible that Hezbollah could attack Israel following an Israeli or U.S. strike against Iran's nuclear facilities. Defense officials believe that Iran's Revolutionary Guard would instruct Hezbollah to launch missiles at population centers in Israel, including the Tel Aviv area, and at strategic facilities and military bases.

Speaking at a Jerusalem Day rally, Hezbollah leader Hassan Nasrallah said earlier this month that Hezbollah is capable of killing tens of thousands of Israelis with precise missiles launched at Israeli targets.

"Israel constitutes only a limited amount of targets," Nasrallah said, adding, "Hitting these targets with a limited number of missiles would make the lives of hundreds of thousands of Zionists hell on earth. Tens of thousands would be killed." Nasrallah added that "Iran is threatened but strong. Lebanon is threatened, but we have the courage and ability to react. If we are attacked, I want you to know that we won't await anyone's approval to react."