Powerful typhoon Bolaven crashes into southern Japan
ONE of the most powerful typhoons in decades has hit Japan's Okinawa prefecture with meteorologists warning it could bring record rain and wind to the southern region and waves of up to 13 metres. 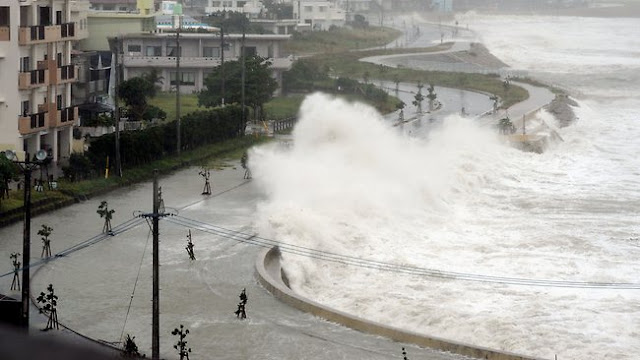 "As the typhoon is moving slowly, violent winds are expected to continue for many hours on the Okinawa main island," the agency said, also warning of 13-metre waves through to Monday.

The atmospheric pressure of the typhoon indicated it was one of the strongest since the weather agency started taking records about 60 years ago, local media said.

Residents of Naha city were being advised to stay indoors as public broadcaster NHK showed footage of deserted streets lined with trees felled by strong winds. 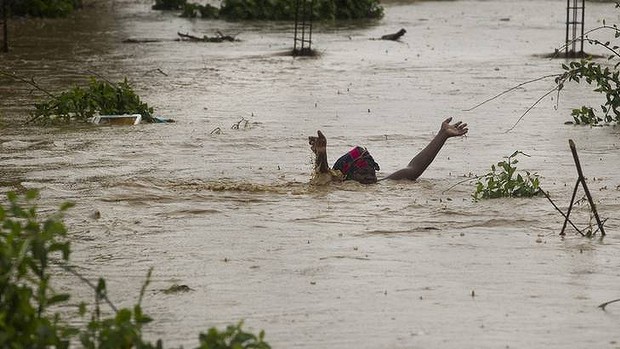 Millions of residents in four vulnerable Gulf Coast states were bracing for the arrival of a powerful tropical storm that has already claimed several lives on its path through the Caribbean.

The governor of Florida, Rick Scott, declared a state of emergency ahead of tropical storm Isaac's expected landfall Sunday night in the Florida Keys, with the storm then expected to intensify into a 105mph hurricane as it moves north into the Gulf of Mexico and towards the Alabama-Mississippi-Louisiana coastline.

But with tropical storm-force winds extending up to 200 miles from Isaac's centre, the area under threat for moderate to substantial damage covered much of southern and western Florida and along the Gulf Coast to Louisiana. 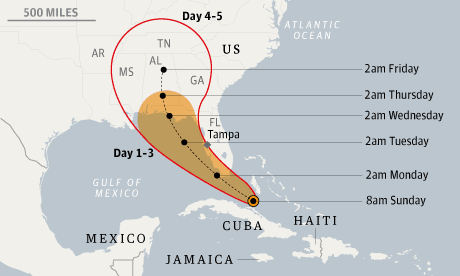 Forecasters at the National Hurricane Center have issued a hurricane warning for the northern Gulf of Mexico coast from Louisiana to the Florida Panhandle, but said it was too soon to predict where Isaac, blamed for at least six deaths in Haiti, would make its second landfall, probably in the early hours of Wednesday.
The current predicted track, subject to a wide margin of error, points the eye of the storm close to Biloxi, Mississippi, with a hurricane watch posted along the coast for hundreds of miles in either direction.
"Waters along the forecast track are very warm and upper level winds are forecast by the global models to become conducive to strengthening," said Dr Michael Brennan, a senior hurricane centre expert.
"It's important not to focus on the exact forecast track since significant hazards extend well away from the centre."
Scott cancelled his appearance at tomorrow's Republican national convention in Tampa to concentrate on storm preparations, shortly before event organisers announced that the first day and a half would be shelved anyway to allow the storm to pass.

"This is a state that has dealt with hurricanes forever. We are a state [where] we know we have to get prepared for hurricanes," Scott said.

No mandatory evacuation of the Florida Keys was ordered, but a steady stream of traffic was building on Highway 1 towards the mainland late on Saturday and early today as conditions began to worsen.
The storm has already contributed to two deaths on the roads, Florida Highway Patrol reported, with a crash on the Florida turnpike near Miami blamed on conditions.
Many businesses were boarded up in Key West at the tip of the 150-mile island chain, and emergency managers called for all visitors to leave.
By mid-morning Sunday, the Keys were being lashed by torrential rain and wind gusts in excess of 60mph as Isaac's outer bands closed in. Further east, thousands of families in Miami and surrounding towns lost power, still several hours ahead of the worst expected conditions.
Florida Power and Light, the state's largest electricity provider, amassed a large fleet of vehicles and put more than 8,000 engineers on standby to move into affected areas and restore power once conditions allowed.
"We've seen a gradual increase in thunderstorm activity," said Dr Rick Knabb, director of the hurricane centre.
"People should stay indoors. We've lost lives in previous tropical storms when people have been out and about in their cars."
Commanders at the naval air station in Pensacola, Florida, began moving more than 100 aircrafts to safety Sunday morning while long queues formed at DIY stores and supermarkets in southern Alabama and Mississippi as residents stocked up on supplies. 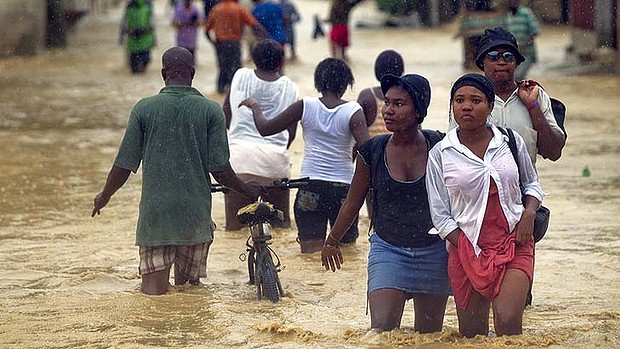 Among the six deaths reported so far by the Red Cross in Haiti were an eight-year-old girl and a 10-year-old girl killed when a wall fell onto her.
The aid agency said that although the centre of the storm had passed, the country was still being drenched with rain. Almost 14,000 people, mostly those still living in tents since the devastation of the 2010 earthquake, were evacuated to emergency shelters.
"The west and south-eastern departments are the most affected by the storm, causing the deaths of at least two persons and damaging bridges, roads and canals," United Nations spokeswoman Eliana Nebaa said in a statement.
"The storm is also responsible for flooding, high water areas, and damages to tents and tarps in some camps."
Several people were also reported missing in the Dominican Republic following Isaac's crossing on Saturday. 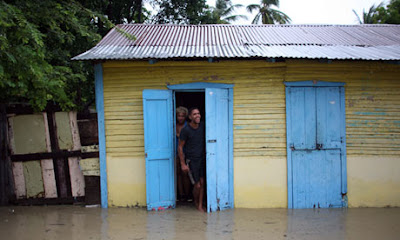 A possible hurricane will once again delay a Republican National Convention this week, but party leaders have vowed that their message will not be a casualty of the storm.

Tropical Storm Isaac forced party officials to cancel the first day of the proceedings today, shortening to three days the convention that will name Mitt Romney as the Republicans' nominee.

The announcement was made on Saturday, hours after the Republican Governor of Florida, Rick Scott, declared a state of emergency in the state, which he called a ''normal step'' in disaster preparations. But shortly afterwards he cancelled his own appearance at the convention.

Isaac was moving along the northern coast of Cuba on Saturday, blowing 105 km/h winds and continuing its track towards the Florida Keys. The National Hurricane Centre estimated that Isaac would be in the Gulf of Mexico by yesterday evening, and its centre could threaten the Tampa Bay region by late today Sydney time.

At least three people have been hurt as wildfires burn in Serbia.

Temperatures have exceeded 40 degrees celsius for weeks in the Balkans and authorities say the wind is causing flames to spread.