Guy is saying everything that I feel at the moment.  Every bit of information that comes our way is worse than what came before.

I always remember a Russian friend who said years ago: "Optimism is the absence of realism"

What are we fighting for?
Guy McPherson 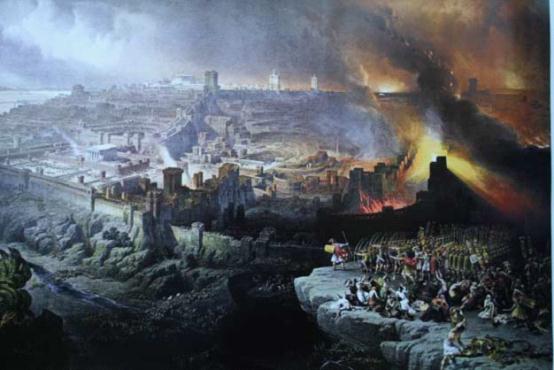 In my latest essay in this space I mentioned two phenomena worth fighting for: the living planet and freedom based in anarchy. I surrender. I no longer believe the struggle matters on either front.

I no longer think we’ll save the remaining shards of the living planet beyond another human generation. We’ll destroy every — or nearly every — species on Earth when the positive feedbacks associated with climate change come seriously into play (and I’ve not previously considered the increasingly dire prospects of methane release from Antarctica).

The climate-change data, models, and assessments keep coming at us, like waves crashing on a rocky, indifferent beach. The worst drought in 800 years in the western United States is met by levels of societal ignorance and political silence I’ve come to expect. I would be stunned if this valley — or any other area in the interior of a northern-hemisphere continent — will provide habitat for humans five years from now. And climate change is only part of the story.

My trademark optimism vanishes when I realize that, in addition to climate chaos, we’re on the verge of tacking on ionizing radiation from the world’s 444 nuclear power plants. When we choke on our own poison, we’ll be taking the whole ship down with us, spewing a global blanket of radiation in the wake of collapse. Can we kill every single species on Earth? Apparently we’re willing to give it a try, and I will not be surprised by our “success” at this omnicidal endeavor.

Onto anarchy. Few people understand what it is, and even fewer support it. As a product of cultural conditioning, the typical American confuses anarchy with terrorism. Considering the near-term exit ofHomo sapiens from this planet, it seems a bit ridiculous of me to express concern about living outside the absurdity that has become mainstream.

Color me non-judgmental. Continue to fuck the planet and our future, and see if I give a damn. Minor efforts to sound the alarm, including my own, fade to insignificance when compared to the juggernaut of global imperialism. These efforts have long been irrelevant; it’s my awakening that is new.

We had an opportunity to return to our tribal roots, as others have done when civilizations collapsed. Consider, for example, the survivors from the Olmec, Chaco, and Mimbres cultures, all of whom chose tribalism when civilization failed. Tribalism worked for two million years in a diverse array of situations. It worked before and after civilizations arose in specific regions. For many decades, our version of civilization has been successful only for a few individuals of one species, yet we keep tinkering with the system long after it’s failed.

Despite considerable evidence to the contrary, we’ve come to believe industrial civilization is the only way to live. As we’ll soon discover, it’s the only way to die, at least at the level of our species.

Inspired by Kurt Vonnegut’s eponymous poem, I offer the following Requiem for Earth.

If Earth could sing with a female voice.
Her strength would be evident, though her tone might waver.

Could she withhold judgment against one of her own,
through all we’ve done to her, and our brethren?

We lived in her bosom from which we were born
for two million years not forsaking our home.

Then we became something different from all we had known,
and in the gasp of a breath we destroyed it all.

Can you blame her for judging us, considering what we’ve done?
She gave us every chance to turn it around.

Now we’re all done and she’s endured our abuse,
including pillage, plunder, and rape without any excuse.

All she can sing in that mournful tone is sorrow for the power she unleashed,
through us and thus dispassionately onto herself, destroyed by one of her own.

She must ponder how our hubris overwhelmed our humility
in concluding about our recent selves: They didn’t like it here.