Muppet urges Israelis to prepare for possible emergency
The Israeli muppet on the cover of a new, emergency pamphlet being distributed nationwide puts a happy face on some grim warnings in a country preparing for possible war with Iran. 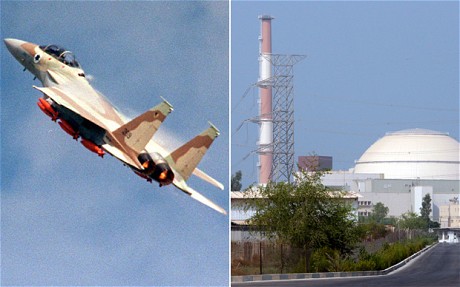 Israelis, the military-issued booklet says, would have only between 30 seconds and three minutes to find cover and hunker down between the time air raid sirens sound and rockets slam into their area.

The 15-page pamphlet has started to appear in mailboxes across the country, and instructs Israelis how to prepare a safe room or shelter for emergency situations.

On the cover a smiling Moishe Oofnik, the Israeli muppet version of Oscar the Grouch - the resident pessimist of the U.S. children's show Sesame Street - sticks out of the trash can he calls home.

He strikes a more pensive pose inside the booklet, resting his head on his hand under instructions on what to do when sirens wail.

Stepped-up rhetoric by Israeli officials in recent weeks has suggested Israel might soon attack an Iranian nuclear programme its sees as an existential threat, raising international concern about regional conflict.

Israeli ministers have said up to 500 civilians could die in any war following a strike on Iran.

An Israeli military source said on Monday the emergency pamphlet was part of a regular, public awareness campaign and noted it also included advice on how to act in the event of an earthquake.

"There are always innovations the public needs to know about, it doesn't mean anything is going to happen today, tomorrow or the next day," the source said.

Iran denies it is seeking atomic weapons and has promised to retaliate strongly if it is attacked. Israel fears that Iran's Hezbollah guerrilla allies in Lebanon and Palestinian militants in the Gaza Strip could also launch rocket strikes.

Israel stepped up the distribution of gas masks and other protective gear to the public some weeks ago, but the mailing of what-to-do information suggested an escalation in preparation for possible conflict.

The pamphlet urges Israelis to have a "family talk" about getting ready for any national emergency.

"You should find the proper time to have the conversation -- not during mealtime or when you are watching television. It should not be held after a family argument or when you are agitated about some other pressing matter," it advises.