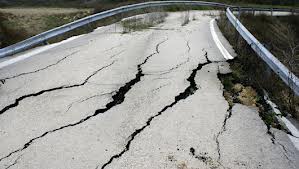 It is uncommon for quake-hardy California cities to declare emergencies due to tremors, but Brawley mayor George Nava said the earthquake swarm is a unique case because it has lasted for days and caused millions of dollars in damage.

The cluster of relatively small quakes, which are caused by water and other fluids moving around in the Earth's crust, began on Saturday evening and climaxed the next day with a 5.5 temblor, according to the U.S. Geological Survey.

The tremors were continuing on Wednesday and geologists say there have been hundreds in total.

Nava said leaders in Brawley, a city of 25,000 residents south of the state's inland Salton Sea and 170 miles (275 km) southeast of Los Angeles, declared a local emergency late on Tuesday. Officials with surrounding Imperial County made a similar declaration on Wednesday.

Nineteen mobile homes were knocked off their blocks and their residents forced out, Nava said. The auditorium at Brawley Union High School has been damaged and closed off, and the National Beef slaughter plant in Brawley has been temporarily shut down due to damage, he said.

Local businesses have suffered millions of dollars in losses from closures and from customers staying away, Nava said. But he could not give an exact account of quake-related losses.

The Red Cross and local government agencies will offer services to residents on Friday and Saturday at a local center. The emergency declaration allows Brawley to receive more assistance from Imperial County, Nava said.

At one point, about 10,000 residents in the city were without power, and the quakes have also caused water line disruptions, Nava said.

"When you don't have an AC or running water, it's just not a good thing in this weather," he said.

Jeanne Hardebeck, research seismologist for the U.S. Geological Survey, said earlier this week that the cluster of quakes is not a sign that a larger temblor is imminent