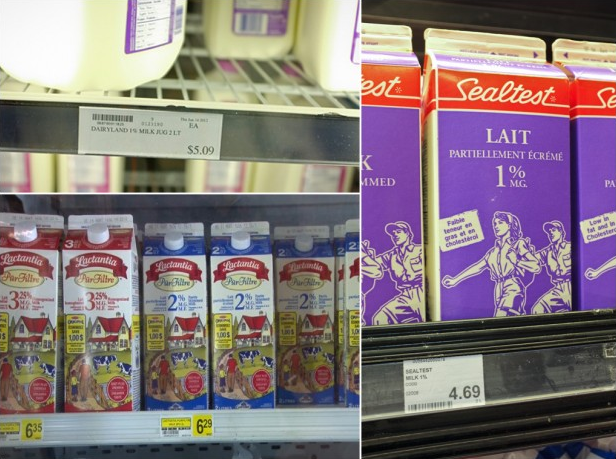 Protests were held in Nunavut Saturday to highlight rising prices.

Sheila Katsak in Pond Inlet, Nunavut, said she spends about $60 a day to feed her family of five. Katsak said that doesn’t allow for any treats.

“It would be nice if I could buy a pizza at the end of the week. But I can't. It's not affordable,” she said.

The North West Company has 145 stores in the north. Spokesperson Michael McMullen said there are other expenses like electricity to consider.

“These refrigeration units behind us, it's 11 times more expensive to run them on a daily basis minimum,” McMullen said.

More than 3,000 kilometres to the west, in northern Yukon, the complaints are the same.

People in the remote community of Old Crow, Yukon, say it’s hard to afford a nutritious diet under the federal government’s food-subsidy program.

Community resident Robert Bruce said Ottawa does not care about the North and won't address the high cost of healthy living.

The local representative on a panel that advises the government on the subsidy program has heard the complaints.

Kathie Nukon said even she avoids using it. Instead, when she can she buys groceries during trips to southern Yukon.

“I haven't had that experience. I totally avoid it myself. When I go to Whitehorse I just shop at the store myself and just bring it as baggage,” Nukon said.

She estimates buying food at the store in Old Crow costs $50 per meal for her and her grandchild.

Nukon wants the board that oversees the program to come north.

“I think the only solution right now is to invite the board here and have a public meeting and get them to talk to everyone,” she said.