Gazprom puts Shtokman on hold
Gazprom says development of Russia's vast Shtokman gas field in the Barents Sea has been put on hold for an indefinite time due to the high cost of the project. 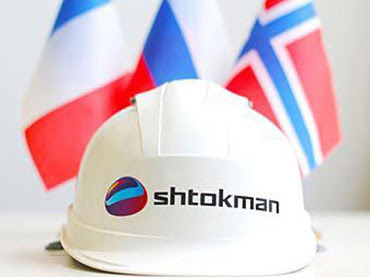 Gazprom’s partners in the project – France's Total and Norway's Statoil, agreed with the decision that the project can not go ahead due to cost overruns, says Vsevolod Cherepanov, Head of Gazprom's production department. Gazprom has a 51% stake in the project, Total has 25% and Statoil has 24%.
"All parties have come to the conclusion that the financing is too high to be able to do it for the time being," Cherepanov told a conference.

The development of the huge Shtokman deposit, which is one of the world’s largest and could potentially contain gas reserves of almost 4 trillion cubic metres, has been put off by several factors, including a shale gas revolution in the United States which had been viewed as a primary export market for Shtokman.

A Statoil spokesman on Wednesday said the partners are still in talks over the project's future. "We have direct dialogue with Gazprom and still believe that it should be possible to implement this project, but a number of factors needs to fall into place," Jannik Lindbaek said.

Gazprom’s main spokesman Sergei Kupriyanov has confirmed to the Financial Times that the decision could be reviewed “only when conditions in the market change: either prices rise, or costs go down.”
Posted by seemorerocks at 20:08