This won't be getting much attention in the mainstream media. For one, this meeting represents most of the world outside of North America and Europe. 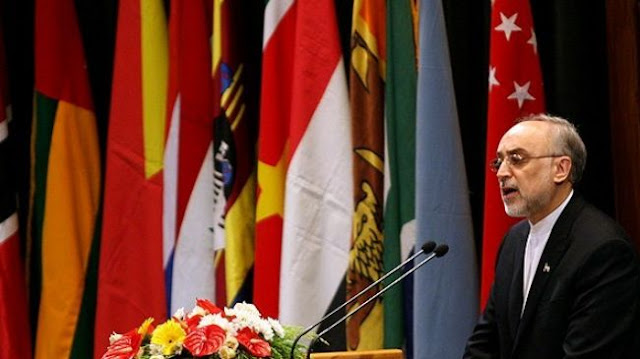 At the opening ceremony of the NAM ministerial meeting, Iran's Foreign Minister Ali Akbar Salehi hailed Egypt’s efforts during the past three years which “have had considerable effect on the progress of NAM’s programs.”

On Sunday, during the opening ceremony of the NAM expert-level meeting, Iran assumed the rotating presidency of the movement for three years. Egypt's Ambassador to the United Nations Mootaz Khalil formally handed over the presidency to Iran.

More than 100 countries are partaking in the NAM meeting which kicked off at the expert level in Tehran on Sunday.

The foreign ministers of the NAM member states have been arriving in Tehran to attend the summit since Sunday.

The meeting of the heads of state and government will open on Thursday with an inaugural speech by Leader of the Islamic Revolution Ayatollah Seyyed Ali Khamenei.

NAM, an international organization with 120 member states, is considered as not formally aligned with or against any major power bloc.