This is just insane!

Only in America....or Britain, or a number of other places.

Deaf Three-Year-Old Not Allowed to Sign His Name Because It Violates Preschool’s Weapons Policy
A deaf preschooler in Grand Island, Nebraska, has been prohibited from signing his own name because school administrators believe the gesture he uses looks too much like a gun. 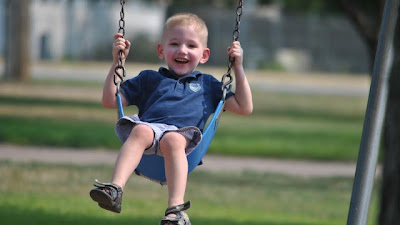 "He's deaf, and his name sign, they say, is a violation of their weapons policy," Hunter Spanjer's father Brian told Channel 10/11.


"Anybody that I have talked to thinks this is absolutely ridiculous," Hunter's grandmother told the news outlet. "This is not threatening in any way."
The preschool, which has a strict zero-tolerance policy toward "any instrument...that looks like a weapon," would not discuss the matter, but said they were working with the parents on a compromise.


Meanwhile, the ACLU and the National Association of the Deaf have reached out to the family in support, committing themselves to assist should a legal avenue be pursued.

Posted by seemorerocks at 11:02