World's legacy airlines come under pressure
"Qantas has been through an exceptional period in its history over the past 12 months." When Alan Joyce, the Australian airlines's chief executive uttered the sober statement last week, there were few in the global aviation industry who didn't feel a degree of empathy 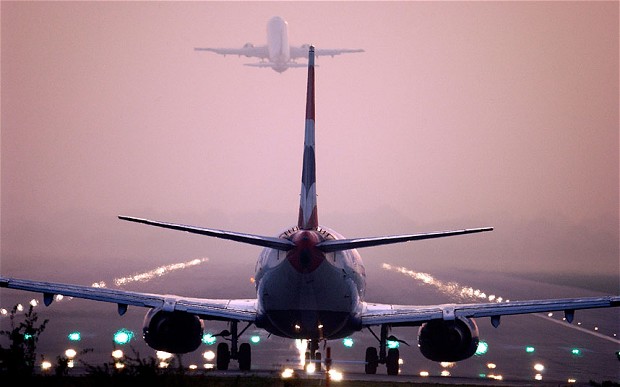 The national flag carrier admitted it had racked up its first annual loss since it was privatised in 1995 but Mr Joyce is not alone as he flies through dark skies. He doesn't have to cast his eye far before he finds a competitor in similarly turbulent times.

British Airways-owner IAG is sitting on half-year losses of €390m (£309m) amid "deep and structural" problems at its Spanish airline Iberia. Air France is shedding 1500 jobs. UK regional airline Flybe has been forced to issue yet another profit warning, its fifth since its flotation in 2010. Even Ryanair, the seemingly indomitable low cost carrier, saw a 28pc drop in pre-tax profits in the first quarter.

You don't have to look far to see how the winds of change are causing even the sturdiest of airlines to endure a bumpy flight. Ryanair boss Michael O'Leary's third bid for Irish rival Aer Lingus in June took the City unaware but some of his logic behind the €649m tilt is perhaps less of a shock, according to analysts.

While Mr O'Leary is used to many of his more unusual schemes - such as "pay per pee toilets" and standing room-only planes - being laughed off, this is one idea that many in the aviation industry are taking deadly seriously.


Andrew Lobbenberg, head of European transport research at HSBC, has highlighted five of the smaller European carriers, which he believes will deliver the industry consolidation anticipated, whether they become an acquisition target or whether it is through failure. He has highlighted the ones to watch as Finnair, Spain's Vueling, Flybe, Scandinavian carrier SAS and Air Berlin.

However, the battle for the skies is taking place at every level of the industry and it's not only the minnows that that are jostling for air space. Virgin Atlantic last week unveiled plans for its first short-haul flights between London and Manchester as Sir Richard Branson's carrier is forced to up its game following the takeover of bmi by BA.

The entrepreneur does not want to rely upon feeder flights from his rival, BA, to supply passengers to his long-haul network – a role that was previously performed by bmi. Sir Richard also plans to launch London to Scotland routes as he takes on the UK's legacy carrier.

On a global level too, younger airlines such as Emirates, Qatar Airways and Etihad are challenging the legacy carriers on territory they have ruled for decades.

"There's no doubt that the big low cost carriers, Ryanair and easyJet, are doing and will continue to do very well," says John Strickland of JLS Consulting. "Ryanair had a sharp fall in [Q1] profits but they are still highly profitable even though their profits are down."

However, even the low cost carriers are having to pick their battles wisely, according to Donal O'Neill, analyst at Goodbody.

After an extended period of growth and aggressive route expansion, the low cost carriers are now taming their aircraft orders and concentrating on improving margins and load factors – the number of occupied seats on each flight.

On the surface, the outlook for the legacy carriers such as IAG, Air France and Lufthansa appears pretty bleak as they struggle with heavy losses and face growing competition from the likes of Virgin and Emirates. Despite this, some analysts feel they now have an opportunity.

Tempered growth at easyJet and Ryanair will take the pressure off and allow them to force through much-needed restructuring to their short-haul operations. But those expecting a period of frenzied mergers and acquisitions in the airline industry may be disappointed, says Mr O'Neill.

One inevitability, though, is more airline failures. Hungary's Malev and Spanair are among those that have gone to the wall, unable to overcome high fuel bills and consumer spending squeezes. Analysts believe it is now only a matter of time before another domino topples