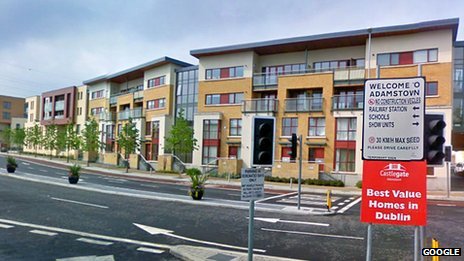 Real estate agents in Australia who assured everyone for years there was no housing bubble and home prices would only ever go up because there was a "shortage of houses" are now telling everyone who is stuck in a house they cannot afford that they have prices too high.


What this means of course is real estate agents are selling few homes, thus making little in commissions so they need prices to come down. What the agents don't realize is this is the beginning of a trend and home prices, some drastically reduced already, still have much further to fall.


The Sunshine Coast Daily reports Sellers get realistic with cuts

The prices of some Sunshine Coast properties have been slashed by a million dollars as owners look to shift homes that have been stewing on the market for up to four years.

A list of the top 25 discounted properties from the SQM Research shows prices discounted between 24% and 40%.

The head of SQM Research, Louis Christopher, said the discounting was the result of vendors being forced to correct unrealistic price expectations.

"Many are not willing to accept where the buyers are at. They can't handle, psychologically, that this is what their property is worth," he said.

The discounting on the Sunshine Coast was not confined to any area or price range. SQM's list showed price cuts at beachside locations from Mooloolaba through to Noosa Heads and Rainbow Beach, and out to the hinterland villages of Mapleton, Cooroy and Imbil.

In Due Time My Little Pretty


This article is sure to trigger complaints "It's only the Sunshine Coast" or some other such nonsense as if large cities and more populated areas will not be affected to this degree.

In due time my little pretty, all in due time.


Back in the Solar System


By the way, the article said sellers are realistic. What the writer meant was "back in the solar system" as opposed to "realistic". Until homes are selling in normal transaction volumes for sustained periods, sellers will not really be "realistic".


Remember how the boom in China was guaranteed to prevent falling prices for iron ore and other commodities? Recall that such nonsense was supposed to prevent a recession.

ONE of Europe's biggest banks today warned of the growing risk of recession in Australia in 2013, as prices for its key commodities such as iron ore and coal spiral lower.

The warning by Deutsche Bank comes amid rising concern that Australia's mining investment boom, which has insulated the commodity-rich economy from a global slowdown, is waning, leading to mine expansions being scaled back and mounting job losses.

Policy makers are "dangerously complacent" about the risk now arrayed against the $1.4 trillion economy, which relies heavily on prices paid for its biggest exports - iron ore, coal and gas - for its prosperity.

The assessment stands in stark contrast to the upbeat appraisal by the RBA, which earlier this month upwardly revised its forecast for economic growth in 2012 to 3.5 per cent, from 3 per cent.

The RBA today said it expected the mining investment boom to peak during 2013-14, but added the timing of the peak was uncertain.

Also today, corporate insolvencies hit a record high in the year to June 30, according to the Australian Securities and Investment Commission. Mining states are among the worst hit, it said.

"We see one of the mining boom states, Queensland, showing one of the most dramatic increases in corporate failures," ASIC said. "Western Australia's financial year company failure figure is also the highest on record for that state."


The idea the investment boom will keep going until 2014 is complete nonsense given mining companies are going insolvent at record highs.


The upward GDP revision by the Reserve Bank of Australia is also nonsense. One really has to wonder what those clowns are smoking.

Iron ore prices have fallen to their lowest since late 2009 as steelmakers in Europe curtail purchases, forcing miners to sell their output in the congested Asian market.

Iron ore traders and brokers said Vale of Brazil, the world’s largest iron ore miner, was diverting part of the material usually identified for European steel mills into the Asian spot market at the precise moment Chinese consumption slows down, forming a glut.

Iron ore has been a cash-cow for the mining sector during the past five years and the current drop in prices is affecting substantially the profitability of blue-chip miners Vale and London-listed Rio Tinto, BHP Billiton and Anglo American.

Cost of Chinese steel has also plunged to levels last seen nearly three years ago, emphasising the depth of the slowdown in the world’s second-biggest economy.

Analysts at Nomura said they were “very concerned” that Chinese steel mills had increased production at the same time as prices fell and many of them had struggled to make a profit. “The recent collapse in steel and iron ore prices suggests to us that we have reached the point in the cycle where a major destock is required,” Nomura said. “If production is not cut voluntarily, imbalances will continue to build, increasing the risk of a large, involuntary cut in steel production.”

Last month the China Iron and Steel Association said domestic steelmakers saw profits plunge 96 per cent in the first half compared with a year ago, turning the industry into a “disaster zone”.


China has slowed, as predicted in this corner, and commodity prices, especially coal and iron ore are taking a hit. Growth in China will slow much further over the next decade and that pain has yet to be felt.


Here are a few pertinent links

The housing bust coupled with a commodity bust and a commercial real estate bust is going to turn most of Australia into a disaster zone for profits.