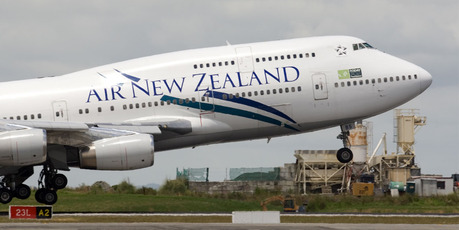 Analysts are forecasting a full-year profit for Air New Zealand of between $50 million and $63 million to be released on Thursday, sharply down on last year's bottom line of $81 million.

The outlook for the coming year is clouded by fuel prices which have started to climb again, and the state of the global airline sector, and will have a bearing on the timing of any further selldown of the Government's 75 per cent stake in Air NZ.

Although selling off a further chunk of the airline was always towards the back of the queue of what has become a troubled asset sales programme, until airlines' fortunes improve the soft demand for shares is likely to linger for some time.

One analyst says it could have been worse. Qantas last week recorded its first loss in at least 17 years, but Air New Zealand has been able to stay in the black thanks to cost-cutting signalled last year and a short-lived dip in the fuel price in the final quarter of the year to June 30.

"There have been difficult conditions throughout the last few years but they have stayed profitable, albeit at a low number, whereas the majority of airlines globally are in loss territory," said Rob Mercer, head of research at Forsyth Barr.

He is forecasting a profit of around $63 million, down on the previous year, which was hit by natural disasters and high fuel costs.

Mercer said the latest year's result would also be helped by being able to move from older Boeing 747s to the newer 777s, which deliver fuel savings of around 15 per cent.

Although it faces the same fuel issues as Qantas on its long-haul routes and is an "end of the line" carrier, Air New Zealand was different to its Australian rival because it had been able to adapt more quickly.

"They've been ahead of the curve in terms of demand and fleet management. Qantas ended up bringing through a lot of new aircraft when things really soured and they faced a lot more competition on their long haul."

Qantas faces three or four strong competitors on most routes, whereas because of its small size, Air New Zealand typically will face one key competitor on each route or even have it to itself. It has been helped by Qantas pulling out of the Auckland/Los Angeles route but will face competition to the United States when Hawaiian Airlines launched its services in March.

'If Air New Zealand can handle a stable higher fuel price it makes it difficult for competition to come on to those routes because it's already hard enough to make a profit," Mercer said.

Despite this, Air New Zealand's long-haul routes - last year bleeding $1 million a week - would still be in the red. Its short-haul airline, including domestic services, which accounted for about 60 per cent of revenue, would be positive.

Head of research at Goldman Sachs, Marcus Curley, is expecting a profit of around $50 million for the year.

The airline's traffic figures for June revealed a jump across the group which would keep the result "respectable", he said.

"The focus will be on the outlook, especially what has been a more recent increase in jet fuel prices. The progress they made in the end of the financial year may be somewhat offset," he said.

The results will be the last for chief executive Rob Fyfe after seven years in the job.

Mercer said Fyfe had been consistent in deploying an innovative and flexible strategy.

"If you go back 10 years it was an airline that was poorly regarded with consumer and investor feedback, but now the majority of people have a positive view about the way it's been managed. It's fended off the risk of losses playing in a global market where fuel is such a huge cost."