I thought the US's main foe was international terrorism or Iran, or....
Yes, there's no doubt it is ALL about resources. We also live in an Orwellian age 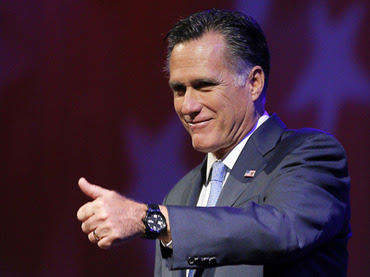 Williamson contended that the "reset" in relations with Moscow, which had been announced by the Obama administration in 2009, had been a failure.
“They are crowding out civil society, they are trampling human rights, and they are opposed to us in a number of interests,” Williamson was quoted by Foreign Policy as saying. “We have to reset the failed reset policy.”

Another senior foreign policy advisor for Romney, former ambassador-at-large Pierre-Richard Prosper, also expressed his support for the former Massachusetts Governor’s stance on Russia.
“They are our foe,” Prosper stressed. “They have chosen a path of confrontation, not cooperation, and I think the governor was correct in that, even though there are some voices in Washington that find that uncomfortable.”

The former envoy also suggested that Russia was never “on the side of peace” or “humanity,” and said it was “not behaving like a democracy” despite claiming to be one.
Also present on the panel, which was held by the University of Tampa, were Russian opposition figure and journalist Vladimir Kara-Murza, as well as Pavel Khodorkovsky, president of the Institute of Modern Russia and son of jailed former Russian oil tycoon Mikhail Khodorkovsky.
In the meantime, Republicans nominated Romney to take on President Obama come November at the party's convention, held nearby. In March, Romney stated that Russia was America’s “number one geopolitical foe” after a live microphone caught Obama telling Russian then-President Dmitry Medvedev that he would have more “flexibility” on the disputed European missile defense system in his second term.

“This is without question our number one geopolitical foe; they fight for every cause for the world's worst actors. The idea that he has more flexibility in mind for Russia is very, very troubling indeed,” Romney said.