Ron Paul was right: GOP mulls return to gold standard
The United States’ top GOP lawmakers will go over policy during next week’s Republican National Convention in Tampa, Florida, and among the issues to be discussed is whether a return to the gold standard is worth pursuing for the party. 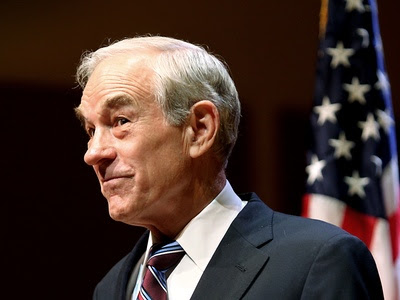 America has not backed its money on gold since the early 1970s, but GOP presidential hopeful Rep. Ron Paul (R-Texas) has adamantly rallied for a return throughout his tenure in Congress. With the libertarian lawmaker preparing to walk away from his Capitol Hill roll after the upcoming presidential election, the rest of the Republican Party may very well finally be considering his ideas.

Rep. Paul has encouraged his supporters to consider a return to the gold standard since the days of the Reagan administration, and in a proposal released this week that outlines official Republican Party policy this election season, the rest of the GOP may finally be siding with the congressman. According to drafts of party platform policy to be discussed in Tampa and made available to the Financial Times, members of the GOP are calling for the establishment of a commission to examine returning to the gold standard.

“These were adopted because they are things that Republicans agree on,” Marsha Blackburn, co-chair of the platform committee, tells Financial Times. “The House recently passed a bill on this, and this is something that we think needs to be done.”

Next week, members of the commission will weigh the pros and cons of a return to the gold standard, a discussion that will influence the platform the party will use in the process to elect a candidate to challenge the incumbent on Election Day, Democratic US President Barack Obama.

Alas, it is something that Rep. Paul has been running with for ages.

"Now, three decades later, as we face the task of cleaning up the wreckage of the current Administration's policies, we propose a similar commission to investigate possible ways to set a fixed value for the dollar," the new proposal reads.

On their part, the Financial Times says, “The move shows how five years of easy monetary policy — and the efforts of Congressman Ron Paul — have made the once-fringe idea of returning to gold-as-money a legitimate part of Republican debate.”

“There is a growing recognition within the Republican Party and in America more generally that we’re not going to be able to print our way to prosperity,” Sean Fieler, chairman of the American Principles Project, tells FT.

As it happens, however, the timing could not be better. Charles Morris of HSBC Global Asset Management in London tells Bloomberg, “There’s no doubt about it, this is gold’s moment,” and, according to the news outlet, “Twenty-nine of 35 analysts surveyed by Bloomberg expect prices to rise next week.”

President Reagan proposed a “Gold Commission” in 1981, ten years after Richard Nixon ended a relationship between the US dollar and the previous metal. At the time, Rep. Paul served as a committee member. Now 30 years later, the GOP establishment is considering not just his return to the gold standard but another platform of Paul’s too — Republicans will be considering a proposal to audit the Federal Reserve next week in Tampa, another issue that the congressman has campaigned on for decades..
Posted by seemorerocks at 10:39