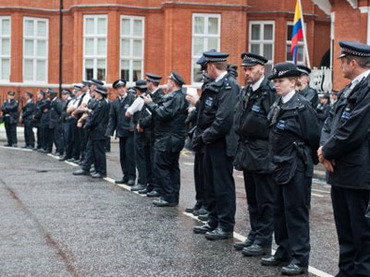 The Ecuadorian government revealed that it received"a communication from the British Foreign Office which said that there was no threat to enter the embassy."

"We consider this unfortunate incident over, after a grave diplomatic error by the British in which they said they would enter our embassy," Ecuadorian President Rafael Correa said Saturday in a weekly media address.

On Sunday, Britain stated that it remains committed to a diplomatic solution to the standoff and expressed willingness to restart talks with Ecuador.

"We remain committed to the process of dialogue we have entered into and we want that to resume with the government of Ecuador," a British Foreign Office spokeswoman said.

Ecuador granted Assange political asylum but the UK says it will arrest him if he leaves the embassy to deport him to Sweden, where he is wanted for questioning over sexual assault allegations.

The case strained relations between London and Quito, which was infuriated after British authorities warned they could enter the Ecuadorian embassy to seize Assange.

The announcement comes a day after all the members of the Organization of American States, except for the US and Canada, stated their support of Ecuador in relation to Assange’s saga.

Senior officials from the 35-state bloc adopted a resolution of solidarity with Ecuador. They reaffirmed their “respect of sovereignty” and denounced “the use of forces in solving conflicts.”

All members approved the full text of the document except for Canada and the United States, which refused to express “solidarity” with Quito.

Earlier, the Ecuadorian president said in an exclusive interview with RT that “Once we granted asylum to Assange, he is under the protection of Ecuador, and we will do everything to make sure this protection is effective.”


‘'Operation Free Assange’: Anonymous take down Interpol website
Hactivist group Anonymous claims to have taken down the websites of Interpol and a British police force as part of a campaign calling for the freedom of WikiLeaks founder Julian Assange. 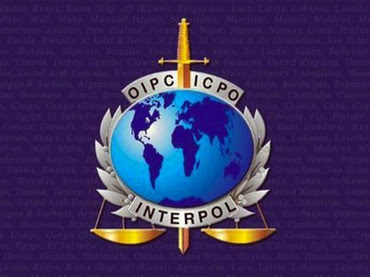 Several Twitter accounts associated with the loose-knit Anonymous collective have announced that the website of International Criminal Police Organization was taken down. The site was unavailable as of 9:18 pm GMT but resumed functioning soon after.

The hackers also claim to have taken down the website of the Serious Organised Crime Agency (SOCA), a UK police unit responsible for operations against serious and organized crime.

Assange, the founder and editor of whistleblower website WikiLeaks, has been ordered by Swedish authorities to be extradited from the UK where he had been under house arrest. Two women from Sweden have accused Assange of sex crimes, although he has yet to be charged.

In fear of being sent to Sweden and then extradited to the US to be tried for his role with WikiLeaks, Assange applied for political asylum in Ecuador, which the Latin American country finally granted him earlier this month.

Regardless, British authorities have refused to give Assange safe passage out of the Ecuadorian Embassy in London so that he may travel overseas.
Posted by seemorerocks at 11:40