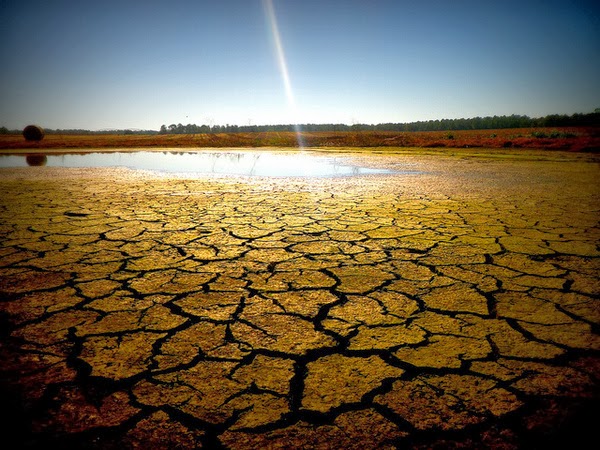 A September paper by the world's leading body of scientists studying the effects of human activity on the world's climate suggested there was a slim chance that greenhouse gas emissions would force global warming to a smaller degree than previously suspected. But a new study yanks the rug out from under that slight bit of optimism.

The new study, published Sunday in the journal Nature Climate Change, suggests that the amount of increase in global temperature for each ton of carbon dioxide we release into the atmosphere may be higher than had been hoped. Climate scientists refer to this relationship as "climate sensitivity."

A report put out in September by the Intergovernmental Panel on Climate Change suggested that it was possible that the actual amount of warming for each ton of CO2 emitted might be very low. If that were true, it would give global society a bit more time to reduce its emissions of greenhouse gases before catastrophe ensued. But according to Sunday's paper, the September IPCC report failed to account for the effect of "aerosols" such as smog and fine dust, which reflect sunlight and can cause temporarily lower temperatures in parts of the world with polluted air.

Aerosols cool the surface of the earth beneath them by reflecting sunlight back into space. If less sunlight hits the surface, less solar energy turns into heat at the surface. In other words, aerosols work like parasols, shading the earth below and keeping it cooler. Aerosols are concentrated over the cities of the Northern Hemisphere, and that's where their cooling effect is the most pronounced. Land has less thermal mass than ocean, which means that land areas cool more rapidly when shaded by aerosols.

According to NASA climate scientist Drew Shindell, the lead author of Sunday's paper, the September IPCC study assumed aerosols were distributed uniformly over the Earth's surface rather than concentrated over Northern cities. That assumption biased the IPCC's results, says Shindell, causing them to conclude that the observed warming so far implied the possibility of low sensitivity.

Instead, says Shindell, when you account for the actual behavior of aerosols and other atmospheric pollutants such as ground-level ozone, the resulting conclusions about the Earth's climate sensitivity are significantly more pessimistic than those in the IPCC's study. In a measurement called Transient Climate Response (TCR), which assumes that the amount of CO2 in the atmosphere doubles over the next 70 years, Shindell and his colleagues determined that the increase in greenhouse gases will most likely force a global temperature increase of 1.7° Celsius (a bit more than 3° Fahrenheit), with a minimum increase of 1.3ºC. In September, the IPCC suggested that the TCR could be as low as 1.0°C.

Three degrees Fahrenheit may not seem like all that big an increase, but it's worth remembering two things: First, even seemingly small increases in global temperature can dramatically increase the strength of weather anomalies such as storms and droughts. Second, of the range of scenarios for how human society responds to the threat of climate change, the one that most closely resembles the path we seem to be on -- paying lip service to the issue while increasing exploitation of fossil fuels -- has us more than tripling the CO2 in the atmosphere by 2100. 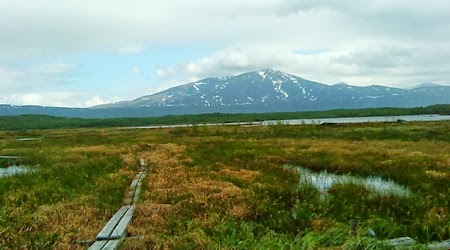 In time with the climate warming up, parts of the permafrost in northern Sweden and elsewhere in the world are thawing. An international study published in Nature Communications describes a newly discovered microbe found in the thawing permafrost of a mire in northernmost Sweden. There it flourishes and produces large amounts of greenhouse gases.

Several billion years ago, before cyanobacteria oxygenised Earth's atmosphere, there was a group of microbes called archaea which flourished in the warm, shallow oceans, letting out the greenhouse gas methane into the atmosphere. Today, most of the archaea's descendants hide in places where oxygen cannot reach them. Many still produce methane. The methane-producing (methanogen) archaea in permafrost have led still lives in the frozen soil. The small amounts of methane they produced have stayed below the ice or have been consumed by methane-eating neighbours.

The heating-up of the arctic regions has changed this status quo. The methanogens now have access to carbon dioxide and hydrogen which they convert into methane. The methane is let out into the atmosphere and contributes to further global warming.

Previous research shows that the permafrost of the Stordalen mire has melted quickly over the last 30 years and that the mire emits an increasing amount of methane. Rhiannon Mondav, PhD student of limnology at Uppsala University, is part of the international research group which decided to look for methanogens in the mire. Several hundred samples of peat, water and air were gathered over several years and analysed.

When Rhiannon Mondav analysed the peat samples she discovered a previously unknown methanogen. Together with the research group she mapped its genome and named it Methanoflorens stordalenmirensis.

This newly discovered methanogen exists in such abundance that it made up 90 per cent of the archaea in the Stordalen mire. Methanoflorens stordalenmirensis feels so at home in the melting permafrost that it blooms, in a similar way to algal blooms. This is a previously unknown phenomena in methanogens, and since methane is a by-product of their metabolism it will have significant environmental consequences.

"DNA fragments from this microbe have been found over the last 20 years, but no one knew what it did or who its closest ancestors were. What we have done is to figure out what it does and who it is related to", says Rhiannon Mondav.

Now that the new species has been described, it has been found to exist also in other peatlands and mires, contributing in a significant way to global methane production and thereby global warming. Methanoflorens stordalenmirensis manages surprisingly well in the acid peatlands with annual cycles of freezing, melting, flooding and drought.

"Methanoflorens stordalenmirensis seems to be a indicator species for melting permafrost. It is rarely found where there is permafrost, but where the peat is warmer and the permafrost is melting we can see that it just grows and grows. It is possible that we can use it to measure the health of mires and their permafrost.

The recently documented global distribution also shows, on a much larger scale, that this microbe spreads to new permafrost areas in time with them thawing out. This is not good news for a stable climate", says Rhiannon Mondav.