This is just of no interest to mainstream NZ media

Farm bills soar as drought drags on in north

Northland dairy farmers are paying more than two-thousand dollars a day to feed their animals, as the Indian summer shines on and their pastures burn to a crisp. There's been no significant rain since before Christmas - a pattern that's become the new normal for the west coast.

Farmers hoping for rain, not deluge
Farmers on Northland's west coast are waiting to find out whether a tropical storm expected this weekend ends their weather woes or makes things worse. 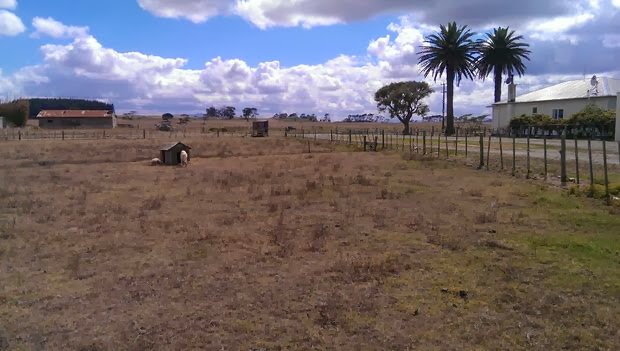 There has been no rain there since Christmas and Northland Rural Support Trust co-ordinator Julie Jonker said at least 100mm is needed over a period of days to make a difference.

MetService is warning of strong winds and heavy rain as a cyclone blows in from the north-east.

Ms Jonker said it would be a blessing if the rain falls but a heavy downpour on parched land could be disastrous, running straight off and causing flooding. Even if the west gets the rain it needs, it would take a month before any new grass was ready. 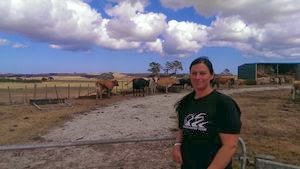 Dairy New Zealand advisor Kylie Harnett, who farms in Bayly's Beach Road, said five of the last six summers on Northland's west coast has been affected by drought. She said farmers prepare for dry summers by growing extra feed but many have had crops fail from a lack of rain or been forced to harvest early to feed hungry stock.

She is spending $2000 a day buying in feed for her cows and drying them off at the rate of 20 every few days. The worst-affected are farmers whose cows are due to calve in just a few weeks time and need fresh green grass, she said.

Hal Harding, who farms on Pouto Road, said the grass stopped growing not long after Christmas and, apart from a small area he irrigates with cow-shed effluent and a paddock of herbs he is trialling, there is no green to be seen on his land.

Feeding his herd is costing him $2,700 a day and he has been sending some stock away to graze off-farm. With about half his herd due to calve in a couple of weeks, he said he cannot afford not to rack up the feed bills.

Mr Harding said he would never sell up, but knows of two local farmers who have had enough and are off to the South Island this week, looking for greener pastures.

He said there was not a lot the Government can do, unless the Prime Minister's up to leading a rain-dance of Cabinet ministers Kaipara. But it may be time the district started to consider irrigation projects, and accepted Government help available to investigate that option.

Ms Harnett said the impact of drought is felt well beyond the farm-gate. The whole community loses out, when farmers put off servicing their bikes and machinery, don't go to the hairdresser or doctor and don't buy as many groceries as usual, she said.

Northland Rural Support Trust's Julie Jonker said five dry summers have depleted not just supplementary feed stores, but also the spirits of farmers who were hoping for just one good season to make the most of high farmgate milk prices.

She was keen to hear from anyone with grazing to offer or baleage to sell and is advising any farmers worried about their finances to talk to their banks and accountants and ring the Trust for information and support.

Farms from Northland to Waikato are in near-drought conditions after some areas got just 10-15 per cent of normal rainfall in February. 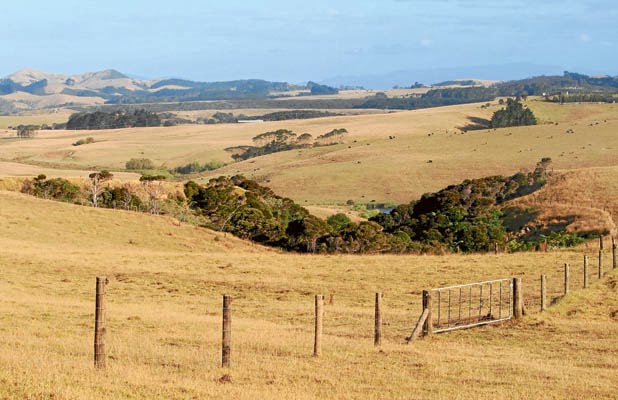 Waikato farmers are hoping another dry summer isn't a sign droughts are becoming the new norm.

While Christchurch recovers from floods, farmers in Waikato are hoping for significant rain after parts of the region got just 10mm of rain in February - about 10 to 15 per cent of normal.

It's much the same in rural Northland and Auckland, and the dry conditions come a year after drought ravaged much of the area.

Though a drought has not been declared, Federated Farmers Waikato provincial president James Houghton said the region was effectively in a drought now.

"I had a look back at the records and over the last six years, we've had four droughts, including this year," he told NZ Newswire.

"The older, experienced farmers have told me that after three or four dry years in the past, things have come right again, so let's hope their wisdom proves right."

Mr Houghton, a dairy farmer, said most farmers were now using supplemental feed for their stock.

"We have a diet check programme which has done an analysis of our supplemental feed to work out the best mix to use, and it's worked fairly well," he said.

Waikato farms didn't recover from last year's drought until June, though a positive economy and the prospect of a high Fonterra dairy payout is helping alleviate some problems.

MetService forecaster John Law said the outlook for the rest of March was for more dry weather.

Federated Farmers Northland provincial president Roger Ludbrook says even if a drought hasn't been declared, farmers can approach Inland Revenue about income equalisation relief, which will be considered on a case-by-case basis.

He said at a regional and national policy level, regions needed to have water strategies to deal with potential droughts.

"New Zealand doesn't suffer from a water shortage issue, just a water storage one."
Posted by seemorerocks at 10:48