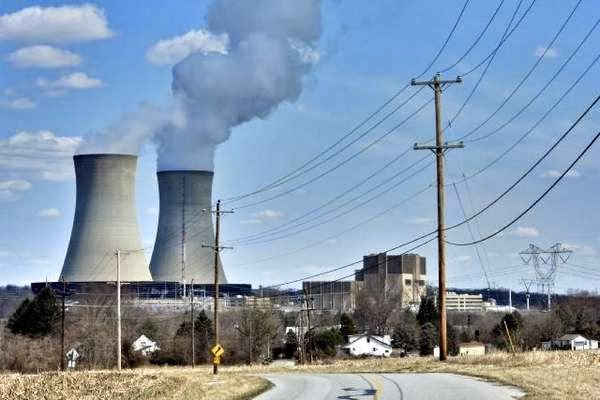 Operators shut down one of the reactors at a suburban Philadelphia nuclear plant due to a problem with the system that controls the flow of steam to the turbine.

They later "manually scrammed" the reactor, inserting all control rods to shut it down, the first time that has happened since July 2012 at the plant about 20 miles northwest of Philadelphia.

Plant spokeswoman Dana Melia said there is no threat to the public and service to customers will be unaffected. She said the valves will be repaired and tested before the unit is put back into service.


Operators of the Limerick Nuclear Generating Station shut down one of the reactors at the plant unexpectedly late Tuesday night due to a problem with the system that controls the flow of steam to the turbine.

According to a statement issued Wednesday morning by the Nuclear Regulatory Commission, the first alarm sounded at 11:24 p.m.

“When the level was at about 87 percent, at about 11:45 p.m., the operators manually scrammed the reactor, which means they inserted all control rods to halt the fissioning process and shut down the reactor,” Sheehan wrote.

The NRC’s on-site inspector was summoned and reviewed the actions taken by the Exelon Nuclear employees.

Sheehan said initial information indicates the problem was with the “turbine electro-hydraulic control system,” which regulates the flow of steam from the reactor to the turbine. The steam spins the turbine to generate electricity.

“This event presents no threat to public health and safety and will not affect electrical service to customers. Limerick Unit 2 remains at full power,” plant spokeswoman Dana Melia said in a press release sent to The Mercury at 10:07 a.m. Wednesday.

“Our initial assessment is that operator response to the condition and the event appears to have been appropriate, but our reviews are continuing,” Sheehan wrote.

He also noted that the control system where the problem occurred “is due to be replaced with a digital EHC system during an upcoming refueling and maintenance outage.”

“Plant personnel will repair and test the valves before placing the unit back in service,” Melia said in the statement.

However, Melia said plant management could not yet say how long it will take to repair the problem, nor when Unit 1 will be back on online.

She was unable, before deadline, to answer subsequent questions posed by The Mercury.

This is the first scram, or unscheduled reactor shutdown, of 2014 for the plant and the first since July 2012.

Exelon is seeking to renew the license for the nuclear plant, hoping to continue operations there for 20 more years. The plant’s operating licenses for its two reactors expire Oct. 26, 2024 (Unit 1) and June 22, 2029 (Unit 2).
Posted by seemorerocks at 18:15