Over the past 48 hours not much has changed.

The airport is confirmed fully in Novorussians hands and the main combats are in the towns of Peski, Avdeevka, Krasnogorovka and Marinka which are shown in black on the map below:

Gorlovka:
Gorlovka is still being hammered by the Ukrainian artillery which has resumed using cluster munitions.

Mariupol:
The Novorussian artillery regularly conducts strikes against the outskirts of the city were the Ukrainians have dug in.

The big news of the day is political: Zakharchenko has declared that the Novorussians are done taking prisoners and that they have no more interest in prisoner exchanges (which exchanged Ukrainian prisoners not for Novorussian soldiers, but for random citizens, criminal and even mentally retarded people).

In the meantime, the Minister of Defense of the Donetsk Republic has declared that 597 bodies have been recovered from the Donetsk Airport and that more are under the rubble.  Keep in mind that what the Ukrainians like to call a "brigade" is usually a battalion-size force, about 600-800 men.  In other words, it is quite possible that the entire 93rd "Zhitomir" Brigade whose commander was taken prisoner by the Novorussians has basically ceased to exit.

I would argue that it is quite possible that the Ukrainian front might break down and that the Novorussians could liberate a good part of historical Novorussia.

As for Poroshenko, he still promises a unitary Ukraine, only one official language and a total war against the "terrorists".

Regardless of the Kremlin's efforts to cool down the situation, I don't see any reason at all for the combats to stop.  And since Voentorg is working at full capacity, there is a good chance that Moscow is still pretending that a negotiated solution can be found when, in reality, the Kremlin has already decided that no negotiated outcome is possible, at least not with the freaks currently in power in Kiev.

A key day in the Ukrainian Conflict? 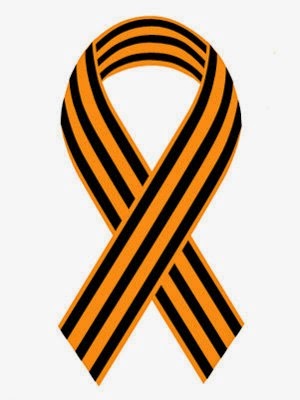 by Alexander Mercouris
This may turn out to be a critical day in the evolution of the Ukrainian conflict.

This is the closest Putin has yet come to since Poroshenko's election in implying that the junta is not the legitimate authority in the Donbass and that the two NAF republics are.

3. Putin has also had a telephone conversation with Lukashenko, who is a key partner in relation to the Ukrainian conflict. Again we have scarcely any information about what was discussed but Putin will have wanted to ensure that Lukashenko remains on board. I expect a phone call to Nazarbayev shortly.

4. We now know from comments made by Shuvalov at Davos that Beijing is being consulted all the time. The key point about what happened at Davos is that Shuvalov made it absolutely clear that Russia will not submit to sanctions and Kostin of VTB gave a very clear warning against any attempts to exclude Russian banks from the SWIFT payments system. The Financial Times has a good summary of the comments Shuvalov and Kostin made and I attach it below.

5. The Russian Justice Ministry meanwhile has formally banned a number of Ukrainian organisations including Right Sector. Some of us are surprised that they had not been banned already.

6. Zakharchenko has said that the Minsk Memorandum no longer applies. This is not the same document as the Minsk Protocol, which was the original ceasefire agreement that was agreed on 5th September 2014. Rather, it is the technical follow-up document that purported to set out the ceasefire line and which provided for the withdrawal of heavy weapons, which was agreed on 19th September 2014. Neither the Minsk Protocol nor the Minsk Memorandum have ever been implemented. By saying the Minsk Memorandum no longer applies Zakharchenko has freed the NAF to pursue offensive operations, which is currently what it is doing.

7. Lastly, Zakharchenko has also again been saying that the DPR's/LPR's decision to secede from the Ukraine is final.

Now it may be that all these discussions and conversations and comments are uncoordinated and do not in total amount to anything. Perhaps there has been no change in Russian policy. However they do look like a hardening of position and perhaps give clues that the Russians have at least for the moment given up hope of the diplomatic approach. They also suggest a preparation for a battening down of the hatches in case another round of sanctions is on the way.

One of Russia’s top bankers on Friday warned that excluding the country from the Swift banking payment system would be tantamount to “war”.

The suggestion that Russia could be shut out of Swift triggered widespread alarm in Moscow’s financial community when it was floated by western politicians last summer. Russia’s banks rely heavily on the Belgium-based payments system for both domestic and international payments. However, the move was at the time considered too punitive a sanction, being described by one adviser as “the nuclear option”.

Speaking at a panel in Davos on Friday Andrei Kostin, chief executive of VTB, Russia’s second-largest bank, said: “If there is no Swift, there is no banking . . . relationship, it means that the countries are on the verge of war, or they are definitely in a cold war.”

“The next day, the Russian and American ambassadors would have to leave the capitals,” he dded.

Mr Kostin’s comments highlight how the west’s sanctions regime is creating a sense of anger and defiance among the Russian political and business elite.
“The more you press Russia, I do not think the situation will change,” he said, pointing out that the country was moving to reduce its reliance on western payment systems such as Swift.

“We have already created a domestic alternative to the Swift system . . . and we need to create alternatives internationally.”

He drew attention to efforts under way between Russia and China to create a separate platform of their own, outside western control.

Igor Shuvalov, Russia’s deputy prime minister, echoed this theme. “We are developing our eastern vector,” Mr Shuvalov declared, pointing out that although efforts to build links with China had been under way before the crisis, they had dramatically intensified since sanctions started, as Russia looked for alternatives to the west.

Mr Shuvalov said that the so-called Bric countries (Brazil, Russia, India and China) were ready to help each other in a financial crisis too. “Large Chinese investors are coming to us,” he said.


The “pivot to Asia” has become a key part of Vladimir Putin’s foreign policy since the breakdown in relations with the west over Ukraine. While several flagship deals have been signed, such as the $400bn contract to supply Russian gas to China for 30 years last May, few Russian policy makers or businesspeople believe China can save the Russian economy from a painful recession.
“The present situation looks like it is softer than [the 2008-09 financial crisis] but we are going in to a long crisis situation and it may be protracted,” Mr Shuvalov said.

But he added that foreign pressure would not succeed in changing the political leadership of the country.

“We will survive any hardship in the country — eat less food, use less electricity,” he said.

Alexei Kudrin, the respected former finance minister, predicted Russia could see capital outflows of $90bn this year after a record $151bn in 2014. “We should clearly understand the price we are paying for sanctions,” he said. 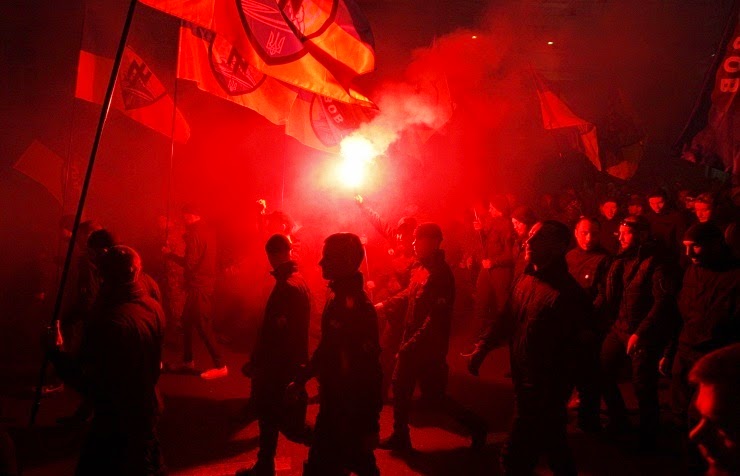 DPR and LPR troops are striking northern to Debaltsevo, likely in attempt to encircle Debaltsevo enemy group by meeting each other, also NAF has made attempt to advance towards Dzerzhinsk, though, without significant success for now. UAF sends its reserves to frontline and keeps shelling Gorlovka and other towns of Donetsk and Luhansk Republics

"Donbas under fire: War is War" documentary by Maxim Fadeyev.

Maxim is the only journalist who was at the terminal on the fisrt day of assault, he moved out to the New Terminal with "Sparta" troops to film the fights there, spent night in the New Terminal when only first and fourth floors were controlled by the militias while second and third floors were held by the UAF.