The super-rich plan their escape

As inequality soars, the nervous super rich are already planning their escapes 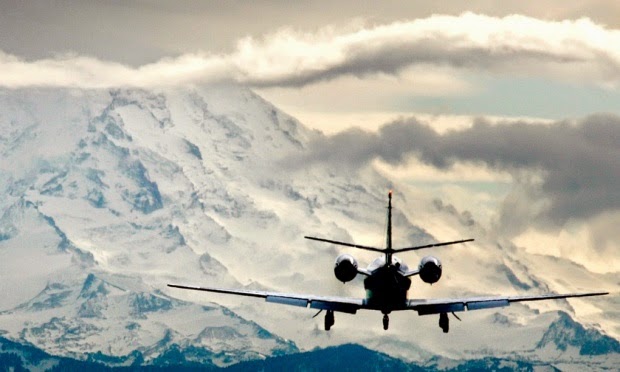 With growing inequality and the civil unrest from Ferguson and the Occupy protests fresh in people’s mind, the world’s super rich are already preparing for the consequences. At a packed session in Davos, former hedge fund director Robert Johnson revealed that worried hedge fund managers were already planning their escapes. “I know hedge fund managers all over the world who are buying airstrips and farms in places like New Zealand because they think they need a getaway,” he said.

Johnson, who heads the Institute of New Economic Thinking and was previously managing director at Soros, said societies can tolerate income inequality if the income floor is high enough. But with an existing system encouraging chief executives to take decisions solely on their profitability, even in the richest countries inequality is increasing.

Johnson added: “People need to know there are possibilities for their children – that they will have the same opportunity as anyone else. There is a wicked feedback loop. Politicians who get more money tend to use it to get more even money.”

Global warming and social media are among the trends the 600 super-smart World Economic Forum staffers told its members to watch out for long before they became ubiquitous. This year, income inequality is fast moving up the Davos agenda – a sure sign of it is poised to burst into the public consciousness.

Jim Wallis, founder of Sojourners and a Davos star attraction after giving the closing address in 2014, said he had spent a lot of time learning from the leaders behind recent social unrest in Ferguson. He believes that will prove “a catalytic event” which has already changed the conversation in the US, bringing a message from those who previously “didn’t matter”.

But as former New Zealand prime minister and now UN development head Helen Clark explained, rather than being a game changer, recent examples suggest the Ferguson movement may soon be forgotten. “We saw Occupy flare up and then fade like many others like it,” Clark said. “The problem movements like these have is stickability. The challenge is for them to build structures that are ongoing; to sustain these new voices.”

So what is the solution to having the new voices being sufficiently recognised to actually change the status quo into one where those with power realise they do matter?

Clark said: “Solutions are there. What’s been lacking is political will. Politicians do not respond to those who don’t have a voice In the end this is all about redistributing income and power.”

She added: “Seventy five percent of people in developing countries live in places that are less equal than they were in 1990.”

The panellists were scathing about politicians, Wallis describing them as people who held up wet fingers “to see which way the money is blowing in from.”

Author, philosopher and former academic Rebecca Newberger-Goldstein saw the glass half full, drawing on history to prove society does eventually change for the better. She said Martin Luther King was correct in his view that the arch of history might be long, but it bends towards justice.

In ancient Greece, she noted, even the greatest moralists like Plato and Aristotle never criticised slavery. Newberger-Goldstein said: “We’ve come a long way as a species. The truth is now dawning that everybody matters because the concept of mattering is at the core of every human being.” Knowing you matter, she added, is often as simple as having others “acknowledge the pathos and reality of your stories. To listen.”

Mexican micro-lending entrepreneur Carlos Danel expanded on the theme. His business, Gentera, has thrived by working out that “those excluded are not the problem but realising there’s an opportunity to serve them.”

He added: “Technology provides advantages that can lower costs and enable us to provide products and services that matter to the people who don’t seem to matter to society. And that’s beyond financial services – into education and elsewhere.”

Which, Danel believes, is why business was created in the first place – to serve. A message that seemed to get lost somewhere in the worship of profit.