More on the Brazilian drought 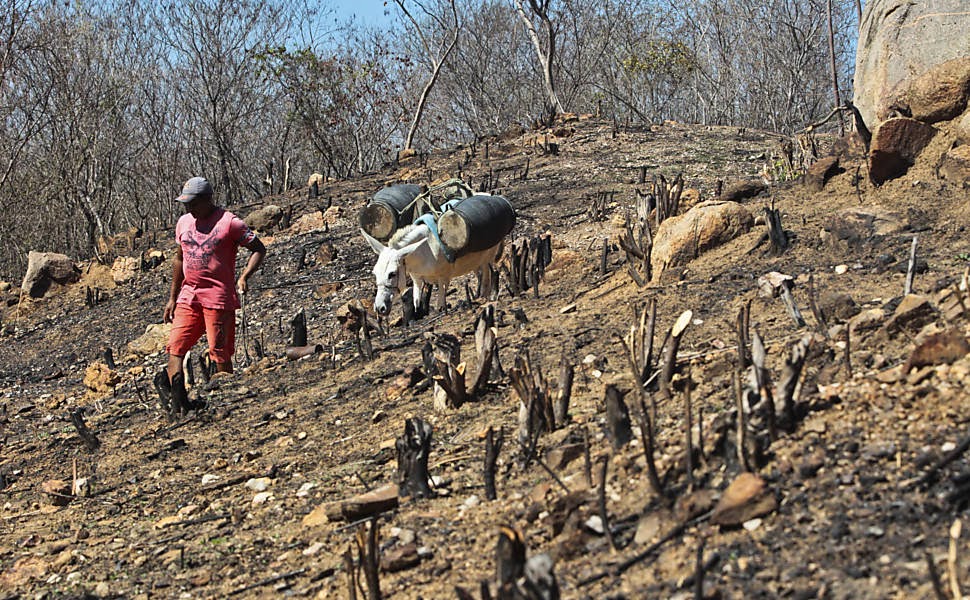 Diego Fernandes, the 26-year-old manager of a bed and breakfast in Olinda, doesn't sleep well at night.

The city is now facing unexpected water rationing during what should be the rainy season and just one month before the start of Carnival.

Officially, rationing prevents homes from ending up without water for three days per week. But, says Diego, that's not something you can trust.

"We have gone five days without water."

Right in January, when the rain starts to reach or surpass its peak in many parts of the country (including much of the semiarid region), water scarcity has reached municipalities in Minas Gerais, Espírito Santo and states located in the Northeast.

Ninety-three cities are now officially rationing water - the same amount as last year. But now the measure affects not only the small towns, but also midsize cities, including those outside of the semiarid region.

In total, 3.9 million people are affected. 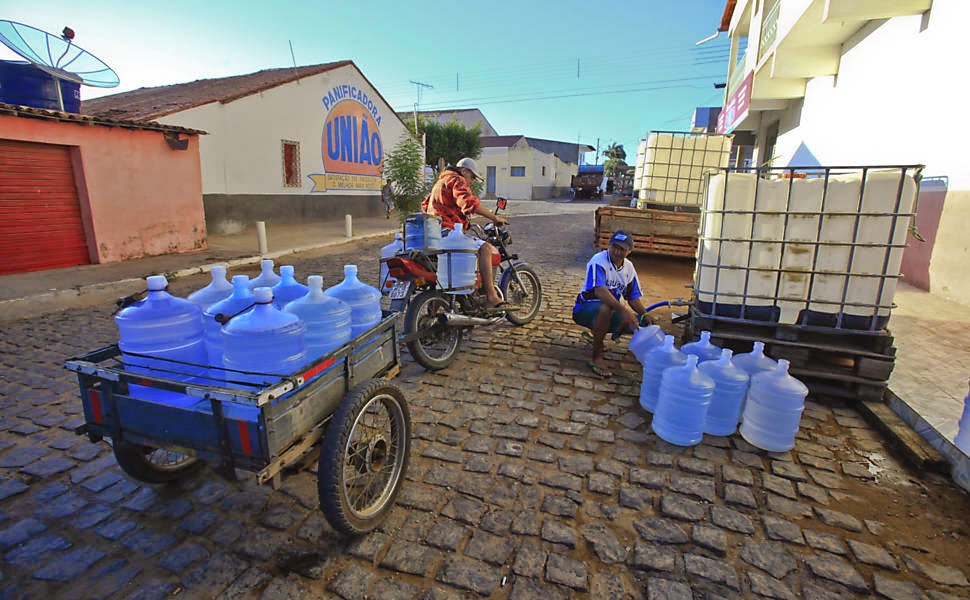 In São Paulo, now going through its worst drought in 84 years, rationing has not been declared, but water pressure has been reduced at night.

This week, a water-bill surcharge was approved for those who increase consumption.

In Juiz de Fora (MG), residents are without water once a week. In greater Recife, Olinda, Paulista and Abreu e Lima (PE) face cuts of up to three days a week.

In Campina Grande, the second largest city in Paraíba, the water supply is suspended on the weekends - another rare measure for this time of year.

The forecast shows that the drought will continue through to November.

According to the Ministry of National Integration, 907 municipalities are in an emergency or disaster situation because of the drought.

Even when rationing has not officially been declared, shortages are routine.

This is the case in Guarapari (ES), a city of 118,000 that receives an extra 1 million visitors during the holiday season, when taps are always dry, even without rationing.

Residents already took to the streets twice to protest since Christmas. The drought that affected three rivers in the region reduced by 20% the water available to supply the city.

"It's better to be without lights than without water. I like everything clean," says Ravania Santos, 29.

In Bahia, cities like Vitória da Conquista, Itabuna and Juazeiro have constant interruptions in supply, but, officially, there is also no rationing.

The companies responsible for water supply in the affected cities say they are investing in ways to combat the drought.

Cesama, in Juiz de Fora, says that is waiting on the opening of a new reservoir, and Cesan, in Guarapari, has invested US$ 22 million.

According to Compesa, in Pernambuco, the company "is building one of the largest integrated systems in the world."

Cagece, in Ceará says it has adopted measures against rationing.

And Embasa, in Bahia, says that rationing will come to an end with the placement of a new pipeline in July 2015.

Posted by seemorerocks at 21:14