The Saudi royal family and terrorism 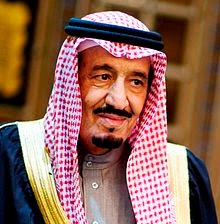 The new king of Saudi Arabia, Salman bin Abdulaziz al Saud, the half-brother of King Abdullah, who died in his early 90s from complications from pneumonia, is expected to rule with a more Wahhabist-oriented religious bent and concentrate on limiting cautious political reforms started by Abdullah. Salman is also expected to devote his energies to increasing Saudi national security. Salman’s devotion to Saudi security is hypocritical at best due to his past support for Al Qaeda, including some of the individuals implicated in the 9/11 attack on the United States. It is Salman’s involvement with financing 9/11 and other terrorists that will likely reinforce the Obama administration’s refusal to declassify 28 missing pages from the 2002 Senate Intelligence Committee’s report on the intelligence failures surrounding the attack. As the then-governor of Riyadh, Salman’s name likely appears as a «big fish» in the redacted 28 pages from the Senate report.

On the surface, Salman will not govern much differently than his predecessor in affairs of oil politics and national security. Salman will be assisted by his son, Prince Mohammed bin Salman, the minister of defense and the chief of the royal court. Mohammed was the chief adviser to his father when Salman served as the governor of Riyadh province. Prince Mohammed became defense minister when his father acceded to the throne upon the death of Abdullah.

The other chief adviser to Salman will be Mohammed bin Nayef, the minister of the interior since 2012 and the current deputy Crown Prince and Second Deputy Prime Minister. Nayef, a nephew of King Salman, is second in line to the throne after Crown Prince Muqrin bin Abdulaziz al Saud. Muqrin was the head of the Saudi Mukhabarat al-A’amah, the Saudi intelligence agency, from 2005 to 2012.

In 2006, Saudi democratic opposition leaders in Britain fingered Salman, the then-governor of Riyadh province, as providing material assistance to Al Qaeda forces operating in Afghanistan before and after 9/11. The opposition revealed that Al Qaeda members routinely traveled through Riyadh on their way to Pakistan and then to Taliban-ruled regions of Afghanistan. These Saudi insiders also reported that Salman's governor’s office arranged for cash payments, hotels, and air fares for the Al Qaeda members.

There is little doubt that Salman’s activities on behalf of Al Qaeda were known to the Central Intelligence Agency (CIA), which approved of the Saudi pipeline of providing Arab guerrillas to Afghanistan’s mujahedin forces since the early days of Langley’s involvement in the jihadist campaign to oust Afghanistan’s socialist and secular government from power. Shortly before his suspicious death in Scotland in 2005, former British Foreign Secretary Robin Cook wrote in The Guardian that «Al Qaeda» was a CIA database of mercenaries, financiers, and interlocutors used by the CIA to fight the Soviets in Afghanistan: «Throughout the 80s he [Osama bin Laden] was armed by the CIA and funded by the Saudis to wage jihad against the Russian occupation of Afghanistan. Al-Qaida [sic], literally 'the database,' was originally the computer file of the thousands of mujahedin who were recruited and trained with help from the CIA to defeat the Russians».

From the accounts of the Saudi opposition and Cook, it is inconceivable that Salman was unaware of the activities of his governor’s staff in Riyadh.

When a Saudi prince and a reputed relative of King Salman’s chief adviser Prince Mohammed bin Nayef, also named Nayef, was caught by France trafficking in cocaine in 1999, the Saudi Interior Ministry informed Paris in 2000 that if France brought criminal charges against the minor prince Nayef, a lucrative $7 billion radar defense contract, Project SBGDP («Garde Frontiere»), with the French firm Thales would be canceled. The details are found in a Confidential French diplomatic cable dated February 21, 2000. The subject of the cable was an audience between French officials and Saudi Interior Minister Prince Nayef in the case of a Saudi plane suspected of trafficking in narcotics («Prince Nayef, ministre saoudien de l'interieure. Affaire de l'avion saoudien soupçonne d'avoir servi a un traffic stupefiants.») The cable was sent by the technical adviser in the French ministry of the interior François Gouyette to the French justice ministry and the French embassy in Riyadh. Gouyette became the French ambassador to the United Arab Emirates in 2001.

The cocaine trafficked by Nayef was, according to a Confidential U.S. Drug Enforcement Administration (DEA) document, being used to fund Al Qaeda in Afghanistan. The cash that was paid to terrorist recruits passing through Riyadh was obtained by the Interior Ministry from the drug proceeds coffers held in secret bank accounts. The CIA was aware of and encouraged the off-the-books payments to the Al Qaeda recruits, just as it is doing today with the Al Qaeda recruits being emptied from Saudi prisons and paid by Saudi government interlocutors.

In 1999, the DEA broke open a major conspiracy involving Prince Nayef’s Colombian cocaine smuggling from Venezuela to support some «future intention» involving Koranic prophecy. The DEA operations were contained in a «Declassification of a Secret DEA 6 Paris Country Office» memorandum dated June 26, 2000. In June 1999, 808 kilograms of cocaine were seized in Paris. At the same time, the DEA was conducting a major investigation of the Medellin drug cartel called Operation Millennium.

Through an intercepted fax, the Bogota Country Office of the DEA learned of the Paris cocaine seizure and linked the drug smuggling operation to the Saudis. The DEA investigation centered around Saudi Prince Nayef al Saud, whose alias was «El Principe» (the Prince). Nayef's full name is Nayef (or Nayif) bin Fawwaz al-Shaalan al-Saud. In pursuit of his international drug deals, Nayef traveled in his own Boeing 727 and used his diplomatic status to avoid customs checks. The DEA report stated Nayef studied at the University of Miami, Florida, owned a bank in Switzerland, spoke eight languages, was heavily invested in Venezuela’s petroleum industry, regularly visited the United States, and traveled with millions of dollars of U.S. currency. Nayef was also invested in Colombia's petroleum industry.

Nayef was also reported to have met with drug cartel members in Marbella, Spain, where the Saudi royal family maintains a huge palatial residence. The report states that when a group of cartel members traveled to Riyadh to meet Nayef, «they were picked up in a Rolls Royce automobile belonging to Nayef, and driven to the Riyadh Holiday Inn hotel. The next day they were met by Nayef and his brother [believed to be named Saul [sic] [His twin brother is Prince Saud. Nayef's older brother, Prince Nawaf, is married to King Abdullah's daughter].)… The second day they all traveled to the desert in terrain vehicles [hummers]. During this desert trip they discussed narcotics trafficking. UN [the DEA informant] and Nayef agreed to conduct the 2,000 kilogram cocaine shipment, which would be delivered to Caracas, VZ, by UN’s people, where Nayef would facilitate the cocaine’s transport to Paris, France. Nayef explained he would utilize his 727 jet airliner, under Diplomatic cover, to transport the cocaine.

Nayef told «UN» that he could transport up to 20,000 kilograms of cocaine in his jet airliner, and propositioned «UN» to conduct 10-20,000 kilogram shipments in the future. «UN» wondered why Nayef, supposedly a devout Muslim, would be involved with drugs. Nayef’s response in light of what is now known about Saudi funding of terrorism, is worth a close perusal. During the Riyadh meeting, Nayef responded to «UN’s» question by stating that «he is a strict advocate of the Muslim Corran [sic].» «UN» stated, «Nayef does not drink, smoke, or violate any of the Corran’s [sic] teachings.» «UN» asked Nayef why he [Nayef] wanted to sell cocaine and Nayef stated that the world is already doomed and that he had been authorized by God to sell drugs. Nayef stated that «UN» would later learn of Nayef’s true intentions for trafficking narcotics although Nayef would not comment further. The Saudi prince’s drug smuggling operation was smashed by the DEA and French police in October 1999.

Drug money laundering in support of Al Qaeda terrorists in Afghanistan and Pakistan, a strict interpretation of the Koran in the future governance of Saudi Arabia, the return of the feared religious police, the «mutaween», and a crackdown on legitimate internal dissent in Saudi Arabia: this is the legacy and governance style that King Salman brings to Saudi Arabia.

The Saudis - Oil, ISIS and Revolution