The "indestructible" israeli terror army is reminded again not to fuck with ‪#‎Hezbollah‬. These warriors are NOT the Palestinian children you are accustomed to murdering on a daily basis. These men hit back and they hit back hard! ‪ 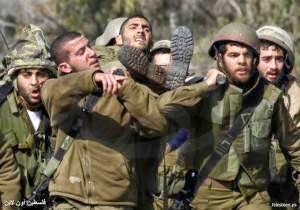 
Spain has held the Tel Aviv regime accountable for the death of a Spanish peacekeeper serving with the United Nations Interim Force in Lebanon (UNIFIL) during an exchange of fire between Israeli forces and fighters from Lebanon’s Hezbollah resistance movement.

"It was because of this escalation of violence, and it came from the Israeli side," Spanish Ambassador Roman Oyarzun Marchesi told reporters in New York on Wednesday.
Marchesi further noted that his country demands full investigation into the killing.
The Spanish defense ministry said in a statement that 36-year-old Corporal Francisco Javier Soria Toledo "died this [Wednesday] morning during incidents between Hezbollah and the Israeli army in the area of responsibility of the Spanish contingent."
Spain’s Prime Minister Mariano Rajoy expressed on Twitter his "great sadness at the death of a Spanish soldier in Lebanon."
The Security Council also condemned the peacekeeper's death in its strongest terms, and extended its sincere sympathies.

Meanwhile, UN Secretary General Ban Ki-moon has called for "maximum calm and restraint," urging all sides to "act responsibly to prevent any escalation in an already tense regional environment."
Earlier on Wednesday, Hezbollah launched a surprise attack on an Israeli military convoy in northern occupied territories, killing two Israeli soldiers.
The Israeli regime responded with combined aerial and ground strikes on southern Lebanon.
Eight Israeli soldiers were also injured while a Spanish UN peacekeeper was also killed in the clashes.
Hezbollah later announced that the attack was carried out in response to a recent Israeli strike that left several top members of Hezbollah dead.
Tensions have been on the rise in the area after an Israeli airstrike on the Syrian sector of the occupied Golan Heights killed six Hezbollah fighters and a top Iranian commander on January 18.