2014 was the hottest year on record - here's why Africa should be afraid of those high temperatures
The town of Guelmin in Morocco was swamped by more than a year's worth of rain in just four days. 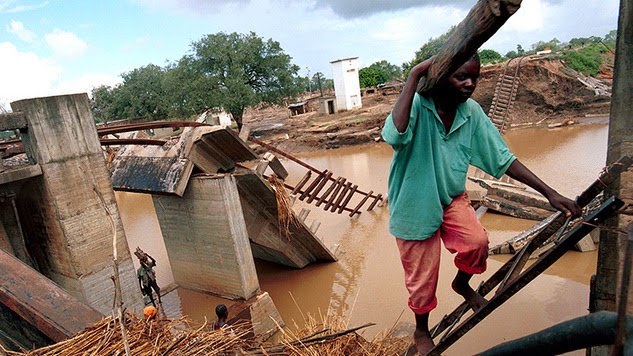 TORRENTIAL rain has hit parts of Africa this month. Mozambican authorities and aid workers say the floods are the worst natural disaster to hit the country, in parts of Malawi the government has declared a state of emergency and in Zambia the rain disrupted the much anticipated special presidential election, causing the voting to be extended. But this could all get much worse.

Last year was the hottest on earth since record-keeping began in 1880, this according to US government and NASA scientists. What concerned the NASA scientists the most however is not that it was the hottest year on record, but that the 10 warmest years in the instrumental record, with the exception of 1998, have now occurred since 2000.

The cause of concern for this trend, of continuing warming, is that it can lead to extreme weather. Like the start of this year, in Africa last year, there were several incidents and evidence of volatile weather events across the continent.
Tunisia was impacted by a heatwave in September when summer usually ends, Morocco saw October temperatures more than 3°C above average and there were also heat waves in South Africa between 16-18 January when four highest temperature records were broken.

These unexpected high temperatures can result in more droughts. In South Africa’s case the scorching January temperatures followed on from dry conditions in 2013 when the North-West Province of the country was declared to be in a state of drought disaster. This drought continued into 2014 and farmers in the North-West Province, farmers lost more than 50% of their crops at an estimated loss of about R2 billion (approximately 173 million). This led to 23,000 farmers in the province applying for drought relief. The drought was considered by agriculturalists to be the worst since 1933.

High temperatures also affect rain patterns and there were several incidents that demonstrated this. The town of Guelmin in Morocco was swamped by more than a year’s worth of rain in just four days. The monthly average for November is 17mm and the average for the year is 120m.

Heavy rains affected Mozambique. On March 26th, in Pemba City (in the north-east of the country), 587.8 mm of rain was recorded over four consecutive days, with 175.8 mm falling on just one day, a record for the area. This resulted in flooding which affected over 4000 families and destroyed over 3000 houses.
South Africa also experienced heavy rainfall in March. The rainfall during the first ten days even broke records in parts of the country. The north-eastern half of the country experienced more than 100% of what is normally expected while Gauteng, Limpopo, Mpumalanga, as well as parts of North-West, the Free State, and KwaZulu-Natal experienced more than 200% of what is normally expected. According to the World Meteorological Organisation, the floods in the North-West caused an estimated R100 million ($8.6 million) worth of damages, the estimated cost of damage to infrastructure in the City of Tshwane at R124 million ($10.7 million) and the Johannesburg Roads agency estimate the costs of repairs at R37 million ($3.2 million).

Warmer oceans
Continuous high temperatures will also have an adverse effect on the world’s oceans because as the temperature of the air rises, oceans absorb some of this heat and also become warmer. Overall, the world’s oceans are warmer now than at any point in the last 50 years. In 2014, the warmth was due to large regions of record warm and much warmer-than-average temperatures in parts of every major ocean basin. Nearlythe entire Indian Ocean was much warmer than average with a broad swath between Madagascar and Australia record warm.

The warming of the ocean causes more powerful tropical storms, and can impact many kinds of sea life, such as corals and fish. It can also result in an increased frequency of tropical cyclones since these typically form over large bodies of relatively warm water, deriving their energy through the evaporation of water from the ocean surface.

A country particularly affected by this is Madagascar, which is currently experiencing a trend of cyclones which are increasing in their frequency and intensity. On average, two cyclones hit Madagascar every three years, yet at the start of 2015 the island has already seen two cyclones. Tropical Cyclone Bansi formed to the east of, bringing strong rains, and this was followed by tropical cyclone Chedza - which is this time crossing the island - has so far resulted in the loss of 52,936 homes and the deaths of at least 35 people.

In 2014 there was also extreme weather events across the continent, though these were not necessarily unusual. Nonetheless they highlight the inability of a country to cope with extreme weather variables which, like the cyclones, are likely to increase should temperatures continue to rise.

In Kenya prolonged droughts, usually caused by increasingly poor performing rains are having devastating effects on the North of the country. Last year approximately 1.6million people were affected by 26 monthsof drought. A malnutrition rate of more than 15% is classified as a critical emergency by the World Health Organisation (WHO), yet in many parts of the country it exceeded 20%. The situation also exacerbated cattle raids in the area which are a source of great conflict.

Meanwhile in August in Cameroon‘s North Region, though it is considered to be the peak of the rainy season, heavy rainfall caused severe flooding. Many villages were swept away by flood waters, with houses and farms destroyed, animals killed and nearly 700 families (about 3,500 people) were affected. The floods further aggravated a cholera outbreak in the same area. In Ethiopia, heavy rains starting in September 2014 caused flooding in Ethiopia’s Afar and Somali regions. By 28 October, 72,680 people had been affected and more than 50,000 people had been displaced, having partially or totally lost their homes and livelihoods.

Warmer temperatures also cause rising sea levels since, as water gets warmer, it takes up more space. Each drop of water only expands by a little bit, but when you multiply this expansion over the entire depth of the ocean, it all adds up and causes sea level to rise. Africa’s low-lying areas will have more frequent flooding, and very low-lying land could be submerged completely. We’ve already seen this across Africa, particularly on the coastal areas of Mozambique, or affecting cities such as Lagos.
In Nigeria’s case, sea-level rise is expected to continue at about 3.1mm a year but in Lagos drainage remains a huge challenge, and recent floods and storm surges have produced dozens of fatalities and exposed many to water-borne diseases. Warmer oceans, as a result of rising temperatures, are also one of the main causes of rising sea levels.

Meanwhile in June  2014 in Cape Town, South Africa, over 8,000 people living in various informal settlements were affected by floods in the area. Strong winds resulted in a storm surge and ocean waves around six to nine metres tall.

Even though the events are frequent, the governments are grappling to cope with these situations were are, with rising temperatures, only predicted to get worse.


23 January, 2015
When it comes to monsoonal rainfall, the saying “when it rains, it pours” is usually an apt description. With that said, the rains that fell across Sri Lanka, Indonesia, Malaysia, southern Thailand, and Australia during the second half of December and beginning of January were unusually heavy, even for this extremely wet region of the globe.

From December 14 through the first two weeks of January, more than 39 inches (1000 mm) of rain fell in parts of Malaysia. On the Malay Peninsula, in just 24 hours between December 21-22, the city of Kuantan observed up to 10 inches (255mm) of rain.

Total rainfall (left) and percent of normal rainfall (right) for the Maritime Continent from December 14, 2014, through January 13, 2015.  Torrential rains displaced hundreds of thousands when monsoon rains coincided with the enhanced phase of the Madden Julian Oscillation. Maps by NOAA Climate.gov, based on data from the NOAA/CPC Unified Rain Gauge Analysis.

The rains extended as far south as the remote Dampier Peninsula in northwestern Australia, where, during the beginning of January, more than 400mm fell in 24 hours in Cape Leveque. The 400mm nearly double the previous 24-hr January record at the station. In fact, the number could have even been higher except the rain gauge overflowed. It was the tenth highest daily rainfall amount on record in Western Australia. Overall, rains since December 14 were 150-600% of normal across Sri Lanka, Indonesia, Malaysia, southern Thailand and northern Australia.

Many land areas in the tropics have a monsoon climate: one in which total annual rainfall is mostly concentrated into one or more rainy periods followed by less wet periods. While these areas are used to heavy rains during the monsoon, no infrastructure is capable of handling that much water in that short a period of time. Widespread flash flooding, landslides and swollen rivers caused damage across the Maritime Continent.


According to news reports from the region, landslides on the island of Java killed at least 56 people. Floods in Sri Lanka displaced over 46,000 people. Floods in Malaysia displaced over 200,000 people and left 21 dead, resulting in Malaysia government officials declaring the flooding the worst in decades. Rains in the Aceh province of Indonesia have displaced more than 120,000 people. It was amidst these thunderstorms that Air Asia Flight 8501 tragically crashed into the Java Sea, killing 162 people.

Heavy rain is typical in this region of the globe during this time of year, but these rains were truly exceptional. What might have shifted the rains into overdrive over such a large area—an area too big to blame on even a tropical cyclone? The answer lies in the enhanced phase of a climate pattern called the Madden Julian Oscillation, which shifted east over the Maritime Continent during this time period. We’ll explain how it works in a follow-up post next week. Stay tuned…When it comes to monsoonal rainfall, the saying “when it rains, it pours” is usually an apt description. With that said, the rains that fell across Sri Lanka, Indonesia, Malaysia, southern Thailand, and Australia during the second half of December and beginning of January were unusually heavy, even for this extremely wet region of the globe. 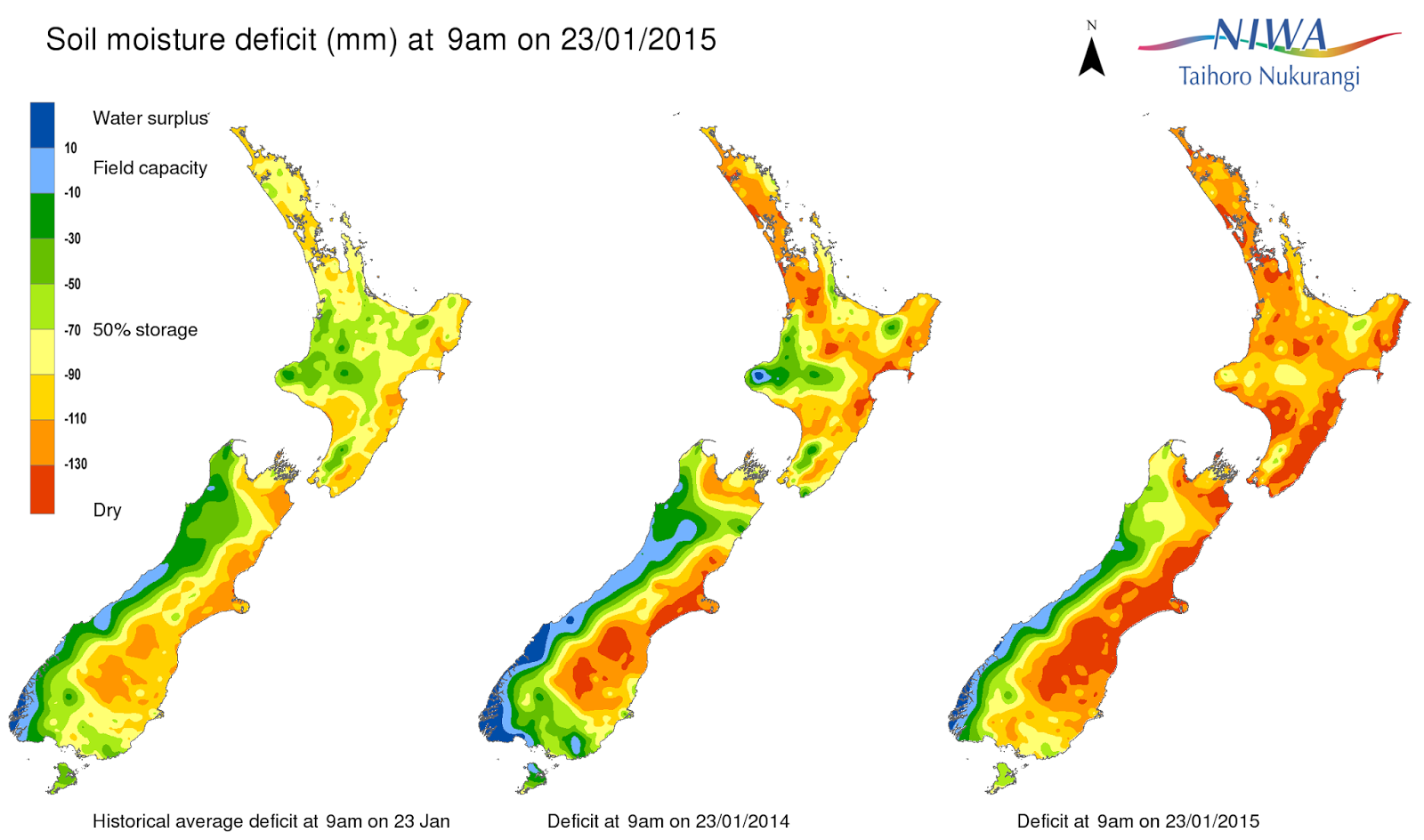