The first actions of the Syriza government in Greece

Yanis Varoufakis @yanisvaroufakis · Jan 26
Yesterday Greek democracy raged against the dying of the light. Europe and the World should join us http://yanisvaroufakis.eu/2015/01/26/yesterday-greek-democracy-raged-against-the-dying-of-the-light-europe-and-the-world-should-join-us/ …

"The Barricades Are Down" Syriza Is Already Rolling Back Austerity "Reforms"

It didn't take long for Syriza to start making changes in Greece. While these may be minor at the margin compared to the debt "issues", as KeepTalkingGreece reports, Alexis Tsipras and his junior coalition partner Panos Kammenos pushed the Fast Forward button to restore a series of so-called “reforms”, that is austerity measures imposed by the country’s lenders, the Troika - among the left-wing reforms are: scrapping planned privatizations, scrapping fees in public hospitals and prescriptions, restore “the 13th pension” for low-pensioners and other actions that SYRIZA had promised before the elections. And the iron barricades in front of Parliament have been removed.

The first revolutionary move was conducted by alternate Minister responsible for Citizens’ Protection and Public Order. Yiannis Panousis removed the iron barricades in front of the Greek Parliament. The barricades were installed to protect the lawmakers from angry demonstrators after the huge anti-austerity protests from 2010 onwards.

Panousis, who is Professor for Constitutional Law, made the announcement Wednesday morning. Right after the first meeting of the new cabinet concluded, the barricades were removed.

Alternate minister Andreas Xanthos announced the “targeted enhancement of the health sector”, scrapping the 5-euro fee at public hospitals and the 1-euro fee per prescription as well as reductions in the patients’ economic participation on drugs.
The unprecedented financial burden imposed on patients had quite some people stop taking their medication or seek charity organizations for life-saving drugs. KTG has reported many times about the plight in the Greek health sector.

Alternate Minister for Social Funds, Dimitris Stratoulis announced a stop in pension cuts and to restore the “13th pension” for pensioners receiving below €700 per month. He also said that “uninsured farmers will receive again the €360 per month.

Minister for Labor and Social Solidarity, Panos Skourletis, announced that the minimum wage will be raised to €751 gross, while the collective bargains will be restored.

Under Troika pressure in the name of so-called “competitiveness”, the minimum wage plunged down to €580 gross and €490 gross for those below 25 years old in 2012 with the effect that households could not even cover their monthly basic needs.

Alternate Minister for Administrative Reform Giorgos Katrougalos announced the re-hiring of those who were laid-off from the public sector in the scheme of “mobility”. According to Katrougalos, the lay-offs were against the Constitution.
School guards, cleaners and teachers were laid-off in masses, after the Greek government decided to fire over night some 10,000 people in order to meet Troika’s demands for a lean public administration. The lay-offs were not according to meritocracy criteria, the measure affected whole groups of employees.

Taking into consideration the SYRIZA program as announced by Alexis Tsipras on January 2oth in Thessaloniki, more anti-austerity changes are on the note book of the new government. So far all ministers made their announcements in television programs. The official announcements are expected next week in the Greek Parliament when the coalition will seek vote of confidence.

So far we heard no ministerial announcement on TV regarding the painful issue of over-taxation.

The New Greek Government Arrives In Its Residence: Finds No Power, No Wifi Password And No Toilet Soap

Things in Greece are bad. So bad, that the outgoing government of Antonis Samaras decided to not only leave the new inhabitants of the official residence of the Greek prime minister, the Maximos Mansion, without power, and without the WiFi password, but they decided to "borrow" all the soap in the toilet as well.


"We sit in the dark. We have no internet, no email, no way to communicate with each other", said an employee of the Office, who has worked for various government for years. "That's never happened before." It shows that Samaras' team have "no manners and no decency."

Because of blackouts in the Maximos Mansion the official website of the Greek Prime Minister still shows the image and the resume of Samaras - even though since Monday, the left SYRIZA leader Alexis Tsipras is the head of government in Athens.

It was the first time that a government handover has been so bitter, said the office staff to SPIEGEL ONLINE. "Everything was seamless and worked under Mr Samaras but he would not let Mr Tsipras benefit."

Samaras had already demonstrated in recent days that he is a bad loser. He was absent, as Tsipras arrived after his swearing-in of the Maximos Mansion on Monday. This Samaras broke with tradition: It is common for an outgoing Prime Minister his successor in office sitting welcomes you and wishes him success for the government's work.

The environment of the ousted conservative Prime Minister pointed out that Samaras was not required according to Greek constitution to welcome his successor welcome.

But the lack of internet access should be the least of the problems for Tsipras and his team. Greek media report that Samaras' employees have not even left the soap in the staff toilets.

Maybe we were wrong to mock Greek austerity after all.

During his first meeting with cabinet members on Wednesday, Tsipras said that they could not disappoint voters already battered by a drop in living standards caused by austerity measures.

"We are coming in to radically change the way that policies and administration are conducted in this country," he told ministers.

"Our priority is to support the economy -- to help it get going again. We are ready to negotiate with our partners in order to reduce debt and find a fair and viable solution," Tsipras added.

In series of announcements, the government signaled it would stand by its anti-austerity vows.

It said that the sale of shares in the Public Power Corporation of Greece -- the country’s biggest utility -- and refiner Hellenic Petroleum would be put on ice.

Power grid, airports, and motorway asset sales are also to be halted.

The government also announced plans to rehire employees in the public sector who had suffered unfair layoffs.

The reinstatement will include a group of Finance Ministry janitors whose plight attracted publicity last year. The government also announced pension rises for the elderly with low income.

The Greek government first signaled it was not willing to uphold creditor commitments on Tuesday after announcing a halt to the privatization of the port of Piraeus for which China's Cosco Group and other companies had been short-listed.

In an attempt to reassure markets, Deputy Prime Minister Yannis Dragasakis said that when the government implements actions, private investors would be taken into account.

"You've got a government that's anti-privatizations, so I think all privatizations will be put on hold," said an industry banker. "The reality is, if you're a new owner, do you want to have a government who doesn't like you? Best to move on to the next thing."

On Monday, the Syriza leader, Tsipras, was sworn in as Greek prime minister at the Presidential Palace in the capital Athens, pledging to do his utmost to “to protect the interests of the Greek people.”

According to the Greek Interior Ministry, Syriza won 149 seats in the country’s 300-seat parliament.

Syriza is a fierce opponent of Greece’s bailout deal with the International Monetary Fund and eurozone countries, and has vowed to reconsider the austerity measures that have caused mounting dissatisfaction in the country.

Who is Yanis Varoufakis?

Talking to Phillip Adams, on the ABC’s LNL


On my first day on the ‘job’, as Greece’s Finance Minister, I took a few minutes off to talk to my favourite voice and intellect on the wireless 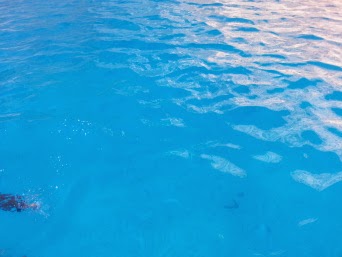 The time to put up or shut up has, I have been told, arrived. My plan is to defy such advice. To continue blogging here even though it is normally considered irresponsible for a Finance Minister to indulge in such crass forms of communication. Naturally, my blog posts will become more infrequent and shorter.

But I do hope they compensate with juicier views, comments and insights.

For hope to be revived we must all strive to change the ways of a dismal past. Maintaining an open line with the outside world may be a small step in that direction.

So, keep watching this space!