The empty shell of liberalism

In Greece, Liberalism is Exposed As A Fig Leaf
Joshua Tartakovsky 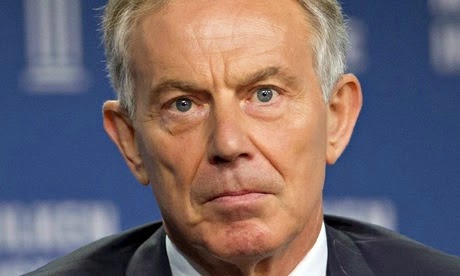 There is no place like Greece to expose ‘liberalism’ as an empty shell, devoid of any real passion for humanity, and entirely unaware of its own contradictions, a comfortable cover for neoliberalism and imperialism.

In affluent countries, the fact that liberals practice nothing of what they preach is less clear. But here, where capitalism broke at its weakest chain, political and economic realities become clear, and in the future, they may also become more clear in other parts of the world.

It is not just that George Papandreou, the Social-Democrat Prime Minister of Greece in 2009-2011, introduced the EU bailout to Greece which resulted in mass austerity for the people, while enriching the Greek financial elite and impoverishing the masses.

It goes deeper than that. ‘Liberalism’ can exist, so long as there is a large middle-class enjoying financial security, which can claim to support ‘human rights’ or ‘gay rights’ as an abstract concept, while not being deeply disturbed by the undemocratic power exercised against the public by a tiny financial elite, and by  austerity plans which means that the public bears the brunt, for (intentional) mistakes and misdemeanors  carried out by immense financial actors.

A random encounter I had several days ago with a Northern European tourist in Athens, illustrates the hypocrisy of liberalism very clearly. Had we had this conversation in a cafe in Stockholm or London, perhaps its contradictions would have not appeared as obvious.

His take on Greece:

-“The country has many financial problems, it is unclear how they can get out of it. But let us hope they will not isolate themselves.”

In other words, he is aware that Greece’s economy is doomed, and that it is doomed inevitably by the actions taken by the European North masquerading as the democratic EU (otherwise why would Greece ‘isolating itself’ be a solution?), while at the same time, in a patronizing way, he hopes that Greece would not take actions that would serve itself, so that he can continue to enjoy future vacations in the country.  That means then, that he does not really have the good of Greece, in mind, he just wants to enjoy Greece as a tourist. So why does he say with feigned concern that “let us hope they will not isolate themselves”, as if they do not know what they are doing but are an unintelligent bunch who must be patronized?
Freedom of Press in the East (Russia and China)

-“We (the European Union) are better than Russia and China, because we have freedom of the press whereas they do not.”

First, if liberalism is about values, than one should not seek to aggrandize oneself in position to another. After all, humility too is a value.

If liberalism is about “live and let live,” one should accept other systems of being. (This is besides the fact that Russia’s press and bloggers frequently criticize the Kremlin on myriad points, and that people do not go to jail for this, contrary to inventive tales.)

Secondly,  does the West truly have a free press? After all, all the mainstream media is owned by private stakeholders. That the mainstream media reports what serves its owners and obscures facts that do not, not only makes sense but is quite obvious upon closer scrutiny, at least in the vast majority of cases. That the mainstream media does not truly report about what is taking place on the ground in various places around the world is more than clear for anyone who makes a broader and deeper analysis or has been there. If one has money, one buys the media and propagates a particular point of view. This hardly means that the West has a free press. It means it has a corporate press or alternately a press that is subdued to larger interests.  For examples, Glenn Greenwald explained how many reporters in Washington DC  are afraid to take an anti-government line since then they will not receive information from the government.  The war waged against Edward Snowden who exposed US spying on its citizens in violation of the Constitution is another example, of how governments control information.

The attacks in Paris (Charlie Hebdo)

-“The Muslim immigrants need to realize that we do things differently here in Europe. Here, we have free speech and we can criticize what we want.”

First, it was quite clear from his tone of voice that he referred to them as an Other, i.e. not as full citizens in society but as foreigners who happen to live in his country. Needless to say, Muslim and other immigrants are being discriminated against heavily in Europe in almost all areas of life, especially employment. Seeing them as aliens, is his first fallacy. They should be full citizens, no different than him.

Secondly, if he would show some consistency, he would open all issues to debate and would either a. allow everything to be mocked including that which he holds sacred (though the problem with liberals is that they hold nothing sacred besides the right to mock all things), and b. recognize that insulting the religion of those whom his country formerly colonized is not the best way to go forward. Yet his innate assumptions is that he has a better culture since his culture allows him to mock others. Not a very convincing argument. (And it goes without saying that using violence to stifle artistic expressions is a criminal and idiotic act of bullying).

‘Liberal interventions’ have been waged by the West in Afghanistan, Iraq, Libya and other regions, resulting in the deaths of tens of thousands and more (among them women and gays), supposedly in order to liberate the citizens from an oppressive regime and grant freedom of speech, women rights and gay rights.

The liberal sense of  superiority has been expressed in shedding blood and staging wars. It is therefore violent.

Also, note the cases of liberal values put into action in order to justify militarism and bombing, for example: a female Air Force pilot as a achievement of feminism, a gay soldier etc.

That the liberal argument abuses the right of gays to dignity for its own sinister purposes should be obvious.

This is a long topic, since white Western Europe has for a long time viewed Russians as barbarians, and therefore will examine his claims separately:

However, the ‘invasion’ of Crimea was preceded by a ‘democratic’ coup in Kiev supported by the West in which a protest attended by many well-meaning liberals was hijacked by ultra-right forces who fired on the police. EU High Representative was caught on tape discussing the possibility that snipers were hired by the opposition to fire on protesters and yet nothing was done by the EU to investigate this. Is the toppling of a democratically-elected president with the full support of the West, not violent?

This is besides the fact that there are no Russian tanks in Ukraine and that not a single person was killed when Russian soldiers took over Crimea. A referendum was held and a majority supported joining Russia. Even if one disagrees with the annexation of the Crimea, one must first condemn the violent coup which took place before it. Everything that followed came as a reaction.

Also, I would not call centuries of colonization “solving differences by negotiations.”

-“Putin’s oligarchs are losing a lot of money because of the sanctions. Russia will not let go of Crimea, that is a done deal. But Putin will agree to give up Donetsk after he is pressured by his oligarchs, perhaps in a year.”

I explained that he is daydreaming if he thinks so, but here is why it was so difficult for him to understand:

In the Russian mentality and mindset, pressure without negotiations and attempts at bullying only result in greater perseverance.  While liberals have no real values they will die for, since their hedonism is masqueraded by a concern for “human rights”, Russians are long accustomed to suffering for their ideals and see sacrifice, rather than caving in, as a virtue. In fact, the more they are pressured, the more firm they are likely to be. This certainly applies to Putin and to the Russian people at large.

I told him, there is no chance. But he kept repeating “financial loses” and “oligarchs.”

Again, it makes sense. From his perspective, nothing is worth any sacrifice, all is empty words. He cannot understand a different view, even while claiming he respects all views. Nor does he realize the inherent problem in his position, of seeing itself as superior for being “open-minded” and “liberal.”

Let us sum up then:

Whereas until recent decades, liberalism was possible since the economy allowed for social-reforms while allowing for continued financial growth, these days, the public is made to pay via austerity, and there is less money for social programs as the power of a minuscule elite is growing. This is obvious in Greece but may become more obvious in other countries in the coming years. Here, one must attempt to find real and drastic solutions that will write off the debt of the unemployed, fund hospitals and provide education, of society will collapse.

What characterizes liberals is the fact that they:

1.Seek comfort above all else, not sacrifice for their ideals

2.See themselves as superior, not aware of their own contradictions in that modesty is supposed to be a virtue (“I am better because I am open-minded.”)

3.Use progressive covers for the implementation of  imperialist policies and savage capitalism:

Christine Lagarde, the head of IMF, eulogized King Abdullah of Saudi Arabia as a “strong advocate of women.” This is liberalism today: A French female running a bank that brought down entire economies praising an Arab man for his tolerance towards women, thereby showing she is open-minded and can see liberal values in others. She must be proud of herself for this.

4. Support savage capitalism that is harmful for the environment and has reached its limits, while appointing a black man (Obama) to provide a nice face to US  subversions around the world. . To be reminded, Obama’s government had undermined the privacies and civil liberties of US citizens more than ever before.

Liberalism is a comfort position. In other countries where the economy is affluent, it is still possible to hold it and believe oneself. In Greece, it is no longer possible.

As Christopher Barnett said, “liberals are the last buffer zone of capital.”