The anti-government activists claim they have hacked personal computer of Ukraine’s Judge Advocate General and copied a number of classified documents. These documents are allegedly exposing some dark secrets of Kiev’s authorities regarding the real state of things in the zone of the so-called ‘anti-terrorist operation’ in the eastern Donetsk and Lugansk regions of the country.

The price of the warfare resumed by President Petro Poroshhenko in the east is terrifying. The hacked documents claim at least 1,100 servicemen of the Ukrainian army have lost their lives over the period of the last two weeks. Many dozens Ukrainian soldiers gave up to separatist forces. Ukrainian army has lost over 100 tanks and the armored vehicles.

This information comes into collision with the latest reports by Kiev generals about “no losses”, “defeated enemy” and “thousands of eliminated terrorists”.


The explanation to this is simple: according to the documents allegedly hacked, Ukraine's Security Service (SBU) has officially forbidden the Defense Ministry to reveal true casualties among servicemen. [SEE THE TRANSLATION BELOW]

Relating to orders by Defense Ministry, General Staff of Ukrainian Defense Forces and Head of anti-terrorist center of the Ukrainian Security Service to restrict from 26 Jan 2015 the presentation of data on real losses in the area of anti-terrorist operation. The documents the hacktivists claim they have obtained paint a grim picture of the Ukrainian warfare: discipline of the troops is undermined, troops are running out of reserves, mobilization is stalled as army draftees are escaping the country, mostly running to Russia and other neighboring states.

With the lack of the hardened troops, Ukrainian military leaders order recruits into meaningless attacks on multi-layered defenses of the separatists, which results in havoc and vast casualties.

The Ukrainian military have even employed barrier troops who fired at their fellow servicemen in order to prevent their retreat, as could be learnt from the documents.

CyberBerkut has accused Ukrainian commanders of defecting, leaving their subordinates on the battlefield. The zone along the frontline is full of prowling deserters and blood-thirsty psychopaths dressed up in Ukrainian uniforms, claims
the group.


“We’re CyberBerkut. We don’t forget, we don’t forgive,” announced the hacktivists, promising to follow up on “other criminal organizations” that started “civil war in Ukraine.”

According to the Saker, this article was wrongly ascribed to Zakharchenko, but is actually written by Eduard Birov (who blogs as "Russkiy Malchik" here: http://russkiy-malchik.livejournal.com/)
"When the word comes ‘it’s time’" 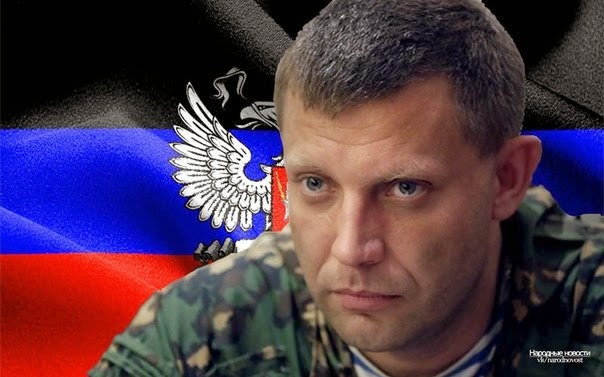 If one is to speak without geopolitical complexities and nuances, the situation is extremely simple. This is a battle for the continent, for the international system, for one’s own taiga. They are desperately attacking us and are trying to take us down quickly. They use all means at their disposal, except for direct military intervention on Russia’s territory. They are destroying Russians outside their borders, they are raising foreign legions in order to invade the country. The West undertook to destroy us for the simple reason it is trying to avert its own destruction. The main factors are the destruction of the economy and of the political authorities of Russia.

The main factor that might allow them to accomplish this is the decay within Russia, a split within the Russian government, the spreading of hatred among the people. That’s the reason for the constant provocations and the divide-and-conquer policies: inter-ethnic animosities, hatred toward the state, toward big capital (specifically the pro-Russian), toward the Orthodox Church, toward its own people and everything around it. All of that is being done to get Russia to destroy itself from within. But that’s precisely what is not happening. Everything is breaking apart against the unity of the government which has the support of its people which feels as if it was in a besieged fortress together with its leader. Even capitalists like Usmanov, Vekselberg, and others, who chose the West, moved their assets from offshore accounts back to Russia. Even Shuvalov swore his loyalty to Putin in Davos. To say nothing of ordinary mortals. No matter how much is said about “Putin the billionaire” and the government for sale, in spite of all the problems and the worsening financial situation, the solidarity with the national leader is not only not growing weaker, but is getting stronger. What is more, the people want him to act more firmly and not compromise with the West, no matter what the cost.

This is what angers the West so. It is trying to promote division and chaos in Russia but it is not happening. The only remaining possibility is to try to destroy the economy, to deprive Russia from access to dollars (which for the West itself is the equivalent of hara-kiri), or to convince Russians that Putin is their enemy and thus deprive him of his national support. Yes, the so-called patriotic maidan. There is an opportunity here, but a small one. And it is closely tied to the situation on the Donbass. It’s a primitive calculation: keep shouting that “Donbass was abandoned”, “there are idiots in the Kremlin”, “Surkov sold out”, etc. Putin is kept out of the line of fire in the first round, and the whole emphasis is on the myth of a palace coup (i.e., Putin was betrayed, they are deceiving him). But they are also pushing the “Putin abandoned the Donbass” line, and sooner or later someone will shout “we have no Czar!” and “down with the Czar!”. This, in a situation of conflict with the West, ought to help topple the “Putin regime.” Donbass is being used as leverage to increase dissatisfaction with the Kremlin: if you introduce Russian forces, you become an international pariah and Hitler (which is more or less how he has been labeled), if you don’t send in troops, you are a traitor.

Moscow chose an intermediate approach of containing Western aggression (until the x-hour) and indirect military confrontation on Ukraine’s territory. Yes, this is not the best variant from the perspective of the Donbass inhabitants. Moreover, it is a forced strategy based on the current realities: Russia’s forces are insufficient for a rapid victory over the consolidated West which, even though it is a giant clay feet, is still the dominant force in the world. As part of this post-Crimean strategy, Russia is taking steps which are far from obvious, but which nevertheless allow the aggression to be repelled. Yes, the position adopted by the eternal critics, who demand a cardinal resolution of the Ukrainian question arguing that it will have to be done “sooner or later”, may seem just and attractive to a patriotically-minded people who suffer at the sight of the dead inhabitants of the Donbass. But the critics don’t want to understand that in their desire to strike the final blow here and now, they are helping the West by forcing the Kremlin to strike when the West still has sufficient power. But the time is working against Washington. Even though it is assembling foreign legions against Russia and is taking Russian lives every day, it is not accomplishing its own task of destroying Russia in the nearest few months. To remove it from the world map as a single political unit. Break it up as an organism. If you want to take up the fight “sooner”, you may not find yourself living in Russia “later.”

If the majority of us understand it with our hearts and minds, then the final victory will be Russia’s. But if we stray from that path, even with good intentions, in the hopes of solving the problem here and now, we will lose. Everyone’s duty right now is to help the Donbass to the extent they can, and not give in to emotions, even if they are sincere or provocative. Be fully prepared for the moment when the word comes “it’s time.”

He perished during a Ukrainian artillery attack.
In the Donets hospital on Kalinin hill there are mountains of corpses of citizens 0 men, women and children - among them Sasha 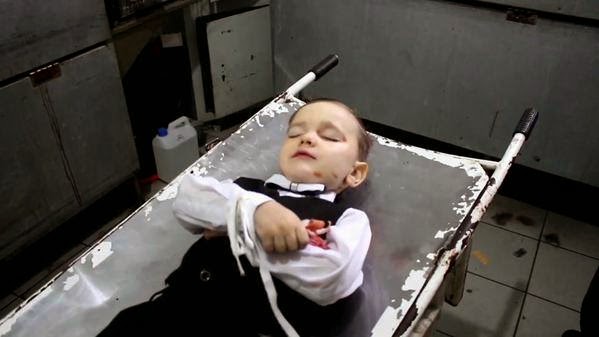