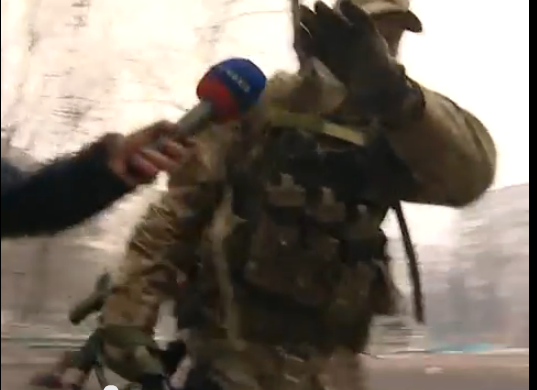 An American mercenary caught on camera at 2’:35” in Mariupol among the junta's special forces,talks but hides his face

The aim of Kiev junta was to blame army of Donetsk republic in this crime. So, local TV channel sent reporter to make "right" video. First soldier in uniform of Ukrainian army whom she tried to questioned about situation answered her by American English. Try to imagine it, first "Ukrainian" soldier who came to her way was US mercenary. He screamed to her: "Out of my face! Out of my face, please!" by fast US accent and cover face by arm. You see him in the first photo.

Second mercenary was found in the video of fascist battalion "Azov". Azov made own propagandist video about this shelling in the Mariupol. This foreign mercenary don't hide face in the video, because his colleague recorded him. By accent he could be from Britain or Scandinavian countries. Anyway, he is illegal mercenary, terrorist, who wear uniform of Ukrainian army with shoulder patch "Azov". You see him in the second video.

Both video about mercenaries were uploaded to official channels of owners of video: "Mariupol city news" and "Azov".

So foreign mercenaries in the city Mariupol are something ordinary for them. 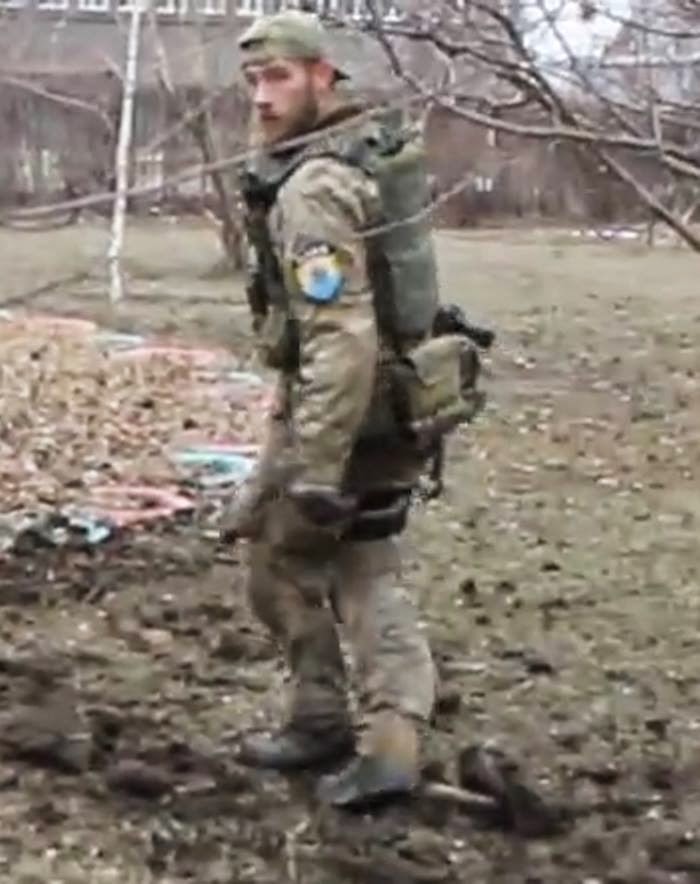 Posted by seemorerocks at 09:44