This got me searching and I found these items discussing the urgency of spiritual awakening and what the prospect of the human species has for Consciousness.

First a quote from Shakespeare

"She should have died hereafter.
There would have been a time for such a word.
Tomorrow, and tomorrow, and tomorrow,
Creeps in this petty pace from day to day
To the last syllable of recorded time,
And all our yesterdays have lighted fools
The way to dusty death. Out, out, brief candle!
Life’s but a walking shadow, a poor player
That struts and frets his hour upon the stage
And then is heard no more. It is a tale
Told by an idiot, full of sound and fury,
Signifying nothing." 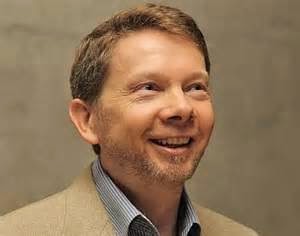 Your spiritual awakening is not only for yourself, it is a gift you give to humanity. For the first time ever in our history, humanity needs desperately to awaken. If this does not happen, we are at risk of losing the life we know, of becoming a race extinct.

The Earth is faced with a radical crisis of yet unknown proportions. Never before have we had the capacity to pollute our air, food and water. Never before have we been so heavily armed and angry that a single incident (of ego reactivity) can spawn an all-out decimation of our population, the human race and the great animal kingdom we share this planet with.

As with any radical crisis, we are faced with a monumental choice: we continue to live and behave along the old patterns -- the very patterns that brought us to this point of crisis – or we recognize that we have outgrown the old ways and we must rise above the familiar and EVOLVE. In the crisis we face in the world today, both individually and collectively, the bottom line truth is this: we must evolve or die. It is that simple.

The true culprit for the many difficult and life-threatening problems we face in the world and in our lives is the dysfunction of the egoic mind that is unique to human beings. We may be more evolved than the animals with whom we share this planet, but our use of our higher brain function is not keeping pace. We are growing technologically much more quickly than we are spiritually. This presents a dangerous situation. This situation has been cooking for about a hundred years and is now a pressure cooker that can blow at any time.

Don't be fooled by the New Age and New Thought promises that we can visualize our way out of the crisis and create a new world with our thought and vision. Evolution is not this easy.

The transcendence of thought is nothing more than discovering and realizing a dimension within yourself that is beyond thought. It is the source of thought itself. It is the true higher mind. And we know this mind, we recognize and connect to it, by the simple act of Presence, Being, and settling into a heart-based consciousness.

Our evolution is a shift from identification with form and ideas (ego consciousness) to the increasing awareness of our own existential Being.

Awakening is the most urgent need of humanity and it is the primary purpose in your life.